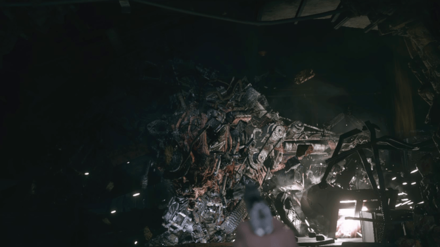 This is a guide on how to beat Karl Heisenberg, a boss in Resident Evil Village. In this Heisenberg Boss Fight guide, read on to find out his attack patterns, weaknesses, and include tips and tricks on how you can defeat him!

After grabbing Heisenberg's Key and defeating Sturm inside of Heisenberg's Factory, you'll notice that item pick-ups become much more frequent. Grab as much material as you can, and watch two cutscenes unfold. You will be given a tank to ride – use this to ride up the elevator and meet Heisenberg. 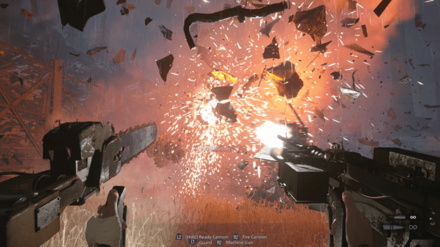 As a being who can control metals, Heisenberg is a dangerous foe. Although powerful, he chooses instead to take on an unnatural form – a union of flesh and blood – where he uses spinning blades to assault you. He will come in close for the kill, or should you dish out enough damage, shield himself with metal plates to guard against your attacks.

How to Beat Karl Heisenberg 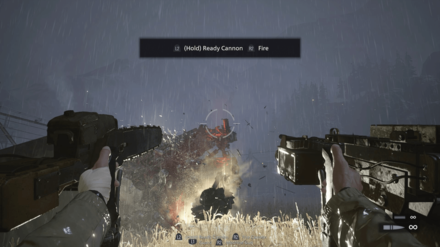 The first phase of your fight with Heisenberg occurs on the back of the tank Chris fixes up for you. There are two fire modes for this tank: a Machine Gun and a Cannon. Target Heisenberg's weak spots, highlighted in red. It is recommended that you go after its "arms" until they're sheared off, weakening him. 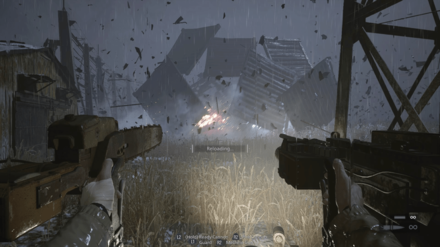 Dealing Heisenberg enough damage will cause it to use metal plates to shield itself. If you do not interrupt him while doing this, he will send these plates crashing back down to Earth. Shoot your tank's cannon into his face in these situations. 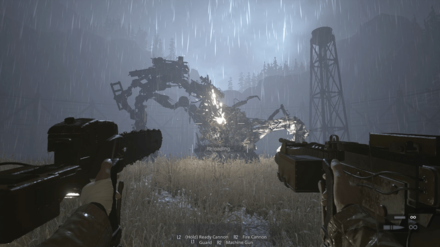 Keep peppering Heisenberg with both Machine Gun and Cannon. These weapons do not run out of ammunition, which keeps you in the fight until you can sheave off its arms. 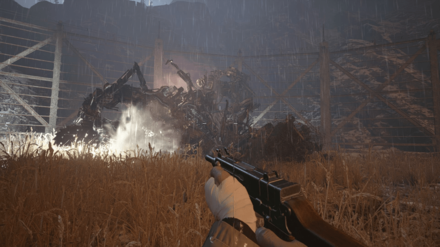 When your tank is destroyed, it is best to move away from your enemy. Run away as far as you can and listen closely to Heisenberg. When he attacks, and misses, turn around and unload your shotgun into his face. If you still have rounds for your Grenade Launcher, now is the time to use them. 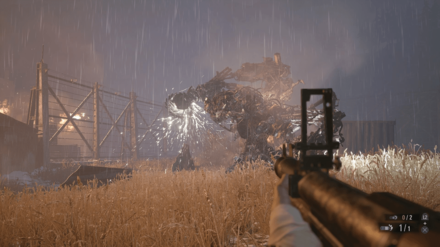 Heisenberg's only real weakness now is that its face is partially exposed. Target this as much as possible when you shoot. There will come an instance where a third arm will be built atop his body – you may shoot the weak spot at the very bottom of this extra appendage, which floats just above Heisenberg. 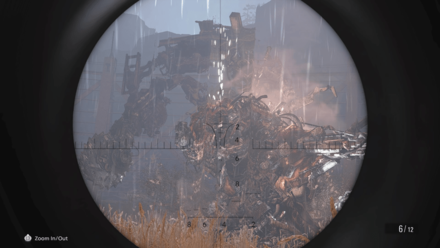 Safe shooting – at a distance! Load up your rifle and run away as far as possible from Heisenberg. As soon as you get enough clearance, turn back and start shooting at its face, which is exposed. It only takes a few shots to end this fight, which conserves some of your other weapons' ammo for later on.

Once you're on foot again, use your grenade launcher to hammer Heisenberg with explosive rounds. Although they don't appear to do much, they go a long way in ensuring that you come out of this engagement in victory – they also sometimes disrupt his attempts to attack you with his blades. You can also use the Wolfsbane Magnum to fire into his face. It will only take a few shots if you have the ammo.

You can't plant mines in this fight, but you can still use Pipe Bombs if you have them. Finally, focus all your shots into its face to ensure you win.

In order for us to make the best articles possible, share your corrections, opinions, and thoughts about 「How to Beat Heisenberg | Boss Fight Guide | Resident Evil Village (Resident Evil 8)」 with us!