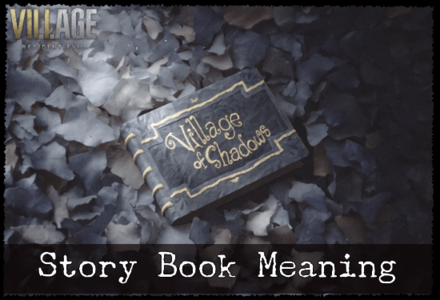 A curious tale told to a young Rosemary by her mother, of a young girl picking berries with her mother. What could the Story of the Village of Shadows mean? How does it tie into the main story of Resident Evil Village?

What is the Story Book? 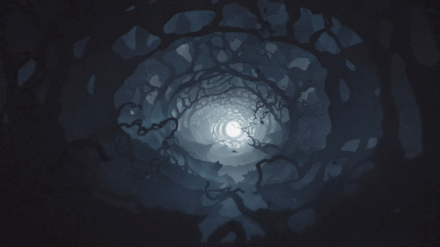 As you start off a new game in Resident Evil Village, players are treated to a short but informative story told by Mia to her and Ethan's daughter Rosemary, titled as the Village of Shadows.

Although seemingly unimportant in the grand scheme of things, the story actually reveals many of the plot beats that the Main Story goes through as you progress through it. 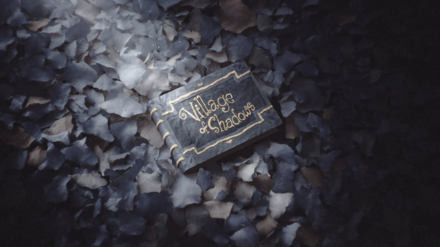 The Village of Shadows story begins with with a young girl and her mother heading out into the forest to pick berries. The girl runs free from the mother, getting lost in the dangerous woods and meeting creatures that she gains gifts from: the Bat Lord, Dark Weaver, Fish King, and the Iron Steed.

Although the first three creatures give her their gifts willingly, she mistakenly takes away the last creature's gift, the Iron Steed, without it approving – this causes the Steed to summon the other monsters, prepared to cause her harm. The story ends with a Witch appearing, causing the young girl to be trapped.

Ties to the Main Story

The story of the Village of Shadows can be taken in two ways by those who wish to examine it closer: an allegory of Mother Miranda's journey throughout the years, and as the simple and straightforward story of Rosemary herself.

A Story About Rose 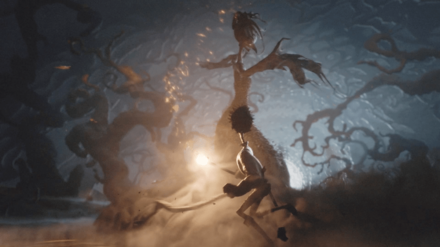 Players who finish Resident Evil Village will get to re-hear the story of the Village of Shadows in a more complete fashion. In it, the girl still gets lost in the woods, similar to how Rosemary was abducted and taken to the Village.

Ultimately, as the Witch (Mother Miranda) would go on to trap the girl, her father finds her, sacrificing himself to save her and her mother as they escape the woods. This is similar to how Ethan raises hell in the Village, taking down each of the Lords (Creatures) until he sacrifices himself fighting against Mother Miranda to save Rosemary as she, Chris, and Mia escape. 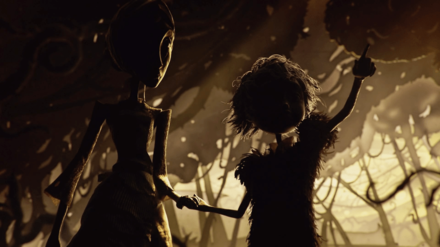 Taking the Village of Shadows story into account, we can view the story as an allegory to Mother Miranda taking the "Gift" of life from each of the four lords that serve her through experimentation that ultimately changed them in several ways.

Unlike the four other lords who give their gifts willingly, Karl Heisenberg (Iron Steed) was the only one of the four who refused to serve willingly and would go on to plan a rebellion against her, similar to how the Iron Steed raised the other three creatures to bring harm on the girl.

In order for us to make the best articles possible, share your corrections, opinions, and thoughts about 「Story Book Meaning | Resident Evil Village (Resident Evil 8)」 with us!