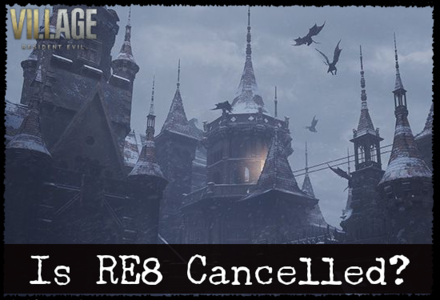 During the summer of last year, rumors began to spread of Resident Evil Village potentially being cancelled for the PS4 and the Xbox One. Check here to see whether the game is actually cancelled and if the rumors are true or not!

Was Resident Evil Village Cancelled for PS4 and Xbox One?

In summer of 2020, a rumor was announced on Twitter by a Resident Evil insider that the game will only be coming to next gen consoles.

According to the rumors, Resident Evil's graphics would slow load times on previous gen consoles, so the decision was made to only focus on next gen. This would ensure almost 0 load times and allow the team to focus on utilizing the most of next gen console graphics.

Despite these rumors of Resident Evil Village being cancelled for previous generation consoles, there has been no official announcements or evidence from Resident Evil to indicate that the PS4 or Xbox One versions have been cancelled.

Currently, on the game's official site, all planned platforms are listed and include the PS5, PS4, Xbox Series X, Xbox One, and PC.