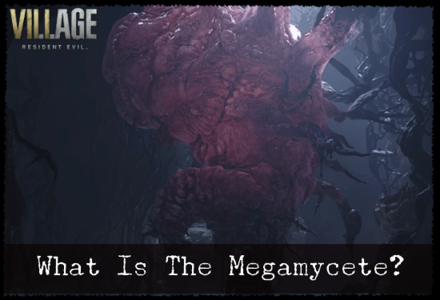 As questions about Ethan, the Village, and the Four Lords are answered, Resident Evil Village raises new ones for you to ponder. What is the Megamycete? And what is its connection to the Molded, Mother Miranda, and Rosemary?

The Megamycete is a superorganism that Mother Miranda found after her daughter's death. It is capable of inducing superhuman abilities in its infected hosts, such as Mother Miranda herself, and was used in experiments that would eventually develop into the Cadou.

Resident Evil 7's central infectious "virus", the Molded, was sourced from the Megamycete itself. 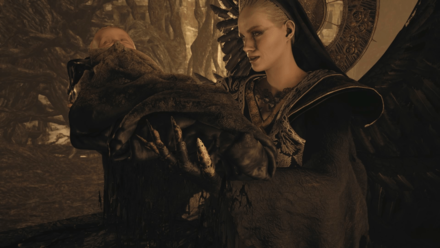 Almost a century before The Village's start, Mother Miranda lost her child, Eva, to the Spanish Flu. She discovers the Megamycete and from it the Mold.

She experimented on the helpless people of the Village, ultimately developing a fetus-like organism to infect hosts with called the Cadou.

These Cadou were used on villagers until four people took well to it: Lady Dimitrescu, Donna Beneviento, Salvatore Moreau, and Karl Heisenberg. 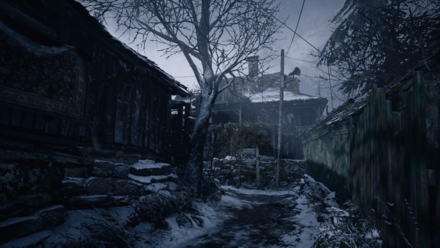 Samples of the Mold were able to be obtained by The Connections, which was the organization Mia used to work for. Eventually, the bioweapon developed from it would escape and cause the incident at the Baker Residence.

These would domino into a Molded construct of Ethan being made, with his and Mia's daughter Rose being a product of a Molded individual which is the reason why Mother Miranda takes an interest in them.

The Megamycete is a network of consciousness that Mother Miranda plans to exploit – using the data stored within the Megamycete to revive her daughter, Eva, with Rosemary as her vessel.

Complete the Root of the Matter Challenge 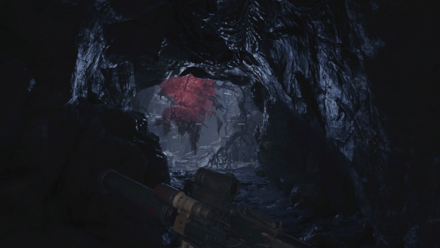 At the end of Resident Evil Village, the Megamycete was destroyed in true Resident Evil fashion – resulting in the death of Ethan himself.

However, we know from files found in Miranda's secret lab that Oswell Spencer, the founder of Umbrella Corporation, visited Mother Miranda once to study her work. It is possible that samples of the Mold still exist, particularly with The Connections, and could perhaps be used to create yet another Megamycete.

In order for us to make the best articles possible, share your corrections, opinions, and thoughts about 「Megamycete Summary | What is the Megamycete? | Resident Evil Village (Resident Evil 8)」 with us!