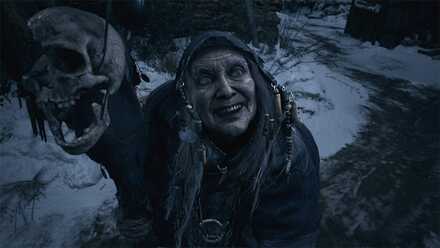 A mysterious old woman who speaks in riddles and hides behind veiled meanings, the Old Hag is one of the many faces to be interacted with in Resident Evil Village. Who is this old woman, and why is she alive in a Village where many are dead? 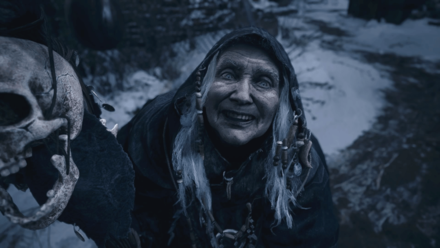 A mysterious villager who appears at different points throughout Ethan's journey. An unassuming woman who utters strange sayings to him, she seemingly helps Ethan along, leaving clues to the whereabouts of his daughter. 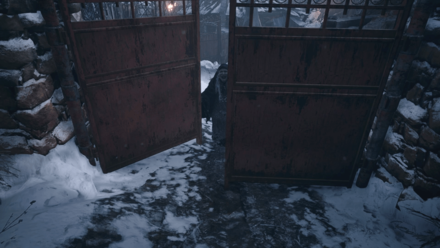 As he steps out from a fight for his life, Ethan meets The Old Hag for the first time – the first named Villager who he meets. Throughout his journey, he meets The Hag several more times, with each time being ones where she provides him clues as to the whereabouts of Rosemary.

The Truth About the Hag

After Ethan's fight with Heisenberg, Mother Miranda appears, taunting him with allusions to the fate of his daughter.

As her powers work to raise Mold-like trees all around, we see her shift from form to form – shifting one time into the form of The Old Hag herself.

She had been helping along Ethan all this time, providing him with riddles clues, with one of the times she meets him being when he gains the key he would go on to use to get into each lord's domains to get the parts of his daughter.

In order for us to make the best articles possible, share your corrections, opinions, and thoughts about 「Old Hag Character Profile | Resident Evil Village (Resident Evil 8)」 with us!