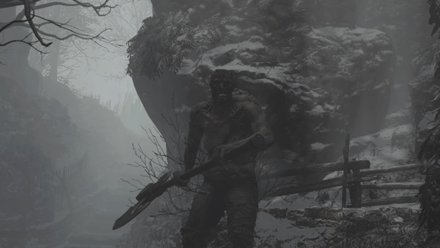 This is a guide on how to beat the Beneviento Treasure Giant, a boss in Resident Evil Village. This page will explain the Axe-Wielding Giant's attack patterns, weaknesses, include tips and tricks on how you can defeat it!

The Giant gets the jump on you when you return to the entrance to Beneviento's house to collect the treasure from the solitary grave in front of the main doors. The Giant serves as the guardian to Beneviento's Treasure.

How to Get Beneviento's Treasure 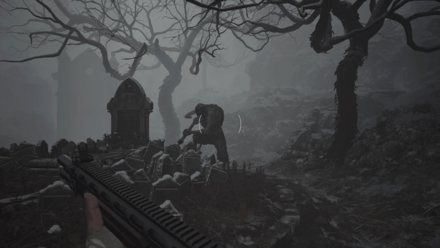 There aren't many variations with the Giant's attacks. It can jump in the air to bring its axe down on you for massive damage, it can chase you around to take a single swing, and it can perform a multi-hit swinging axe attack that you'll want to avoid. It can also Summon Moroaica after taking enough damage. Overall, it is a slow creature that deals massive damage if you are caught.

How to Beat the Beneviento Treasure Giant 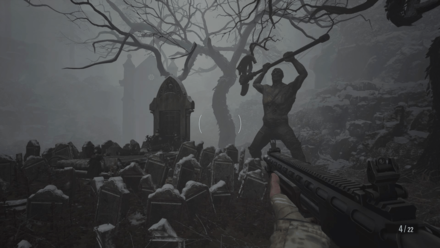 The Giant moves slowly, allowing you to engage it from a distance. The grave in the center serves as a barrier between you and the boss, allowing you to avoid its close-ranged attacks. Shoot it from afar with the F2 Rifle if you can spare some ammo, as it is particularly useful for landing headshots to deal extra damage.

One attack to avoid at all costs is the leap attack. The Giant will crouch down before jumping straight up, bringing its ax down on you as it lands. When you see the Giant start to crouch, keep moving to avoid taking damage.

Backing away far enough towards the entrance causes the Giant to stop chasing you. Use this strategy to cheese the boss safely, however, don't get too comfortable as his attacks have a long reach, and even taking one hit could mean death or the loss of a First Aid Med. 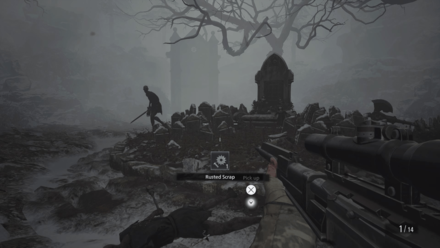 Eventually, the Giant will yell out to summon the help of Moroaica, similar to how Urias, a boss in the main story, can call down Lycans to aid him. You must choose between running around these new foes, which requires you to keep moving while taking potshots at the Giant, or simply killing them altogether.

It is recommended to just kill them outright, as even with the Giant dead and defeated, they will continue to harass you. 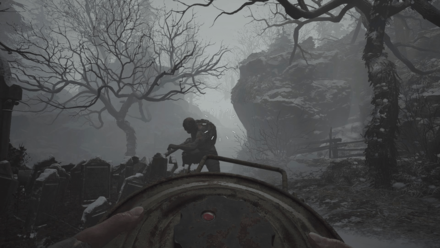 Since the Giant follows behind you, you can lay down traps for it along the path. From a safe distance, set mines down as it chases you to deal some serious damage.

It doesn't matter which weapon you choose to fight against the Giant – what matters is that you bring plenty of ammunition and explosives. The Giant is rather bullet spongey, making the task of taking it down easier said than done. There are no exploitable weaknesses, a problem compounded upon by the presence of Moroaicas.

Just hammer it with all that you have until it's dead.

In order for us to make the best articles possible, share your corrections, opinions, and thoughts about 「How to Beat the Beneviento Treasure Giant | Boss Fight Guide | Resident Evil Village (Resident Evil 8)」 with us!