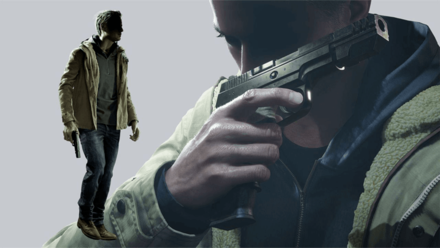 The main protagonist Resident Evil VII returns on a quest to rescue his daughter. Read on to find out more about Ethan Winters in Resident Evil Village! 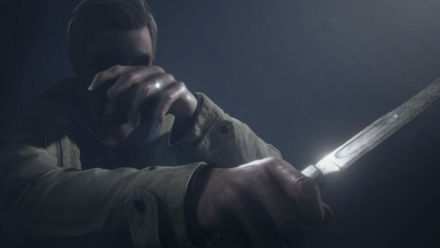 After Mia disappeared, Ethan was forced to look for his wife in the parishes of Louisiana. After surviving the dangers found all around the Baker estate, he was rescued alongside Mia by Chris Redfield. He lived under the protection of the B.S.A.A. with Mia and his daughter Rosemary until one day Rosemary was taken.

At the start of the game, Ethan's daughter Rosemary is taken away and his wife Mia appears to be killed by Chris Redfield. Although Chris' motives are still unclear, Ethan is determined to get his daughter back by whatever means necessary.

By some means, Ethan makes his way to the mysterious village. There, he encounters several new enemies, such as Lycans, as well as the four lords who serve Mother Miranda. Can he save the people of the village who are being plagued by monsters, stop the sinister plot of Lady Dimitrescu, and rescue his daughter all while staying alive?

The Truth About Ethan Winters

As he begins to settle in for a quiet night with his wife, Ethan is forced to ground by gunshots in the dark, seeing his wife, Mia, gunned downed.

However, the truth of that night is that the enigmatic Mother Miranda had taken the form of his wife, all with the intention of abducting the Winters' daughter, Rose. Through many battles, he learns that he truly did die at the Baker Residence, his body and mind now being made completely of the Mold.

With Chris' help, he takes down the last of Mother Miranda's servant lords, ultimately sacrificing himself to save his daughter and ensure that Mother Miranda is completely destroyed.

In order for us to make the best articles possible, share your corrections, opinions, and thoughts about 「Ethan Winters Character Profile | Resident Evil Village (Resident Evil 8)」 with us!