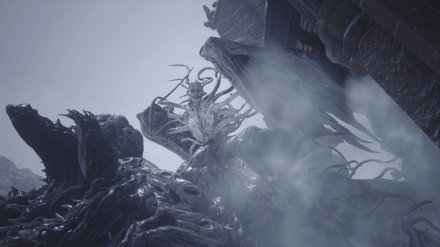 This is a guide on how to beat Lady Dimitrescu, a boss in Resident Evil Village. This Lady Dimitrescu Boss Fight guide will explain her attack patterns, weaknesses, and include tips and tricks on how you can defeat her! 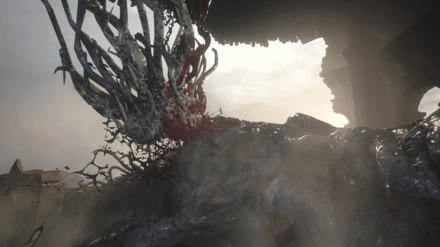 Lady Dimitrescu's new form will have her fighting in two ways – by sending swarms of insects at you, or by landing to strike at you from up close. Neither are easy to avoid taking damage from, requiring you to stay mobile as you try to hit at her humanoid form from up the creature's back.

How to Beat Lady Dimitrescu

Shoot at the Humanoid Form 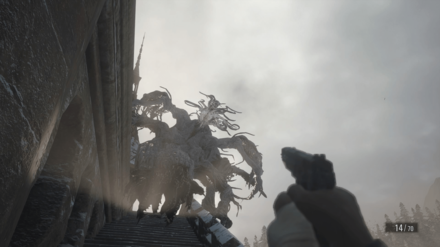 It's easy to mistake shooting the flying portion of Dimitrescu's form as the best way to go about the battle. However, doing this leads to her taking minimal damage from you. Instead, target the only "Human" looking part of her new form to deal the best damage. 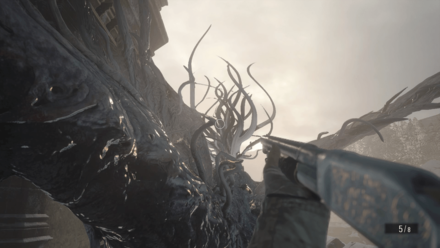 When she lands on the tower, you can do a complete run-around that brings you behind Dimitrescu. With your pistol or shotgun, you can take potshots at her. However, be careful, as she can turn easily with a stomp that deals you damage.

Use Your Sniper Rifle 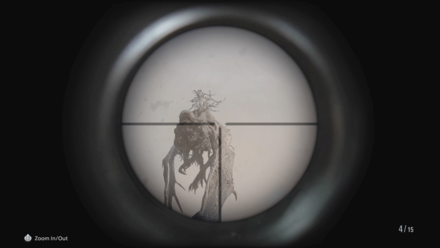 Before engaging in this battle, make sure that you have the F2 Rifle in your inventory. Dimitrescu switches between flying around the tower and landing on it. When she flies around, she doesn't do much apart from preparing to unleash a swarm of insects – this is the perfect time for you to hit her with your rifle.

A well-timed shot will send her tumbling down only to crash into the tower. When she lands, she will be vulnerable for a few moments, allowing you to unleash a spray of bullets into her human torso. 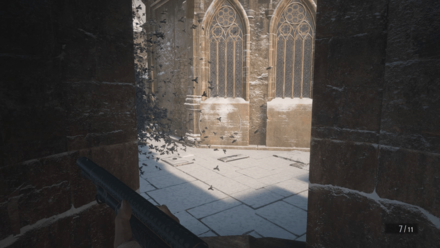 When she starts flying around the tower, you can take potshots at her with your rifle. But once she starts sending in insects, return from the alcove you exited to get to the top of the tower – inside, you are safe from taking any damage from them.

Dodge Back and Forth in the Last Phase 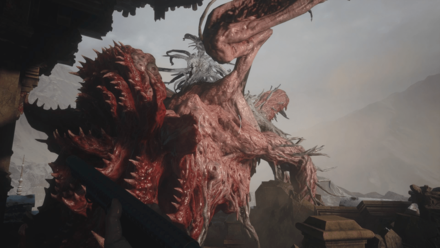 During the last phase of the fight, it will be you and her up close and personal on the top of the tower. During this part, be sure to run to either the left or right side and attack her with the shotgun. When she faces you and turns a shade of red, stop firing and run back to the other side to avoid her charge.

It is best to use the shotgun in this close-up fight, as you can maximize your damage output due to the confined space.

Pistols are not enough for this fight, although they do add small amounts of damage if you can shoot them at Dimitrescu well enough. As much as possible, make use of your shotgun and rifle at close range and long-range respectively.

Pipe Bombs may also make affairs easier if you can throw it accurately at her. Once she has received enough damage, she will force you to ascend a spiral tower, where you may use the M1897 to continuously damage her until the fight ends.

In order for us to make the best articles possible, share your corrections, opinions, and thoughts about 「How to Beat Lady Dimitrescu | Boss Fight Guide | Resident Evil Village (Resident Evil 8)」 with us!