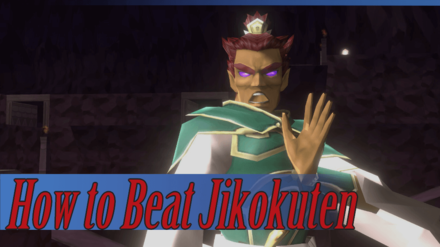 This is a guide to Jikokuten, a boss in Shin Megami Tensei III HD Remaster (SMT Nocturne) for the Nintendo Switch, Steam, and PS4. Read on to know how to beat Jikokuten, Jikokuten's weaknesses, and best strategies against this boss!

The Pillar at the Bottom of Bandou Shrine 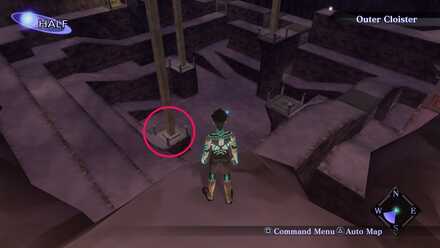 There will be 4 pillars on different levels in Bandou Shrine. Players will fight Jikokuten if they lower the Pillar at the very bottom.

Exploit Jikokuten's weakness to fire when possible, but the key to winning this fight is having immunity to ice since it allows your party to shrug off most of the damage he deals.

Jikokuten's strength lies in his ability to freeze his opponents. He will begin by casting Dragon Eye, followed by a buff of Makakaja. His remaining turns will have him cast high-level ice spells like Bufudyne, Mabufudyne, and Glacial Blast. This is easily negated by having demons immune to ice or equipping Magatama that have Null: Ice.

Provided that Jikokuten does manage to freeze one of your demons, he will begin a deadly sequence that will most likely kill them. The frozen demon will be focus targeted as Jikokuten will cast Beast Eye before he runs out of turns, then Focus followed by a strong Phys attack. If it crits, he will cast Beast Eye again, and repeat the process until he runs out of turns or until your demon is dead.

Best Demons to Use Against Jikokuten

Bring Demons with Resistance to Ice 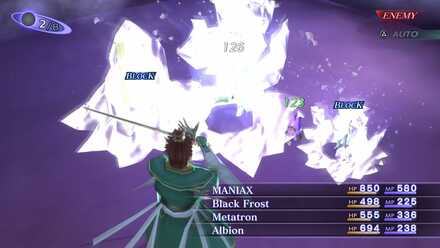 Jikokuten has a unique attack phase that when he manages to freeze one of your demons with an ice spell, he will continuously cast Beast Eye, Focus, and attack on that demon. Usually, your demon will end up dead. To avoid this, cut Jikokuten's turn short by bringing along demons that have Ice Null or Absorb.

It does not matter if you have no fire spells on some of the Ice-immune demons as Jikokuten will always open with his Ice spells. With a team almost fully immune to ice, this battle can easily become one-sided in your favor.

Be comfortable buffing your Fire Magic 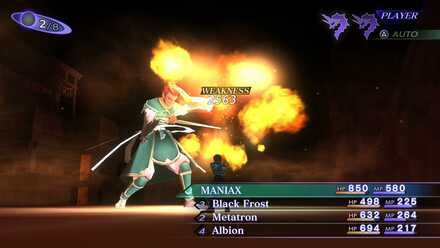 Jikokuten will not dispell any of your -kaja buffs. Make sure to max out Makakaja for your party to ensure that your fire spells deal a lot of damage. It would also be beneficial to have skills like Magma Axis on the Demi-fiend since buffing it and exploiting the weakness deals a massive amount of damage to Jikokuten.

Ensure the Demi-fiend is Immune to Ice 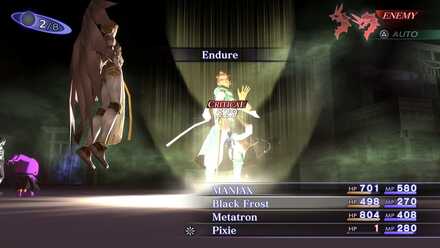 Jikokuten will focus anyone frozen by his ice spells. Make sure to equip the Demi-fiend with Null: Ice before the fight. This is essential since Jikokuten will target the frozen party member until it dies or he runs out of turns! 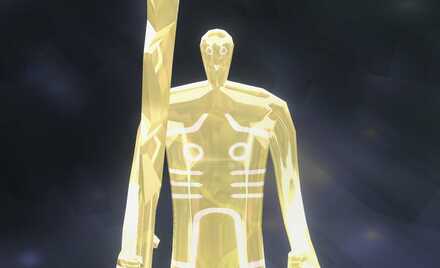 Albion is amazing for this fight since he can Null Ice. Not only that, he can also Null Phys attacks, making him untouchable when fighting this boss. Also, since he evolves from Gogamagog, he will have Diarama learned. This single target spell is enough to keep your party healthy especially if only one of you is not immune to Ice.

Post (0 Comments)
Opinions about an article or post go here.
Opinions about an article or post
We at Game8 thank you for your support.
In order for us to make the best articles possible, share your corrections, opinions, and thoughts about "How to Beat Jikokuten: Jikokuten Weakness and Strategies" with us!
When reporting a problem, please be as specific as possible in providing details such as what conditions the problem occurred under and what kind of effects it had.