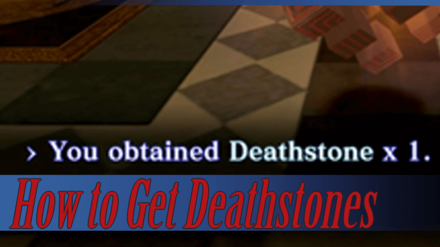 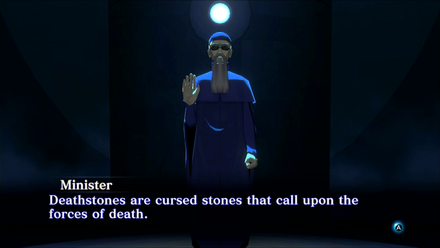 Deathstones are cursed stones that call upon forces of death. Depending on the phase of the moon, and your progress in the game, Deathstones may alter the outcome of fusions and allow you to unlock members of the Fiend race instead.
How to Fuse Demons

Obtained in the Kalpa Dungeons 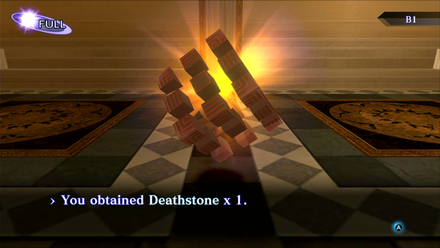 Deathstones are found throughout the Kalpa Dungeons. They're often contained in Cache Cubes found after clearing the major puzzles of a Kalpa.

Bought in the Third Kalpa Dungeon

In the Third Kalpa Dungeon, a Shady Broker can be found in the Neutral-aligned room of the Luck Path. You'll need at least 14 Luck to unlock his room, but when you do, he will sell you unlimited Deathstones for 100,000 Macca each.

What Does Luck Do 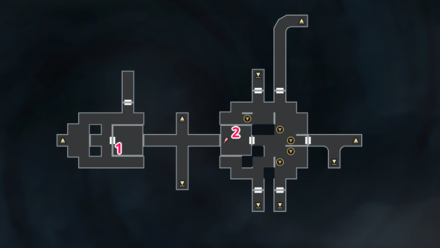 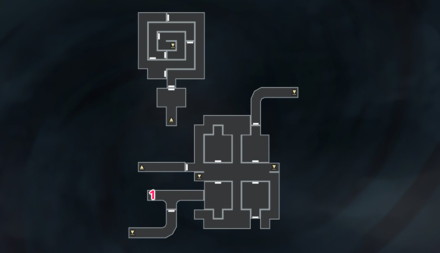 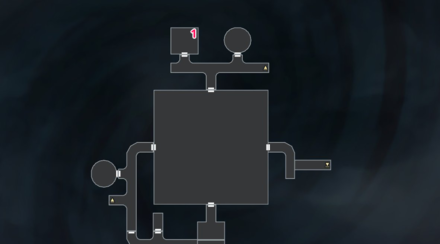 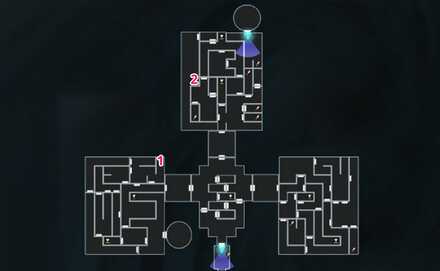 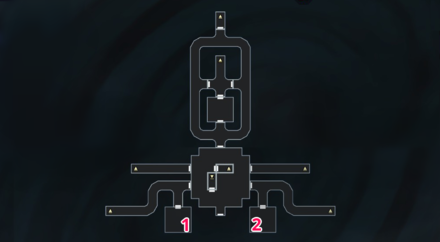 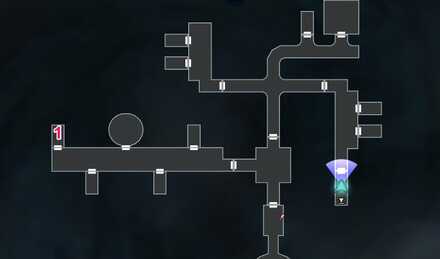 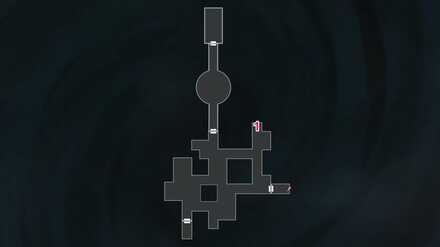 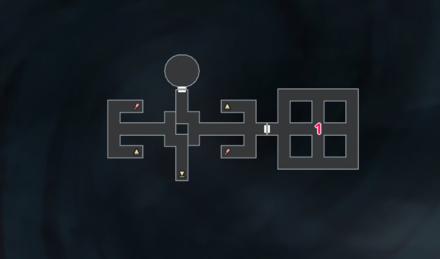 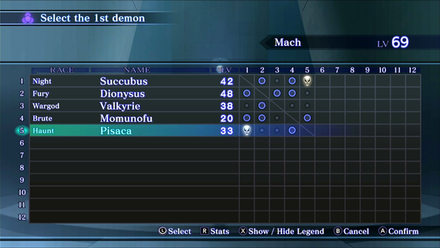 As long as you have Deathstones in your inventory, they will affect your fusions in the Cathedral of Shadows. You'll know that a fusion will be affected by a deathstone if the fusion chart presents a Skull instead of the usual circles or triangles.

Keep in mind that a Deathstone is used up upon fusion. This means that you'll have to be sure of your fusion since you won't be able to retry it.

The following Demons can only be acquired through Deathstone Fusions. You'll need to have beaten them as bosses before you will be able to summon them.

In order for us to make the best articles possible, share your corrections, opinions, and thoughts about 「How to Get Deathstones: Deathstone Fusion List | Shin Megami Tensei 3: Nocturne (SMT Nocturne)」 with us!