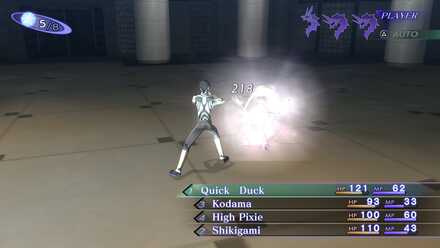 The Merciful Difficulty is recommended for players who want to experience the story without having to endlessly grind Macca and EXP.

Enemies are weaker and encounter rates are lower. To compensate, experience gained is higher than normal so you won't be weakened in the later stages of the game. It can only be accessed if you downloaded the Merciful DLC pack (which is free!). 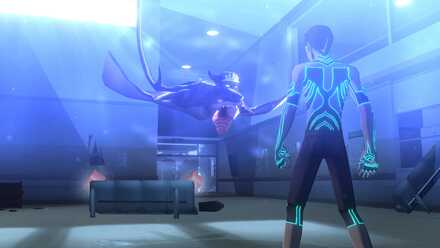 The Normal Difficulty is recommended for players who want to experience the full SMT 3 experience.

Normal maintains a steady pace of gameplay, alternating between farming, recruiting, and experiencing the story. 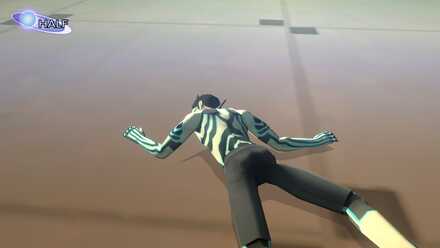 The Hard Difficulty is recommended for more veteran players of SMT 3. Only choose this difficulty if you want a seriously hard challenge.

All player stats and rewards remain the same, but enemies and store costs are doubled. You will always be at a disadvantage. 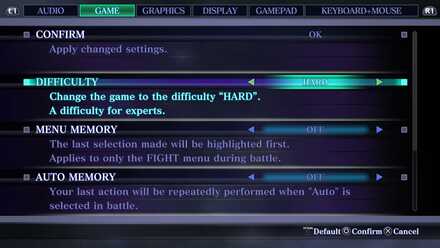 Players can easily change their game difficulty at any time during their playthrough. There is no need to restart your game to change difficulty!

Game difficulty can be changed from the main menu or from the command menu. Simply select Config, navigate to the Game tab, and look for the Difficulty option.

Which Difficulty Setting to Choose

Merciful for people that plays casually

The Merciful difficulty greatly (and we mean, GREATLY) reduces the game's difficulty. It takes out the joy of the game which is best known for its intense difficulty and tough boss fights so we highly suggest avoiding this difficulty unless you really just wanna see how the game works or are curious about the story.

Normal difficulty is the game's base difficulty and is the intended game difficulty for all players. It sports an intermediate amount (for an rpg) of random encounters and normal damage modifiers. Boss battles will still present some trouble if you tackle it unprepared and areas you're not supposed to go to will really prove difficult.

Hard for the Veterans and JRPG experts

This is the difficulty that truly separates the hardy and experienced players from the uninitiated/inexperienced. The game will be truly unfair and even shop prices will skyrocket without providing additional benefits. Enemies are stronger and also smarter and a gameover will always be sneaking up on you.

In order for us to make the best articles possible, share your corrections, opinions, and thoughts about 「Differences Between Difficulty Settings | Shin Megami Tensei 3: Nocturne (SMT Nocturne)」 with us!