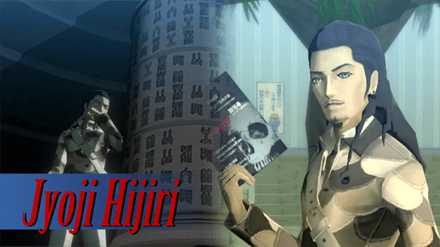 This is a profile page for Jyoji Hijiri from the game Shin Megami Tensei III HD Remaster (SMT Nocturne) releasing for the Switch, PS4, and Steam. Read on to learn more about this character's backstory, characteristics, and remaster voice actor/actress. 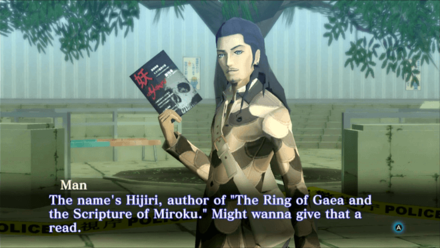 The Protagonist first meets Hijiri at Yoyogi Park. It appears he was curious about a recent tragedy that occurred, and is investigating the incident. As an author for an Occult Magazine, he seems knowledgable about otherworldly happenings. 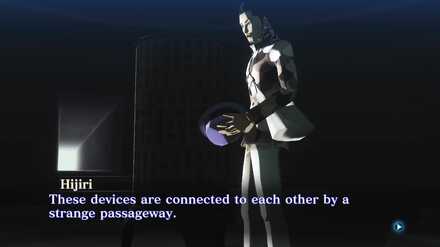 After leaving the hospital after the Conception occurs, the protagonist again meets Hijiri at a Terminal in Shibuya. He explains that he was able to transport himself between these two points thanks to the Amala Network. Wanting to track down Hikawa, he offers to help you traverse the Amala Network to transport yourself from Shibuya to Ginza.
Amala Network Walkthrough 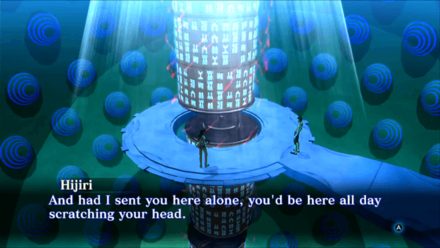 After the events with Gozu-Tennoh at the Mantra HQ, the protagonist will be able to reunite with Hijiri at the Assembly of Nihilo. He'll want to know whether you joined the Mantra or not. Either way, he'll tell you all about how Hikawa has been collecting Magatsuhi at this facility. And that you should be able to find Hikawa in the lower levels of the facility. 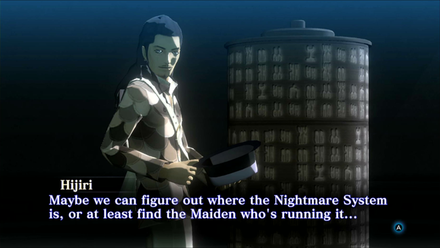 After rescuing Futomimi from the Kabukicho Prison, he prophesizes that there is a man waiting for Ginza. That man will turn out to be Hijiri. Still intent on tracking down Hikawa, he suggests investigating the Nightmare System, or looking for the Maiden.

He explains that the best way to do so is to find a barrel that is not under Nihilo's observation. He recommends for the player to go to Asakusa in search of a Nihilo-free terminal. 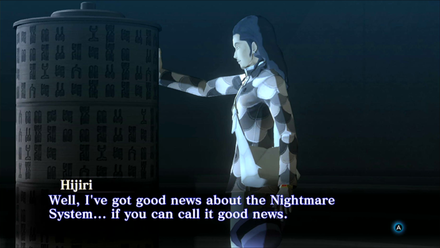 When you arrive at Asakusa, you'll find Hijiri investigating the Nihilo-free terminal. He asks you to look around Asakusa in the meantime, but soon he shares more information regarding the Nightmare System.

He explains that the Obelisk in Chiyoda is where all of the Magatsuhi is being gathered, making it the true base of the Nihilo. Hijiri speculates that the Maiden might be the one who is operating the system and asks the protagonist to investigate. 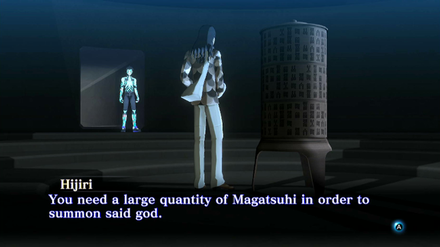 After taking care of the Maiden in Chiyoda's Obelisk, Hijiri shares more of the information he has learned. He explains that to create a new world, you need a strong idea of what kind of world you want to make. This idea is often referred to as a Reason.

He further explains that to acquire a Reason, you have to receive divine protection from a god. He concludes by explaining that the best way to summon a god is with huge quantities of Magatsuhi, which explains why Hikawa was collecting so much of it. 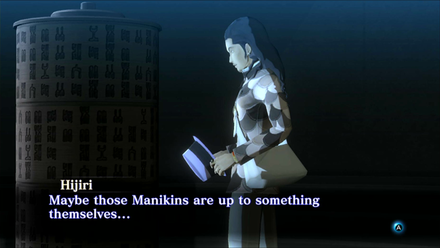 After learning about Isamu and Hikawa's plots, Hijiri expresses his concern about the struggle for power that each faction might fight for. He even speculates that the Manikins may be up to something as well. 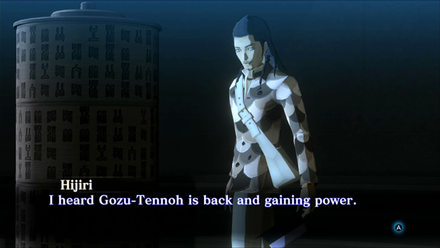 After returning from Yoyogi Park, Hijiri mentions how Isamu can no longer be found in the Amala Network. However, he has heard rumblings about how Gozu-Tennoh might be back in power. He suggests you visit Ikebukuro to check it out. But he also reveals that if he successfully seizes control of Amala, he should be able to solve the problem brought about by the Conception. 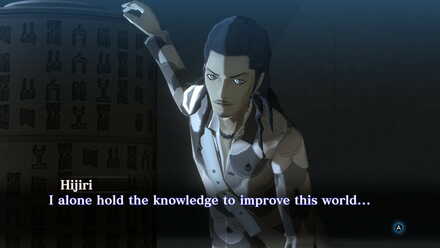 After returning to Asakusa from Ikebukuro, it appears that Hijiri has finally unlocked the secrets of the Amala Drum. He explains that he can now see and sense everything that is happening in the Amala Network. In a sudden change of tone, he decides that he will use his knowledge to be the one who will decide the fate of the new world. 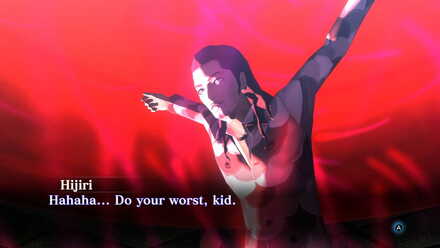 However, shortly after this revelation, he is captured by Isamu and used as a bargaining chip. Isamu threatens the protagonist to collect Magatsuhi from Amala Temple in exchange of Hijiri's safety. However. he ends up getting rid of Hijiri anyway.

Post (0 Comments)
Opinions about an article or post go here.
Opinions about an article or post
We at Game8 thank you for your support.
In order for us to make the best articles possible, share your corrections, opinions, and thoughts about "Jyoji Hijiri Character Profile" with us!
When reporting a problem, please be as specific as possible in providing details such as what conditions the problem occurred under and what kind of effects it had.