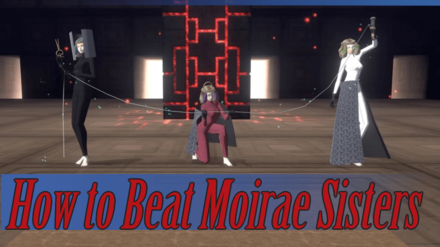 This is a guide to Moirae Sisters, a group of bosses in Shin Megami Tensei III HD Remaster (SMT Nocturne) for the Nintendo Switch, Steam, and PS4. Read on to know how to beat Moirae Sisters, Moirae Sisters' weaknesses, and best strategies against this boss!

Clotho does not have any elemental weakness, however, using Phys and Magic attacks is useful for dealing damage.

Clotho has Dia, Diarama, and Mediarama to heal herself and her party up. However, do not be discouraged as she only has a limited number of turns, just keep dealing damage to take her out immediately.

Lachesis does not have any elemental weakness, however, using Phys and Magic attacks is useful for dealing damage.

Lachesis does not have any elemental attacks and is a full Support build. She will mainly use her Support skills to enhance her sisters' attacks and protect her party from your attacks.

She also voids Light, Dark, and Ailment skills, so never use these types of attacks on her as you'll only be wasting your turns.

Atropos does not have any elemental weakness, however, using Phys and Magic attacks is useful for dealing damage.

Atropos is the sisters' main damage dealer, and mainly utilizes both single-target and multi-target Fire, Ice, Elec, and Force attacks, so we highly recommend bringing along demons that can block any of these types of attacks. Likewise, Atropos voids Light, Dark, and Ailment skills, so don't use these types of attacks as you'll only be wasting your turn.

Best Demons to Use Against Moirae Sisters

How to Beat Moirae Sisters 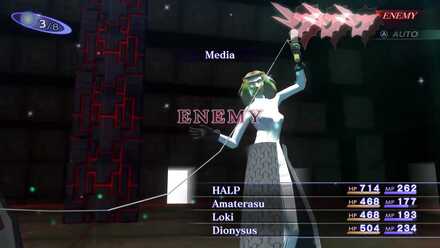 Clotho should be your main target at the beginning of the fight. With her still alive, the Moirae Sisters will just keep receiving heals. So, take Clotho out first to prevent prolonging this battle. 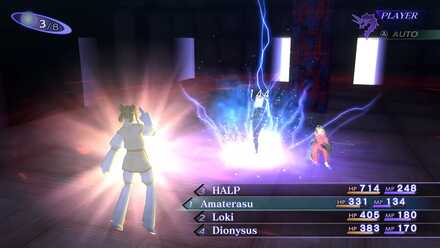 The next priority target after finishing off Clotho is Atropos. The battle will go on smoother if you cut off the Moirae Sisters' damage dealer.

Ignore Lachesis, let her buff up her sister—you can always block Atropos' attacks with items or abilities. You will receive little to no damage once you kill Atropos and are left with Lachesis at the end. 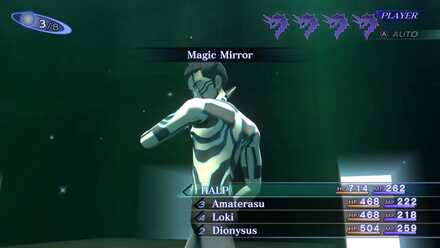 Clotho and Atropos utilize Magic attacks, so we highly recommend using a Magic Mirror or activating Makarakarn to Repel their Magic attacks to cut off their turns and, at the same time, reflecting the damage onto them. 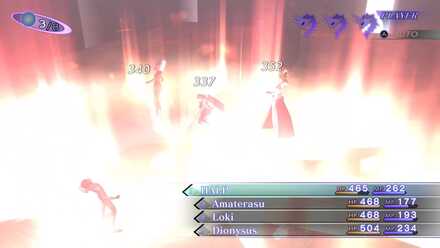 The Moirae Sisters have no resistance against Phys Attacks, so don't hesitate to use these types of attacks on them. 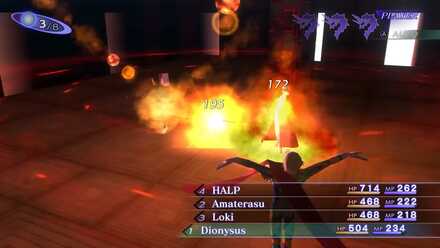 Every Moirae Sister voids Light, Dark, and Ailments. However, be comfortable using other elemental Magic attacks as they cannot block or counter these.

Clotho utilizes Mahama. If you cannot block Light nor have demons that can, we highly suggest always dedicating a turn to raise your party's defense or evasion rate, especially against Mahama to avert the chances of an Instakill happening. Clotho could target anyone in your party, and if the unlucky ally does not block Light, they will surely die.

In order for us to make the best articles possible, share your corrections, opinions, and thoughts about 「How to Beat Moirae Sisters - Clotho, Lachesis, Atropos: Moirae Sisters Weakness and Strategies | Shin Megami Tensei 3: Nocturne (SMT Nocturne)」 with us!