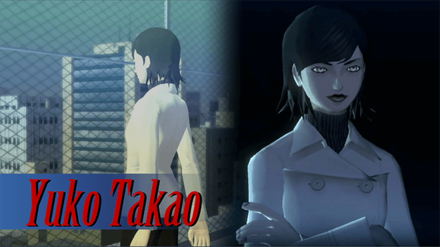 This is a profile page for Yuko Takao from the game Shin Megami Tensei III HD Remaster (SMT Nocturne) releasing for the Switch, PS4, and Steam. Read on to learn more about this character's backstory, characteristics, and remaster voice actor/actress. 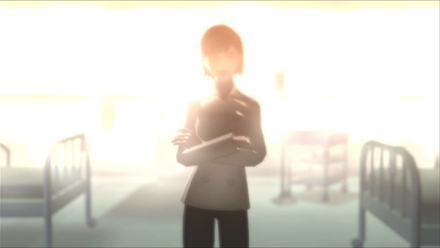 The first character you meet as soon as the game starts, Yuko Takao serves as a teacher to the Protagonist, Isamu, and Chiaki. Early on in the game, the Protagonist and his classmates are supposed to meet up with Yuko in Shinjuku Medical Center.

Through strange circumstances, it is revealed that she has been working with Hikawa and the Cult of Gaea to trigger the Conception. Wanting to create a new world, she fills the role of the Maiden of Creation, the pillar of the new world. 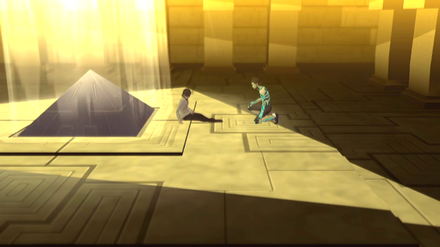 After a long search, the protagonist is finally reunited with the teacher at the summit of the Obelisk.Despite having believed she would play an influential role in the shaping of a new world, Yuko appears unhappy with how things have turned out. It turns out that she was misled and was instead used as a tool to collect Magatsuhi. 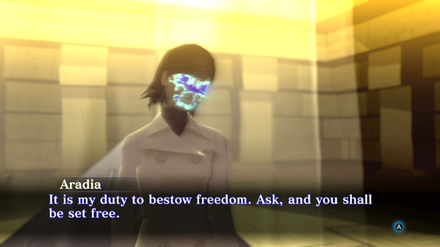 However, she continues to be determined in her quest for a new world. She is soon granted power from the Goddess Aradia who will help her create a world of Freedom.
Obelisk Walkthrough 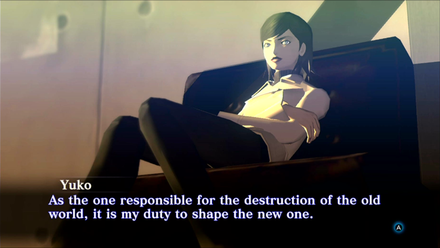 Following the lead that Hijiri mentioned, you find Yuko again at Yoyogi Park where she seems to be tracking down a stone called the Yahiro no Himorogi. This stone is said to be filled with enough Magatsuhi to control even Gods. Yuko explains that she intends to acquire that stone to receive the Goddess Aradia's reason, and she's asking for your help to retrieve it. 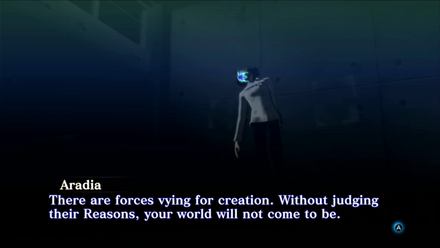 Once the Yahiro no Himorogi is given to Yuko, Aradia once again possesses Yuko and challenges the protagonist to learn for himself what each reason is fighting for. Aradia challenges the demi fiend to judge the different reasons and choose which one to side with so that the world be formed in the way you see fit.

In order for us to make the best articles possible, share your corrections, opinions, and thoughts about 「Yuko Takao Character Profile | Shin Megami Tensei 3: Nocturne (SMT Nocturne)」 with us!