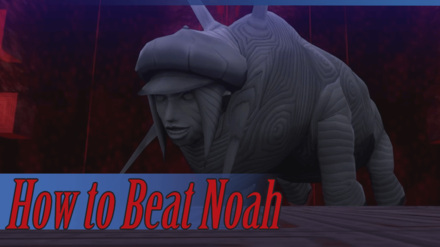 This is a guide to Noah, a boss in Shin Megami Tensei III HD Remaster (SMT Nocturne) for the Nintendo Switch, Steam, and PS4. Read on to know how to beat Noah, Noah's weaknesses, and the best strategies against this boss!

We recommend equipping any Magatama that raises Vit by at least +4.

Noah does not have any elemental weakness. However, in the first phase, you can use Phys attacks before it casts Aurora.

Noah uses single-target Fire, Ice, Elec, Force in the first phase. It voids Light, Dark, and Ailments, likewise it has a skill called Aurora which changes its elemental affinities.

The table below will show you which elemental Magic attack you can use as indicated by Noah's attack.

Noah does not have any elemental weakness, and the Magic attacks you can effectively use will depend on Noah's elemental affinities after it casts Aurora.

In the second phase, Noah switches out to multi-target Magic attacks and uses Domination, a single-target attack that drains a massive amount of HP and MP.

Noah's elemental affinities will change every time it uses Aurora, however, it will always reflect Phys. The table below will show you which elemental Magic attack you can use as indicated by Noah's attack.

Furthermore, Noah voids Light, Dark, and Ailments, and is highly resistant to Almighty. Noah has three support skills including Aurora which changes the element Noah reflects, Dekaja, and Dekunda.

Best Demons to Use Against Noah

How to Beat Noah

Stack Up Makakaja for the First Several Turns 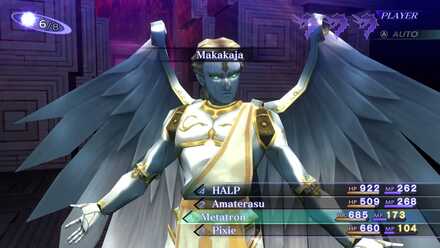 Elemental Magic is the game for this fight. We recommend stacking up Makakaja until the skill reaches its limit in the first several turns while you keep track and adjust to Noah's elemental affinity as it changes.

No Resistance to Phys in the First Phase 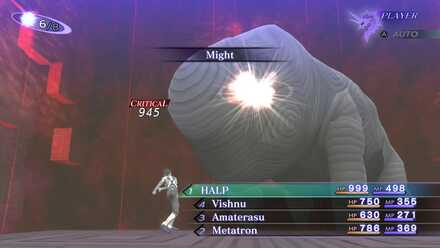 Noah will not reflect Phys in the first phase. However, take note when Noah uses Aurora as it will now then be able to reflect Phys. 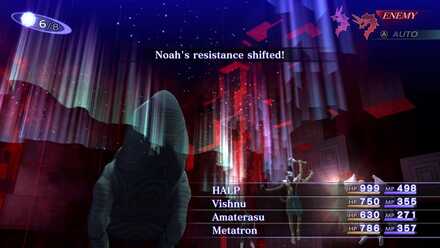 The cycle of Noah's attack will always start with Fire, then Ice, Elec, and finally Force, then starts over again with Fire. The elemental Magic attack you can use is indicated by Noah's attack.

Immediately Use Tetrakarn or Attack Mirror Once Noah Uses Phys 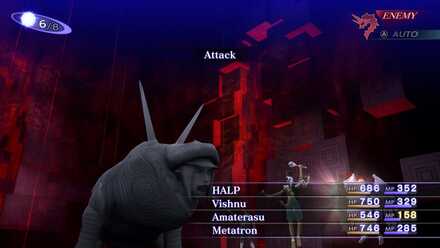 Noah will try to mask which element it will be non-resistant against by using Phys attacks. Immediately use Tetrakarn or Attack Mirror so Noah will decide to switch out to Magic attacks.

You may obtain an Attack Mirror at Rag's Jewelry Shop. 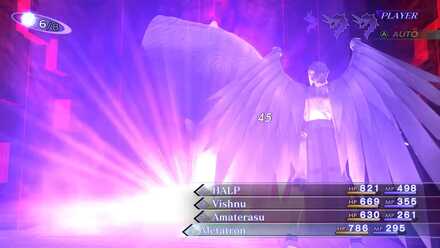 Noah is highly resistant to Almighty. Refrain from using this type of attack as you'll only be wasting your turn.

Always Top Up Your Party's HP 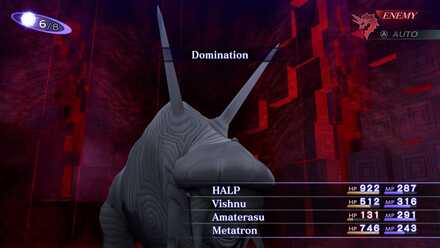 Always top up HP to full to survive Noah's skill Domination, a single-target attack that drains a massive amount of HP and MP.

We recommend summoning your demons with the highest Vit stats to survive Domination. Likewise, this battle will be long as Noah is tanky. A Vit stat of at least 23 is good.

Get One Ally to Cast Debuffs As Often As You Can 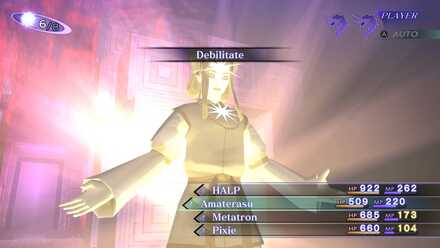 We highly recommend using Debilitate on Noah to lower its Attack/Defense/Evasion/Hit Rate all in a single turn. 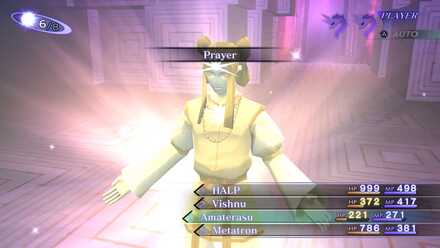 Post (0 Comments)
Opinions about an article or post go here.
Opinions about an article or post
We at Game8 thank you for your support.
In order for us to make the best articles possible, share your corrections, opinions, and thoughts about "How to Beat Noah: Noah Weakness and Strategies" with us!
When reporting a problem, please be as specific as possible in providing details such as what conditions the problem occurred under and what kind of effects it had.