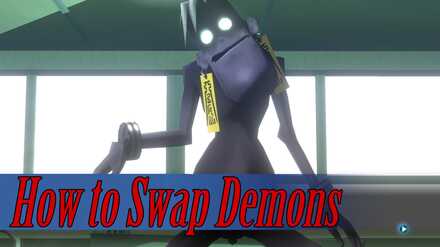 This is a guide to swapping demons in Shin Megami Tensei III HD Remaster (SMT Nocturne) for the Switch, PS4, and Steam! Read on to learn how to swap out the demons in your party, as well as why you should swap demons during your playthrough.

How to Swap Demons 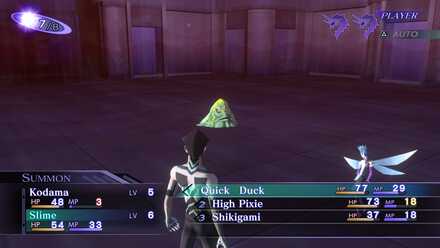 To Swap demons, you will first need to have a vacant slot in your active combatants (maximum of 4 combatants at a time). Once there's a free slot, you can choose to summon on the Demi-Fiend's turn to make an inactive demon participate in battle! 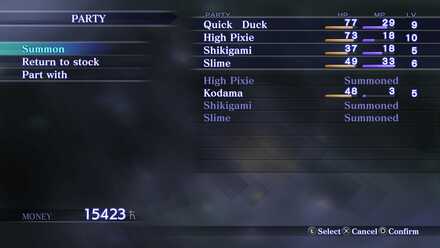 Players may also choose to swap out their demons using the Party option from the Command Menu.

From the Party menu, players can choose Summon to fill up any vacant places in their active party with any one of their allied demons in stock.

Return to stock simply makes an active party member, inactive. This returns them to the stock in order to make space for a new demon.

Dimiss is used to free up stock space or if players want to get rid of a demon with bad skills. It is recommended that players use this as a last resort, as even weak demons can be used in Fusion to create stronger ones. 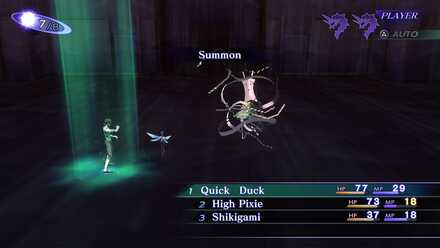 Swapping is a useful tactic during combat since it allows players to save demons who have critically low HP. Instead of risking the chance of them dying, players can instantly replace them with a healthy demon at the cost of the Demi-Fiend's turn.

How to Heal and Revive Demons 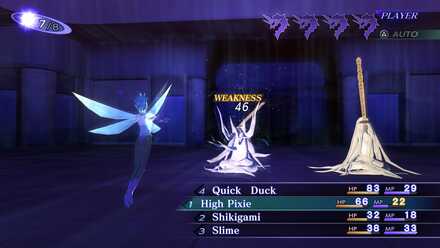 Due to the nature of the Press Turn Battle System, additional turns are granted to players or enemy demons when they take advantage of Weaknesses. If players find themselves in battles where one of their demons is weak to majority of the enemy attacks, it would be best to swap them out for something better before the entire party is wiped.

Post (0 Comments)
Opinions about an article or post go here.
Opinions about an article or post
We at Game8 thank you for your support.
In order for us to make the best articles possible, share your corrections, opinions, and thoughts about "How to Swap Demons" with us!
When reporting a problem, please be as specific as possible in providing details such as what conditions the problem occurred under and what kind of effects it had.