This article details all the new features of the Shin Megami Tensei III HD Remaster (SMT Nocturne), releasing for the Switch, PS4, and Steam. Read on to learn about the newest features that come with this classic remaster!

The highlight of Shin Megami Tensei 3: Nocturne (HD Remaster) is its high resolution update of the game's 3D models and backgrounds.

Players can now enjoy the game in HD, making for a more visually pleasing and decidely more modern experience of this Atlus classic. 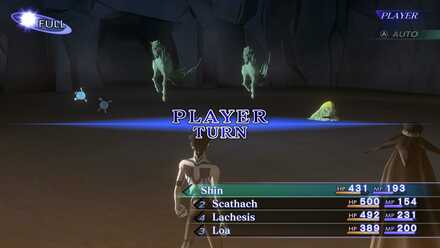 This new mode offers new and returning players an easier way to simply enjoy the title's story without having to worry about mastering the Press Turn System. Now, players can choose between three difficulty settings: Merciful, Normal, or Hard.

Take note that the Merciful Difficulty is locked behind a free DLC download. See our DLC page to learn where and how to download it, for different gaming systems. 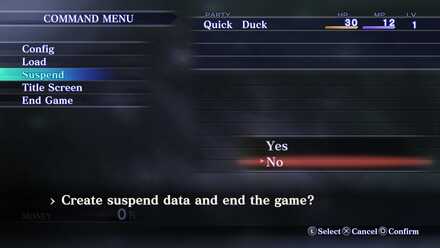 Instead of only being able to make save games at key locations, the new Suspend Save system allows players to save their current position at any time during their current playthrough. It is as simple as opening the Command Menu, selecting System, then selecting the option, Suspend.

Do note that the Suspend Save is not like making a traditional save game. Instead, it saves your last known position allowing players to enter and exit the game without having to go to a designated save point. 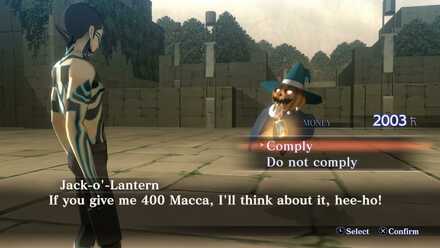 One of the biggest changes coming with Shin Megami Tensei 3: Nocturne (HD Remaster) is its introduction of fully voiced audio. Now, players can choose between either an English or Japanese voice-over, and experience this classic game anew.

To see information on a character's voice actor/actress for English or Japanese, please follow see our List of Characters page.

In order for us to make the best articles possible, share your corrections, opinions, and thoughts about 「HD Remaster New Features | Shin Megami Tensei 3: Nocturne (SMT Nocturne)」 with us!