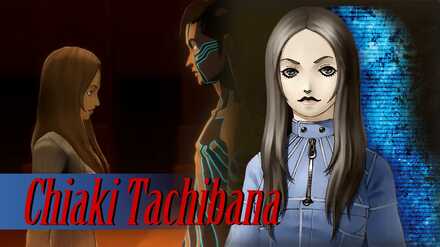 This is a profile page for the character Chiaki Tachibana from the game Shin Megami Tensei III HD Remaster (SMT Nocturne) releasing for the Switch, PS4, and Steam. Read on to learn more about this character's backstory, characteristics, and remaster voice actor/actress. 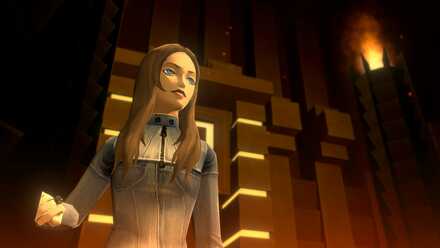 Chiaki Tachibana is one of the protagonist's classmates featured in Shin Megami Tensei 3: Nocturne. She accompanies the protagonist and Isamu Nitta during their visit to Shinjuku Medical Center at the beginning of the game.

Described as prideful and stubborn due to her high-class upbringing, Chiaki is one of the few humans that survive the events of the Conception. 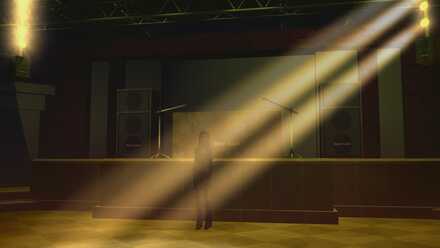 After the Conception occurs, the first place you'll find Chiaki is in Club Inferno in Shibuya. She recognizes you as her friend and classmate, but appears despondent due to the new state of the world.

She'll ask you if you know what happened to the world, and you can choose to respond positively or negatively. Either way she'll resolve to finding other survivors including Isamu, and your teacher Yuko.
Yoyogi Park and Shibuya Walkthrough 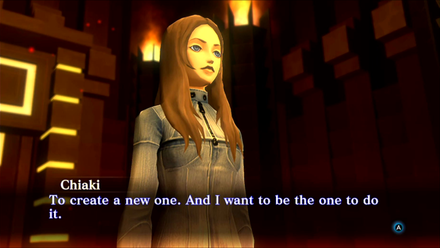 After the events at the Assembly of Nihilo, you'll find Chiaki at the Mantra's Headquarters. It appears that she has made up her mind on how to live past the Conception. She wants to create a new world where the strong and the worthy rule, the world of Yosuga. 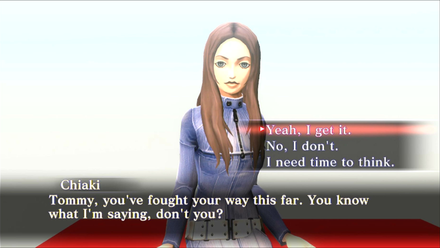 She'll ask you if you understand her goal and you may respond positively, negatively, or say that you'll need time to think. Your answer here may affect your alignment with the Reason of Yosuga. 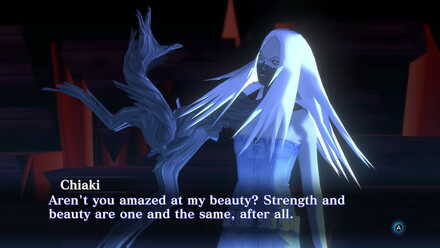 When rumors of Gozu-Tennoh's return start to make their rounds, Hijiri suggests you investigate. Upon arrival at the Mantra's devastated headquarters, Chiaki can be found among the debris. She explains that she has been called to Ikebukuro by Gozu-Tennoh's spirit.

Gozu Tennoh has recognized Chiaki for her Reason. As a way to bring Yosuga into fruition, Gozu Tennoh offers the last of his powers to Chiaki, transforming her into a more powerful being. With this, Chiaki believes she has the power to shape the new world.

In order for us to make the best articles possible, share your corrections, opinions, and thoughts about 「Chiaki Tachibana Character Profile & Voice Actress | Shin Megami Tensei 3: Nocturne (SMT Nocturne)」 with us!