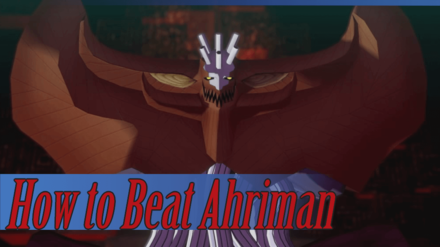 This is a guide to Ahriman, a boss in Shin Megami Tensei III HD Remaster (SMT Nocturne) for the Nintendo Switch, Steam, and PS4. Read on to know how to beat Ahriman, Ahriman's weaknesses, and best strategies against this boss!

We recommend equipping Magatama that boosts Vit by at least +4.

Ahriman, in its first form, does not have any elemental weakness, and the attack types you can use will be dictated by Ahriman.

Ahriman uses both single-target and multi-target Magic attacks. Likewise, Ahriman has Hell's Call an instakill that it uses on an enemy that goes against battle rules in the first phase.

Ahriman reflects Light and Dark, and voids Ailments, so don't use these skills as you'll only be wasting your turn.

Ahriman, in its second form, does not have any elemental weakness, however, using buffed Phys attacks is highly recommended.

Ahriman uses multi-target Almighty and Phys attacks. We highly recommend summoning your demons with the highest Vit stats to survive its chain of attacks.

Ahriman reflects Light and Dark, voids Ailments, and has two Support skills including Dekunda and Dekaja which he seldom uses. On that note, buff your party and debuff Ahriman until you've reached the limit of the buff/debuff spells.

Best Demons to Use Against Ahriman

How to Beat Ahriman 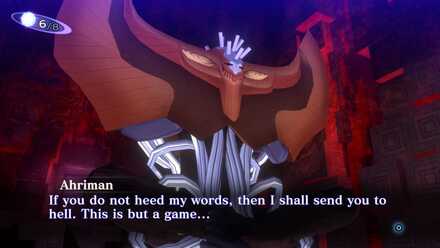 Ahriman will kick it off with a game! In the first phase, Ahriman will dictate which skills are forbidden. 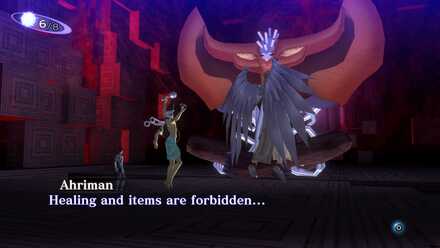 We recommend summoning your demons with the highest Vit stats to survive Ahriman's heavy Magic attacks and Phys attack. A Vit stat of at least 23 is good.

There will be moments where Ahriman forbids Healing and items, so your only option is to be a tank and mitigate the damage until the ban is lifted. 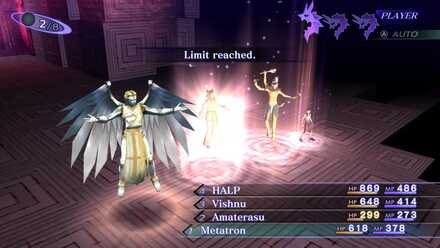 The buffs carry over to the Second Phase of the battle.

Ahriman will usually ban Phys skills in the first round, so take this opportunity to use Magic skills to stack your buffs. Ideally, you'd also want the buff skill to reach its limit.

We highly recommend using multi-target buffs such as Makakaja or Tarukaja to boost the entire party. Keep in mind Ahriman's rules and wait for the opportune moment to unload the boosted attack of your choosing. 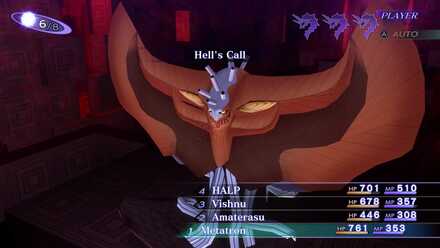 Ahriman will be playing a game in the first phase wherein he'll dictate which attack types are either banned or can be used.

You have to strictly follow the rules, or else you'll be hit with Hell's Call, an instakill that Ahriman uses on an enemy that goes went against battle rules. So, unless you have Endure, play by the rules. 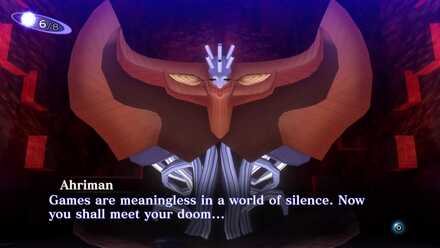 In the second phase, Ahriman will unveil its second form and will now utilize multi-target Almighty and Phys attacks.

Always Top Up Your Party's HP 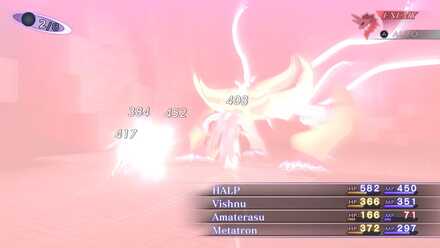 Always top up HP to full to survive Ahriman's Apocalypse + Megidolaon/Phys combo. Remember to do this before it's Ahriman's turn to attack.

Get One Ally to Cast Debuffs As Often As You Can 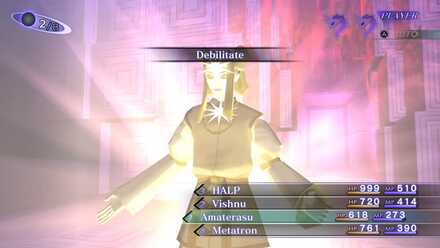 We highly recommend using Debilitate on Ahriman to lower its Attack/Defense/Evasion/Hit Rate all in a single turn. 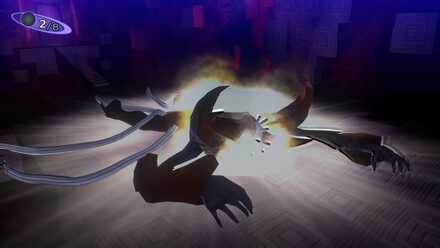 Here are a few general tips for this two-phase boss fight. You'll find out about passive skill exploits and multi-target healing. 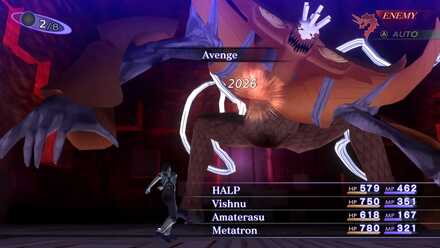 Passive counterattack skills such as Avenge, Counter, or Retaliate will come in handy as you can perform a heavy counterattack (more so if you have stacked Tarukaja) on Ahriman if it decides to use a Phys attack on you. Deal as much damage as you can in any way. 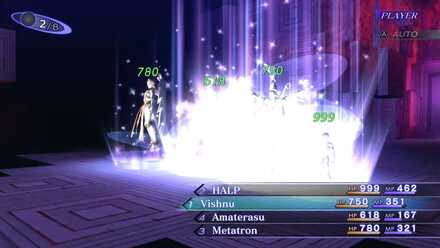 Post (0 Comments)
Opinions about an article or post go here.
Opinions about an article or post
We at Game8 thank you for your support.
In order for us to make the best articles possible, share your corrections, opinions, and thoughts about "How to Beat Ahriman: Ahriman Weakness and Strategies" with us!
When reporting a problem, please be as specific as possible in providing details such as what conditions the problem occurred under and what kind of effects it had.