This is a guide to Muspell, a Magatama in Shin Megami Tensei III HD Remaster (SMT Nocturne) for the Nintendo Switch, PS4, and Steam. Read on to learn how to get the Muspell Magatama, the skills you can learn from it, its stats, strengths, weaknesses, and effects when Muspell acts violently.

How to Get Muspell Magatama 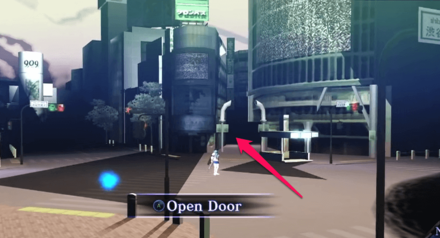 Go behind the building at the far end of the map and enter the door there during Full Kagutsuchi. You'll encounter a few characters trying to summon a Mara.

Tell them to proceed with the summoning to fight a slime version of Mara. Defeating this enemy will reward you with the Muspell Magatama.

Muspell is the only Magatama that is strong against ailments, and it can be useful against a couple of tricky enemies and trap Cache Cubes.

This Magatama makes it so you don't have to purchase too many curative items like Dis-Stun and Dis-Poison.

Its learnable skillset isn't that great but you can get a huge Mag and Vit boost when equipped with this Magatama.

In order for us to make the best articles possible, share your corrections, opinions, and thoughts about 「How to Get Muspell Magatama: Muspell Stats and Skills Learned | Shin Megami Tensei 3: Nocturne (SMT Nocturne)」 with us!