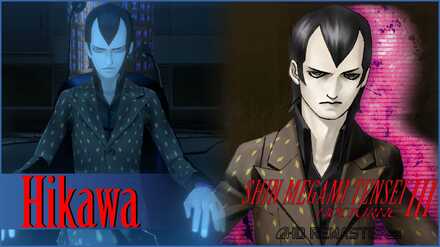 This is a profile page for Hikawa from the game Shin Megami Tensei III HD Remaster (SMT Nocturne) releasing for the Switch, PS4, and Steam. Read on to learn more about this character's backstory, characteristics, and remaster voice actor/actress. 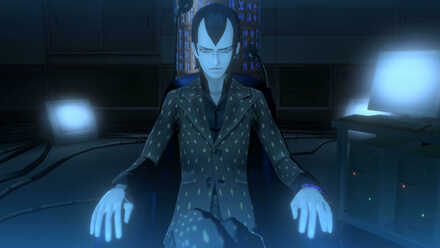 The CTO of Cybers Communication, a giant in the telecommunications industry. In his quest for the truth, he became an officer of the Ring of Gaea, a demon-worshipping cult.

Not satisfied with their petty religious squabbles, he decides to take matters into his own hands and force the Conception, all in accordance with the prophetic Scripture of Miroku.

Calm, cold, and calculating, Hikawa champions a world of stillness, where reason is unfettered by emotion. 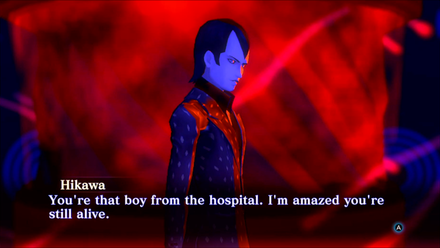 Since having met each other at Shinjuku Medical Center, the first time you'll meet with Hikawa will be at the lowest floor of the Assembly of Nihilo in Ginza. He'll be found collecting Magatsuhi, and when you catch his attention, he'll recognize you from before. He'll be curious to know if you are there to visit him. 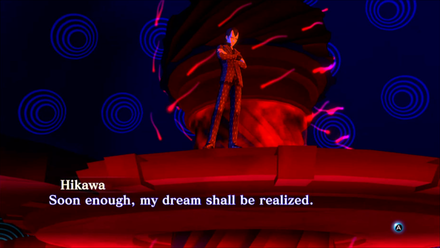 Hikawa will then go on to explain why harnessing the power of Magatsuhi is important and how he'll use it to give birth to the world of Shijima. By his will, he activates the Nightmare System and launches an attack on Mantra HQ. He'll also explain how Yuko will play a vital role in the rebirth of the world, and how you'll probably never meet her again.
Assembly of Nihilo Walkthrough 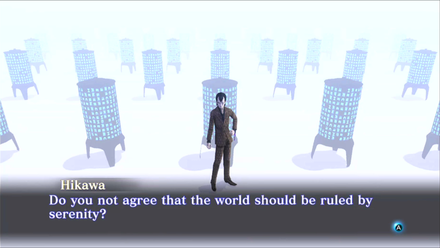 After your success at freeing the Maiden, you'll get the chance to come across Hikawa again at the steps leading to the Mantra HQ. Here he recognizes your power and invites you to support the Reason of Shijima.

He explains his desire to create a world without conflict, a world of serenity. If you choose to be sympathetic to his motives, you'll ally yourself with Shijima. Otherwise, you may choose to call him out on his delusions to reject Shijima.

Before you part ways, Hikawa hints at an upcoming danger. He mentions how someone is trying to revive what the Mantra has stood for.

Register as a member and get all the information you want. (It's free!)
Login
Opinions about an article or post go here.
Opinions about an article or post
We at Game8 thank you for your support.
In order for us to make the best articles possible, share your corrections, opinions, and thoughts about "Hikawa Character Profile" with us!
When reporting a problem, please be as specific as possible in providing details such as what conditions the problem occurred under and what kind of effects it had.