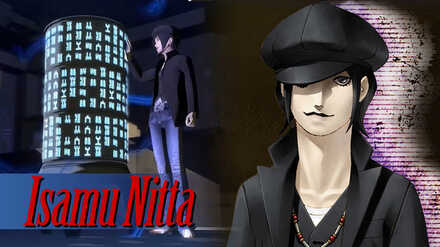 This is a guide to Isamu Nitta, a character in Shin Megami Tensei III HD Remaster (SMT Nocturne) releasing for the Switch, PS4, and Steam. Learn more about his bio, voice actors, and more below. 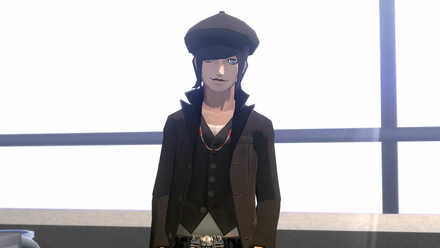 Isamu Nitta is one of the protagonist's classmates featured in Shin Megami Tensei 3: Nocturne. He accompanies the protagonist and Chiaki Tachibana during their visit to Shinjuku Medical Center at the beginning of the game.

A jokester by nature, Isamu is the laid-back type who prefers to take life as it comes but has a habit of overrelying on others and is easily swayed by opinions. Despite surviving the events of the Conception, Isamu must now contend with a world populated by Demons while being one of the last, lonely humans left in a warped Tokyo. 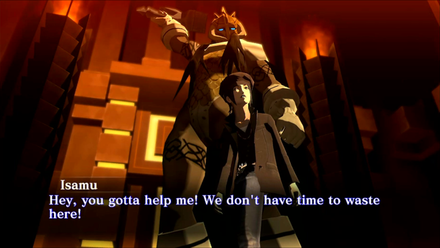 As you make your way through Ikebukuro, you'll find Isamu as soon as you enter the Mantra's Headquarters. It appears he is being threatened by Thor and he ends up having a lot of his life energy sucked out of him. 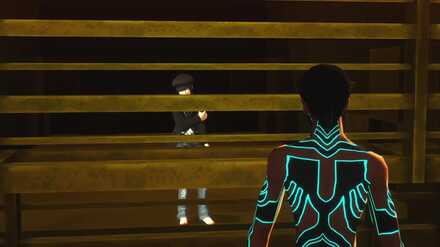 You later have another chance to see him locked up in one of the cells. He acknowledges your transformation into a demon and recognizes how powerful you must be. He pleads for your help in looking for, and rescuing your teacher Yuko.
Ikebukuro Walkthrough 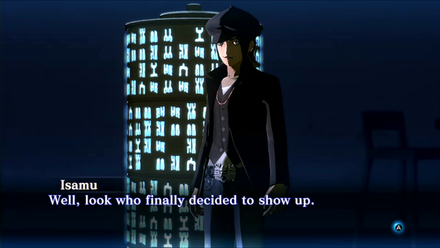 After the Mantra falls to the Nihilo, Isamu can be found in the Kabukicho Prison, locked in the room opposite Futomimi's. Isamu appears resentful at the lack of aid from the protagonist and has resolved to live a world where he can take matters into his own hands without depending on anyone else.

If you decide to talk back to him here, your alignment of reason will lean towards, Yosuga. You also have the option of leaving the room, which will play into Isamu's isolationist beliefs, aligning your reason with Musubi. The last option is to apologize which will have no effect on your alignment. 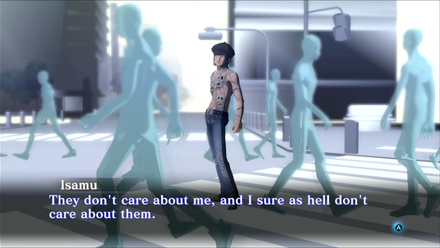 Hijiri informs the protagonist of a human who has decided to take up residence in the Amala Network. Demi-fiend comes to learn that it's Isamu. Taking on the Reason of Musubi, he has adopted the mindset that isolation is the key to a better world. He dreams of a world where every person will only have to be the center of their own worlds.

You can choose to relate with Isamu which will bring your alignment towards Musubi, or you can say that his way of thinking is messed up, leading you to reject Musubi. You can otherwise remain indifferent.Whatever you choose, he will suggest for you to try spending alone time to see what he means. 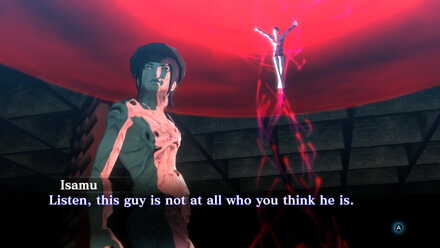 The next time we see Isamu is after he sucks Hijiri into the Amala Temple. Trying to take down those who are vying for Amala's power, Isamu has taken Hijiri and coerced the protagonist into collecting Magatsuhi for him. However, Isamu had no intention of letting Hijiri go, and instead dunks him into the pool of Magatsuhi. 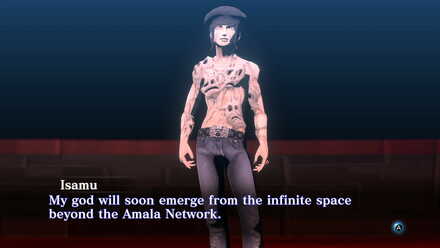 After getting rid of Hijiri, Isamu uses the large amount of Magatsuhi to summon Noah, the god who will align with his reason of Yosuga. He soon disappears leaving the protagonist alone.

In order for us to make the best articles possible, share your corrections, opinions, and thoughts about 「Isamu Nitta Character Profile & Voice Actor | Shin Megami Tensei 3: Nocturne (SMT Nocturne)」 with us!