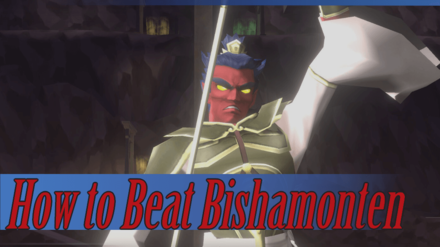 This is a guide to Bishamonten, a boss in Shin Megami Tensei III HD Remaster (SMT Nocturne) for the Nintendo Switch, Steam, and PS4. Read on to know how to beat Bishamonten, Bishamonten's weaknesses, and best strategies against this boss!

Where to Find Bishamonten

2nd Pillar from the Top in Bandou Shrine 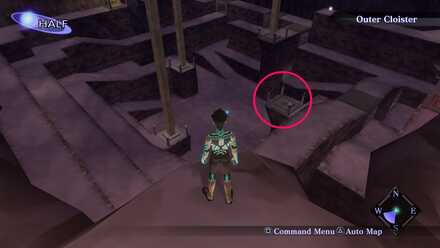 There will be 4 pillars on different levels in Bandou Shrine. Players will fight Bishamonten if they lower the 2nd Pillar from the Top.

Bishamonten is weak to Ice. Make sure to have at least 1 demon that can cast strong Ice spells like Mabufudyne or Bufudyne. The extra press turn is a nice advantage to have since you'll be dealing with Bishamonten's very large HP pool.

Bishamonten's strength lies in the way he does damage. When he attacks, it will always open with Dragon Eye (granting him extra press turns), followed by least 3 or 4 rounds of either Tarukaja or Makakaja. When allowed to do this, be sure that Bishamonten is fully capable of one-shotting demons below 20 Vit. If unable to Repel or Absorb his attacks, be sure to dispel them during your turn using Dekaja otherwise these will stack and you will die.

Bishamonten will also use his support skills alternately with his attack phases. He will often spend his press turns by casting 2 rounds of Debilitate against the player, lowering your party's stats. Make sure to bring someone who can cast Dekunda so that you do not find yourself lacking damage during this prolonged fight.

Best Demons to Use Against Bishamonten 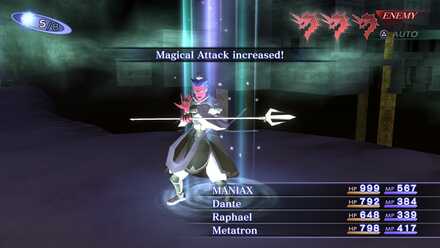 The deadliest combo Bishamonten will have is his Dragon Eye opener into either a Magical or Physical battery of attacks/buffs. He can fully buff either attack in a single turn, then one-shot any party member with below 20 Vit stat points.

To combat this, summon demons that have either Phys or Fire Repel/Absorb. This will cut off his turns and prevent earlier wipes into the fight. Do note that it is almost impossible to beat him without having at least one of these resistances in your party. 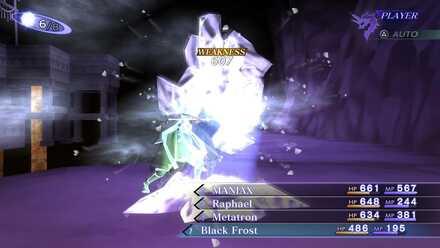 Summon demons that can use strong ice spells like Mabufudyne or Bufudyne. The extra press turn granted by exploiting this weakness can allow for either an extra heal, an extra cancelling of buffs/de-buffs, or even an extra round of damage to Bishamonten.

Gehenna can Absorb Fire. This is a crucial survival tactic since it will heal your Demi-fiend during the fight while also preventing Bishamonten from maximizing his damage. This will also mean that half of Bishamonten's attacks will not affect the Demi-fiend.

Bring a Demon with Dekunda and Dekaja

A demon with Dekunda and/or Dekaja is a requirement for this fight if players want to avoid dying. Firstly, do not allow Bishamonten to keep his Tarukaja or Makakaja buffs, otherwise you'll find yourself having to face 5 instead of 2 attacks during his Dragon Eye phase.

Second, get rid of his Debilitate debuffs. Bishamonten will often dedicate two of his turns to casting Debilitate on your party. Using Dekunda will keep your damage up, and the fighting short.

Dedicate a Press Turn to Healing 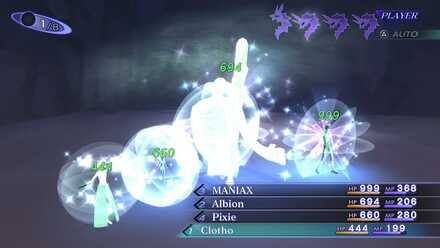 It cannot be stated enough that Bishamonten will hit very hard. Always make sure that you dedicate at least 1 press turn to healing before your turn ends. This is crucial especially if you do not have any Phys or Fire Drain demons in your active party.

Post (0 Comments)
Opinions about an article or post go here.
Opinions about an article or post
We at Game8 thank you for your support.
In order for us to make the best articles possible, share your corrections, opinions, and thoughts about "How to Beat Bishamonten: Bishamonten Weakness and Strategies" with us!
When reporting a problem, please be as specific as possible in providing details such as what conditions the problem occurred under and what kind of effects it had.