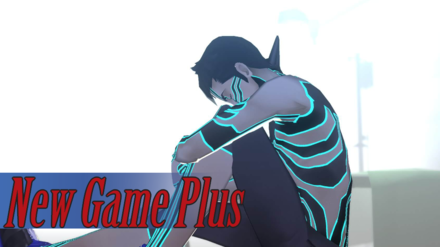 This is a guide to the New Game Plus feature of Shin Megami Tensei III HD Remaster (SMT Nocturne) for the Nintendo Switch, Steam, and PS4. Read on to know more about how to unlock new game plus, what carries over, and the new features you get from a second playthrough.

How to Unlock New Game Plus

Available after Completing any Ending 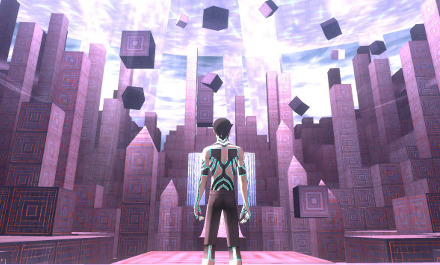 The option to play new game plus will be available after players complete the game using any of the different endings. For help getting each ending, check out our complete Endings Guide! 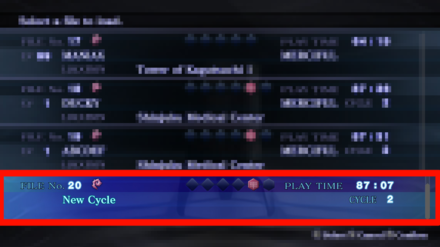 New Game Plus will become available to players, automatically. However, it will use 1 of the 20 available save slots when doing so.

Upon completion, the game will ask players if they want to save their End Game Data. Answering Yes will generate a save that players can use to start a New Game Cycle.

Use the End Game Data to Start NG+

When starting New Game Plus, load the End Game Data Save and you'll be taken to a New Game screen. Select your preferred game version (Base, Chronicles, or Maniax) then explore the Vortex World anew. 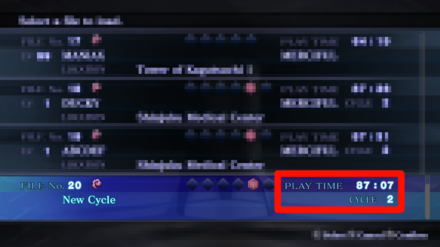 When starting a new cycle in New Game Plus, play time will carry over from your old playthrough. You can view this in the top right portion of the save game card. 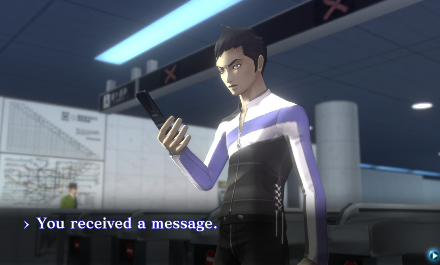 When players begin a new cycle, the game will offer them the choice between a Hooded Jacket and a Leather Jacket. These will offer players different bonus stats depending on their choice.

Visually, your starting jacket will only change looks if you pick leather and it will only affect the prologue of the game. After the Conception, the Demi-fiend will look the same for either choice. 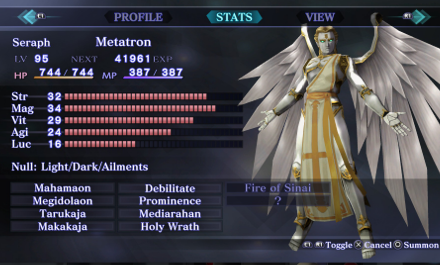 The Demon Compendium of your playthrough will carry over in New Game Plus. Unlike in your first playthrough, the Compendium will become available as early as Shibuya.

You can summon any of your registered, high level demons provided you have the Macca for it. The only exceptions are Dante and Raidou. You cannot summon them via the Demon Compendium despite their records being carried over.

How to Use the Demon Compendium

Magatama, Levels, Items, and Macca do not carry over

Unfortunately, previously unlocked Magatama (including learned skills), player levels, and saved up items/Macca will not carry over into NG+. Players will have to unlock and re-learn all Magatama skills, aswell as re-gather all items/Macca during a new playthrough.

In order for us to make the best articles possible, share your corrections, opinions, and thoughts about 「New Game Plus Features : How to Unlock NG+ | Shin Megami Tensei 3: Nocturne (SMT Nocturne)」 with us!