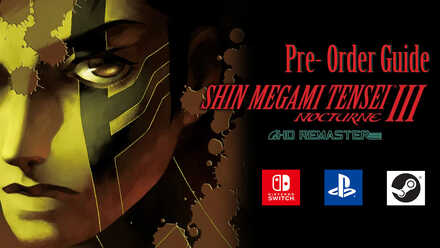 This is a guide to Pre-ordering Shin Megami Tensei III HD Remaster (SMT Nocturne) for the Switch, Playstation 4, and Steam. Read on to learn how to pre-order the game, bonuses of pre-ordering it, and the available retail stores. 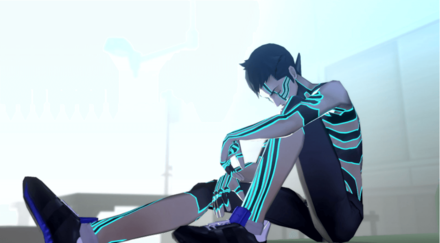 The world has been swallowed by chaos. As a demonic revolution descends into a broken Tokyo, the choices you make will determine if it stays that way.

Tokyo, 200X. A young high schooler spends his days blissfully unaware of the chaos about to befall his world. The rebirth of the world, an event which no human has ever witnessed takes place and wipes the world’s slate clean.

Chaos itself enfolds Japan's capital, and what was once a bustling center of life is now a ruined hellscape, where demons from folklore gather. Sucked into this hostile netherworld are our young protagonist and his two classmates, who are separated at different points on the compass.

While our protagonist is unconscious, two curious figures endow him with a Magatama, and hence the power to survive this harsh tribulation. Be it a blessing or a curse, he awakens to find himself reborn as a demon. And so begins his journey through a post-apocalyptic Tokyo, where new enemies and old friends carve a bloody path toward their visions of an ideal world...

Shin Megami Tensei 3: Nocturne - HD Remaster is available for Pre-Order until May 25th, 2021 for Steam (PC), Nintendo Switch, and Playstation 4.

For a guide on where to purchase or pre-order the game before it releases? Check our guides on available retail stores for all game versions!

Release Date for All Platforms and Available Retail Stores 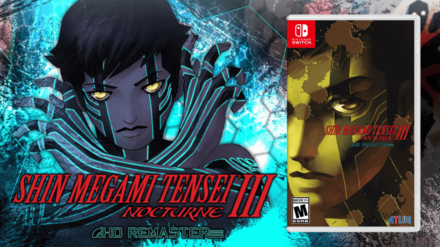 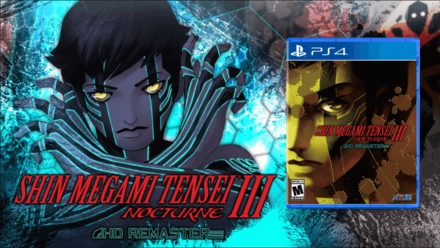 The game is available in Digital and Physical copies for the Nintendo Switch and Playstation 4, with two editions for Digital copies available for all three platforms; the Digital Standard Edition, and the Pre-Order Limited Edition Digital Deluxe Edition.

For Playstation 4 and Steam users, pre-ordering the Digital Deluxe Edition allows a 4-Day Early Access of the game!

The standard version of the game contains the base game version. No bonuses are available and DLCs are separate and must be purchased if you want to gain access to additional contents.

The Deluxe Versions gain access to all DLCs available in the game! You can enjoy a variety of musics, new characters,and even an easier game difficulty!

Post (0 Comments)
Opinions about an article or post go here.
Opinions about an article or post
We at Game8 thank you for your support.
In order for us to make the best articles possible, share your corrections, opinions, and thoughts about "Pre-Order Guide: Limited, Collector's, and Deluxe Edition Bonuses" with us!
When reporting a problem, please be as specific as possible in providing details such as what conditions the problem occurred under and what kind of effects it had.