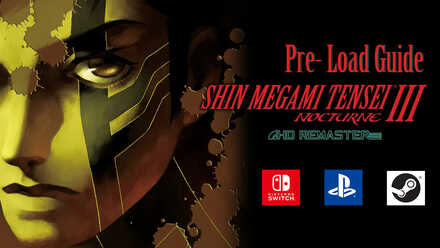 This is a guide for Pre-loading Shin Megami Tensei III HD Remaster (SMT Nocturne) for the Switch, Playstation 4, and Steam. Read on to learn how to pre-load the game, and when can you pre-load it.

The world has been swallowed by chaos. As a demonic revolution descends into a broken Tokyo, the choices you make will determine if it stays that way.

Tokyo, 200X. A young high schooler spends his days blissfully unaware of the chaos about to befall his world. The rebirth of the world, an event which no human has ever witnessed takes place and wipes the world’s slate clean.

Chaos itself enfolds Japan's capital, and what was once a bustling center of life is now a ruined hellscape, where demons from folklore gather. Sucked into this hostile netherworld are our young protagonist and his two classmates, who are separated at different points on the compass.

While our protagonist is unconscious, two curious figures endow him with a Magatama, and hence the power to survive this harsh tribulation. Be it a blessing or a curse, he awakens to find himself reborn as a demon. And so begins his journey through a post-apocalyptic Tokyo, where new enemies and old friends carve a bloody path toward their visions of an ideal world... 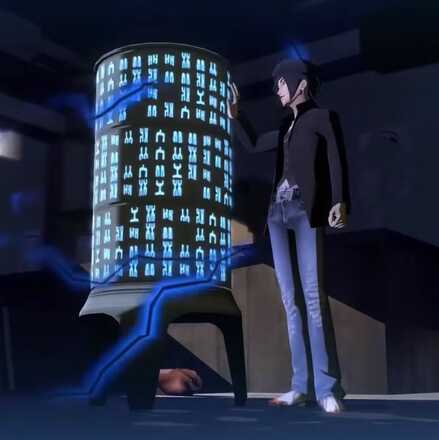 Pre-loading refers to downloading an advanced digital copy of your preferred game into your system or platform (like PS4 or Steam) before its official release date (in which it will be playable).

A game will have a set release date for the whole initial release of the game itself, or through downloadable content (DLCs) that are additional/optional purchases for the base game. Pre-loading is done for the purpose of having the necessary files installed into your system beforehand, so when the release date for the pre-loaded data comes, you will be able to jump right into playing your pre-loaded content!

Shin Megami Tensei 3: Nocturne - HD Remaster is available in three platforms. To learn more on how to pre-load the game on your system/platform, refer to our guide below:

Release Date for All Platforms and Available Retail Stores

In order for us to make the best articles possible, share your corrections, opinions, and thoughts about 「How to Pre-Load | Shin Megami Tensei 3: Nocturne (SMT Nocturne)」 with us!