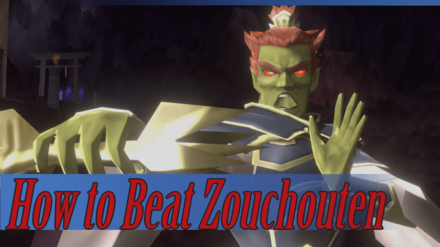 This is a guide to Zouchouten, a boss in Shin Megami Tensei III HD Remaster (SMT Nocturne) for the Nintendo Switch, Steam, and PS4. Read on to know how to beat Zouchouten, Zouchouten's weaknesses, and best strategies against this boss!

3rd Pillar from the Top in Bandou Shrine 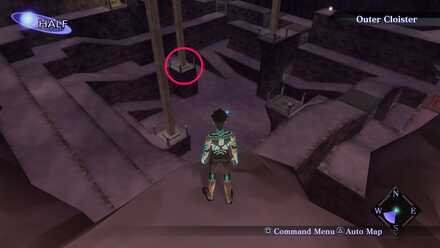 There will be 4 pillars on different levels in Bandou Shrine. Players will fight Zouchouten if they lower the 3rd Pillar from the Top.

Zouchouten's weakness to Force is very easy to exploit. Couple this with his predictable moveset and you have one of the easier bosses of the Bandou Shrine.

Zouchouten will almost always use magic attacks. He uses his single press turn to open with Dragon Eye (granting him 4 press turns), before casting Makakaja, 1 time. Zouchouten will then use either Bolt Storm or Maziodyne until he runs out of press turns. This is easy to counter as players can bring along 1 demon resistant to Elec in order to cancel out Zouchouten's turn.

Zouchouten will also rarely use Beast Eye, and when he does, he uses it at the last press turn of his Dragon Eye sequence. Beast Eye grants Zouchouten 2 more press turns and he'll use them to cast Tarukaja before attacking once. While unecessary, players can bring demons that can reflect Phys such as Girimekhala in order to return Zouchouten's buffed hits.

Best Demons to Use Against Zouchouten

Have at Least 2 Elec Resists in Your Party 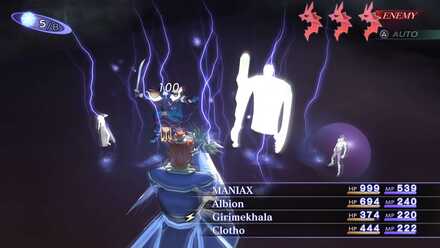 Bolt Storm targets random foes, Maziodyne targets all, while Ziodyne only targets one. To increase the chances of Zouchouten wasting his turn, have at least 1 more demon with Elec resist alongside the Demi-fiend (who himself should be equipped with a Null or Repel Elec magatama).

This strat guarantees that your party will take very little damage throughout the course of battle. 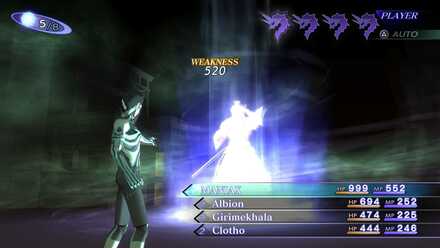 The Wind Cutter Force spell is all you need to kill Zouchouten. Make sure to bring a demon with Wind Cutter or have the Demi-fiend learn Wind Cutter from the Gundari Magatama. Other high-level force spells will also work, but Wind Cutter alone can get the job done.

How to Learn Wind Cutter 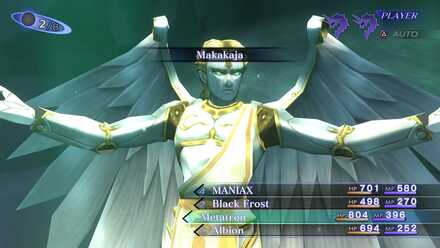 Zouchouten doesn't normally remove -kaja buffs from your party. To kill him quickly, bring along a demon with Makakaja in order to raise the power of your Force spells. Remember, Force spells will be your main damage if you want to finish this fight, quickly. While Physical will work, Force will just keep stacking you with extra press turns.

Red Rider is powerful against Zouchouten because he is immune to Elec attacks. This wastes Zouchouten's Dragon Eye press turns while also allowing Red Rider to emerge, undamaged. Red Rider is also the perfect demon for this fight since he can learn Wind Cutter - a powerful Force spell that exploits Zouchouten's weakness.

In order for us to make the best articles possible, share your corrections, opinions, and thoughts about 「How to Beat Zouchouten: Zouchouten Weakness and Strategies | Shin Megami Tensei 3: Nocturne (SMT Nocturne)」 with us!