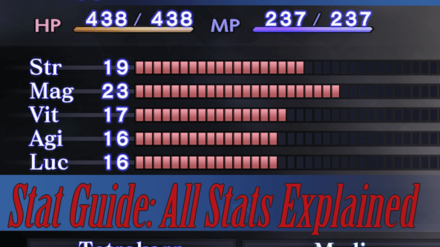 This is a guide to all the player stats in Shin Megami Tensei III HD Remaster (SMT Nocturne) for the Switch, PS4, and Steam! Read on to see all stats explained, as well as how they impact your playthrough. 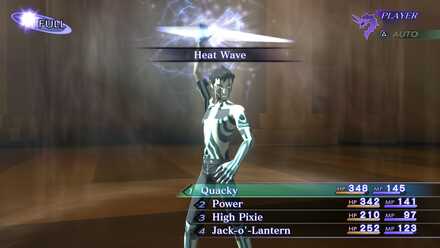 Strength (Str.) is one of the most important stats in SMT 3. This stat directly affects the damage done by the Demi-fiend when using Normal Attacks and Physical Skills.

The higher the strength stat, the stronger your normal attacks become. An added bonus is that a lot of the Demi-fiend's best skills will be Physical, so investing will not have a lot of downsides.

What Does Strength Do 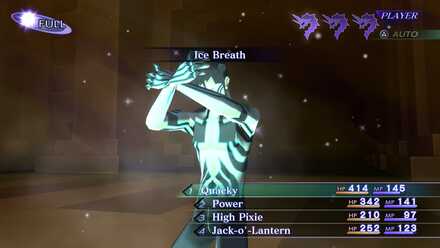 Magic (Mag.) is one of the more niche stats in the game. This stat raises the Demi-fiend's MP per point spent, while also raising his Magic damage.

While there are a lot of good spells available, a Magic stat build relies too much on MP management and weakness exploits. There are a finite number magic skills players can hold and MP Recovery items are hard to amass. This makes Magic more of a sub-stat than a primary investment.

What Does Magic Do

Vitality (Vit.) simply raises the max HP of the Demi-fiend per point spent. While leveling-up does raise the max HP on its own, points spent in Vitality will always pay off due to the game's Game Over mechanic.

Remember that unlike other RPGs, once the Demi-fiend (Protagonist) dies, the game will end (regardless if your demons are still standing). Vitality raises the chances of his survival.

What Does Vitality Do

Agility (Agi.) directly affects the Demi-fiend's chances to land his attacks, as well as his turn order during battles.

This is another great stat to pair with Strength and Vitality as it greatly improves the Demi-fiend's damage output and survival from the start of the game.

What Does Agility Do

Luck seems to be a mostly useless stat. Multiple battles fought on normal difficulty with an almost maxed out luck stat showed no improvements in items drops, post-battle rewards, or chances to land critical hits.

This stat is best left untouched until players are in a comfortable position with HP and Damage.

What Does Luck Do

Post (0 Comments)
Opinions about an article or post go here.
Opinions about an article or post
We at Game8 thank you for your support.
In order for us to make the best articles possible, share your corrections, opinions, and thoughts about "Stat Guide: All Stats Explained" with us!
When reporting a problem, please be as specific as possible in providing details such as what conditions the problem occurred under and what kind of effects it had.