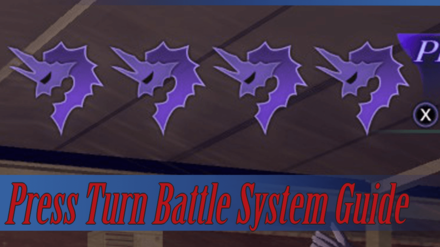 When combat starts, players are given Press Turns. Each player character or demon active on the field gets 1 Press Turn. The more demons you have (max. 4), the more Press Turns you start with.

Enemies obey the same rule. The more enemies there are, the more Press Turns they get. Caution: Unlike the Demi-Fiend, enemies can have more than 4 demons on the field. 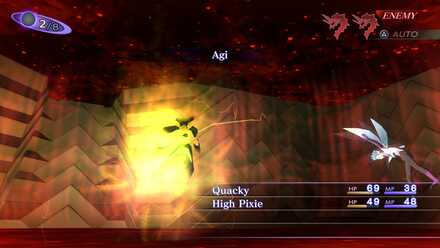 Not all enemies will have only 1 Press Turn. Bosses, despite being only 1 demon, can sometimes have 2 or more Press Turns when they begin combat.

One example is the Specter demon in the Amala Network. It will have 2 Press Turns despite being only 1 demon.

How to count the number of turns

Press Turns can be counted by looking at the top-right corner of the game-screen. How the icon looks determines the count of each Press Turn.

Any action a player or enemy does will always cost Press Turns. The type of action and whether it hits/misses determines the number of Press Turns consumed.

The remaining 1/2 Press Turn is always treated as if it were 1 Whole Turn. 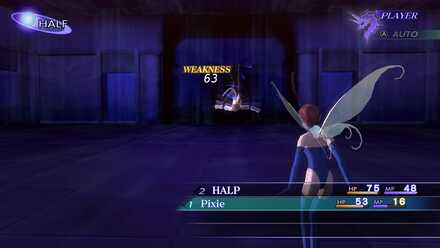 Weakness and Critical hits consume only 1/2 Press Turns. This gives players an extra action to perform for exploiting a weakness or landing a critical hit.

Use this tactic against enemies who have more numbers than your party. Use Weakness exploits especially, as a lot of non-boss demons will have weaknesses.

It is important to know the stats of your enemies. Nullified, Absorbed, or Drained attacks will consume more than 1 Press Turns. This can turn battles against players if they are not careful. Alternatively, you can also check our demon pages to avoid wasting turns during crucial fights!

Status ailments can affect how your allied demons perform in battle. Sometimes, it is better to skip their turn since they usually waste it when they have negative status effects like Confuse.

In order for us to make the best articles possible, share your corrections, opinions, and thoughts about 「Press Turn Battle System Guide | Shin Megami Tensei 3: Nocturne (SMT Nocturne)」 with us!