This is a guide to Thor, a Kishin demon in Shin Megami Tensei III HD Remaster (SMT Nocturne). Read on to know about Thor, its base stats, strengths and weaknesses, how to fuse Thor, and all the skills Thor can learn.

How to Fuse Thor

Fuse two demons that results in a Kishin Demon

To fuse Thor, you need to fuse two demons that will result in a Kishin Demon.

There are several combinations that result in Kishin demons. You'll need demons with a high enough base level to fuse Thor. One combination is by fusing Garuda and Shiva.

This is a difficult combination to get ahold of, but it's fusion calculation works out. Garuda can be evolved from Sparna, while Shiva is attained through Special Fusion.

Beat Thor in the Tower of Kagutsuchi 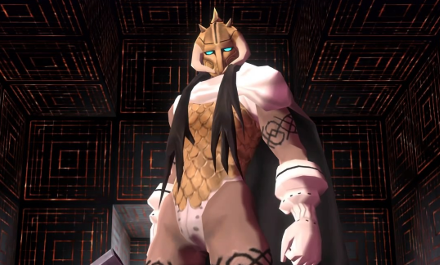 In order to unlock the Thor fusion, players must beat him during the Thor Boss Battle 2nd Encounter within the Tower of Kagutsuchi.

How to Beat Thor (2nd Encounter)

Register as a member and get all the information you want. (It's free!)
Login
Opinions about an article or post go here.
Opinions about an article or post
We at Game8 thank you for your support.
In order for us to make the best articles possible, share your corrections, opinions, and thoughts about "Thor Skills, Stats, and Fusion" with us!
When reporting a problem, please be as specific as possible in providing details such as what conditions the problem occurred under and what kind of effects it had.