This is a sidequest walkthrough for For the Exhibition in Scarlet Nexus for the Xbox, PlayStation, and Steam. Here you'll find a guide on how to find the quest, conditions for completion, and rewards gained.

For the Exhibition Location 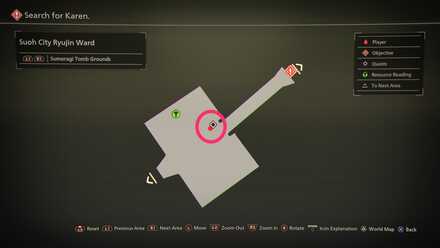 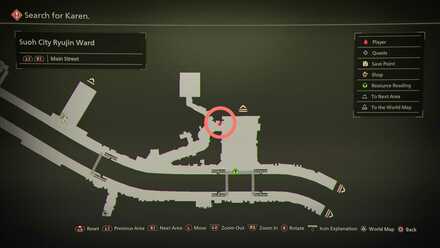 For the Exhibition Quest Information

How to Complete For the Exhibition

The Saliva Santa Other can be found in Mizuhagawa District. Locate three Saliva Santa enemies and finish them off while Teleportation is active.

The Marabou Pendu Other can be found in Sumeragi Tomb or BABE 2. Memories of Emotion. Locate four Marabou Pendu enemies and finish them off with a Slam Attack.

Session Pound Others spawn in the snowy passes of Hieno Mountain. Defeat 3 Session Pound with Shiden's Electrokinesis active to complete the first half of the quest.

Warning: Session Pound Others will explode if you get too close. When they do, the kill will not count towards the completion of this quest.

Use Invisibility to Set-up a Brain Crush

Kagero's Invisiblity will allow players to get close enough to land hits on the Session Pound without triggering an explosion. Coupled with its bonus crush damage, Invisibility makes it easier to set up for a Brain Crush, allowing players to defeat this Other before it explodes.

Use Psychokinesis Finish to Set-up a Brain Crush

Alternatively, players can also use the skill Psychokinesis Finish to quickly deplete a Session Pound's crush gauge. The first Psychokinetic Attack should bring it down, while the follow-up Psy. Finish sets-up the Brain Crush.

Send Rainy Rummy Others flying, defeating them in mid-air to complete the second half of this quest. Use the Jump Attack to send them up, then finish them off with Kasane's Aerial Attacks.

Rainy Rummy Others can be encountered in the passes of Hieno Mountain. They can also be found wandering the corridors of the Abandoned Subway.

Register as a member and get all the information you want. (It's free!)
Login
Opinions about an article or post go here.
Opinions about an article or post
We at Game8 thank you for your support.
In order for us to make the best articles possible, share your corrections, opinions, and thoughts about "For the Exhibition: Sidequest Walkthrough" with us!
When reporting a problem, please be as specific as possible in providing details such as what conditions the problem occurred under and what kind of effects it had.