This is a sidequest walkthrough for Want to Learn More in Scarlet Nexus for the Xbox, PlayStation, and Steam. Here you'll find a guide on how to find the quest, conditions for completion, and rewards gained. 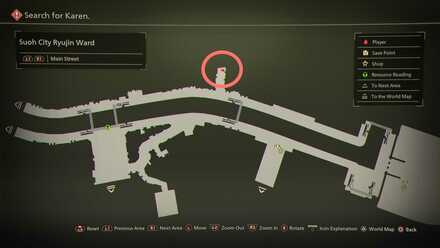 How to Complete Want to Learn More

Juttie Chinery Others can be easily found in Hieno Mountain and in the Memories of Impasse section of Sumeragi Tomb.

Defeat 2 of them with Kyoka's Duplication active to complete the first half of this quest's objectives.

Use Clairvoyance Read Attack to Break the Shell

Juttie Chinery Others have a hard shell that absorbs a lot of damage. To quickly break its shell, activate Tsugumi's Clairvoyance SAS and do a Perfect Dodge Attack. The shell will break in one hit using this method.

If players do not have Tsugumi at Bond Level 2, the alternative is using Kyoka's Duplication to bombard the Juttie Chinery until its shell breaks.

A Winery Chinery will consistently spawn in Floor 3 of the Mizuhagawa District - Construction Site. This is the easier one to go for since this Winery Chinery spawn will only come with one Cut Rut.

Defeat 2 Winery Chinery Others with a Psychokinesis Follow-Up Attack as the last hit, in order to complete the second half of this quest.

Register as a member and get all the information you want. (It's free!)
Login
Opinions about an article or post go here.
Opinions about an article or post
We at Game8 thank you for your support.
In order for us to make the best articles possible, share your corrections, opinions, and thoughts about "Want to Learn More: Sidequest Walkthrough" with us!
When reporting a problem, please be as specific as possible in providing details such as what conditions the problem occurred under and what kind of effects it had.