This is a sidequest walkthrough for Help with a Report in Scarlet Nexus for the Xbox, PlayStation, and Steam. Here you'll find a guide on how to find the quest, conditions for completion, and rewards gained.

Help with a Report Location 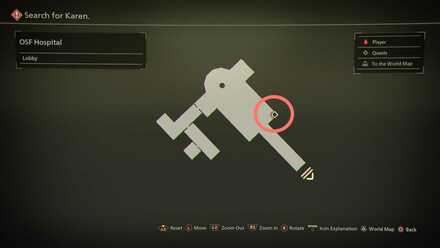 Help with a Report Quest Information

How to Complete Help with a Report

Defeat Base Paws with Invisibility Active

Base Paws can be found guarding the Hallowed Grounds in Arahabaki or wandering the Memories of Longing section in Sumeragi Tomb.

To complete the quest, defeat 3 Base Paws while Kagero's Invisibility is active. Deplete their crush gauges with the Invisibility crush buff, and use Brain Crush to quickly defeat them.

Saws Paws can be easily found in the starting section of the Memories of Rebellion in Sumeragi Tomb. Deplete their crush gauge and use Brain Crush on them to complete the second half of this quest.

Use Clairvoyance to Detect Them

Saws Paws can turn invisible, preventing players from using lock-on during fights. Use Tsugumi's Clairvoyance to detect them during the quest.

When Clairvoyance is active, invisible enemies will be highlighted in green. Land a hit on them to stop their invisiblity.

Register as a member and get all the information you want. (It's free!)
Login
Opinions about an article or post go here.
Opinions about an article or post
We at Game8 thank you for your support.
In order for us to make the best articles possible, share your corrections, opinions, and thoughts about "Help with a Report: Sidequest Walkthrough" with us!
When reporting a problem, please be as specific as possible in providing details such as what conditions the problem occurred under and what kind of effects it had.