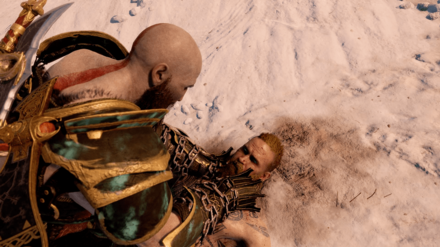 This is a guide on how to beat Baldur in God of War PS4 (GoW 4). This page will explain its attack patterns, behavior, and tips and strategies on how to deal the most damage you can against it and take minimal damage at the same time. 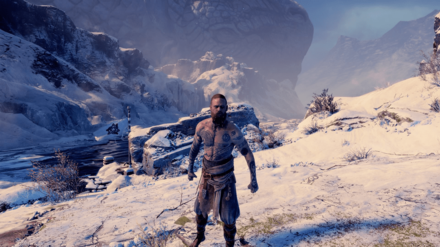 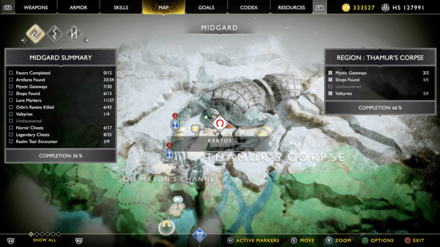 You'll be able to find Baldur during the tail of the quest Jotunheim in Reach, just after retrieving Mimir's eye inside of Jormungandr. 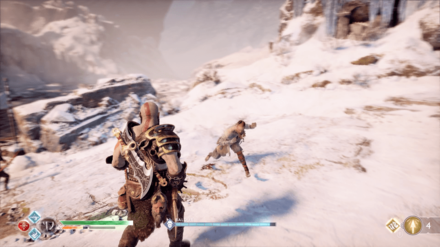 The first phase of the match will be similar to the first time you fought against Baldur, then known as The Stranger. Come out swinging, but be prepared for counterattacks which you can parry. 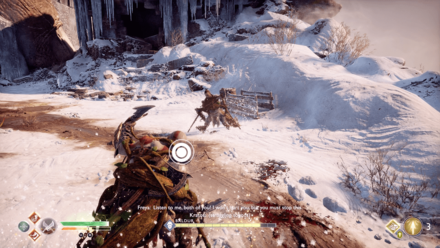 Not an attack by Baldur himself, but rather Freya, where roots will explode from the ground and wrap around you to prevent you and Baldur from being able to come into contact with one another. You'll have to break free of these. 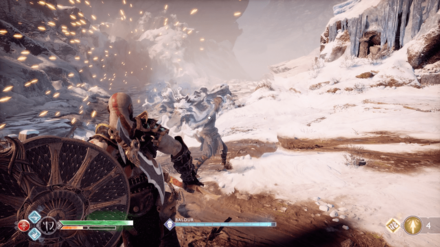 A standard attack carried over from your first encounter with him, Baldur will rush you for a quick punch. Parry these and hit back. 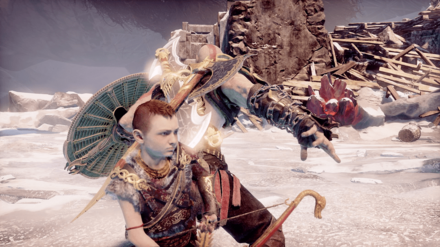 You will begin the phase back-to-back with Atreus, similar to how you did against Magni and Modi. You won't have to do much, and once you're back in full control of Kratos once again, wait for an opening. 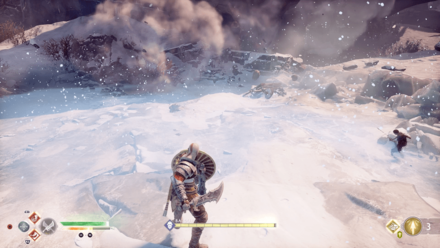 Similar to the roots from the first phase, this attack isn't done by Baldur but by Freya instead. She'll use Thamur's hand to send a wave of ice at you, which you must block. 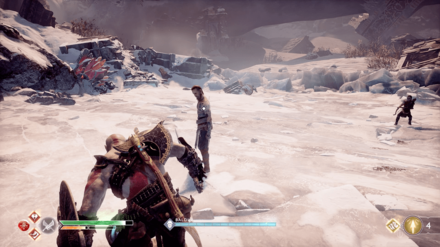 Baldur will speed from side to side before rushing at you with a punch. 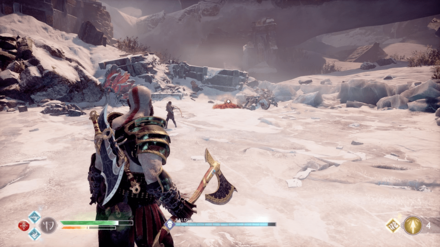 A wave of fire or ice will be sent your way, which is quickly followed up by fireballs or ice shafts. Block these strikes and try to get close to him for a strike. 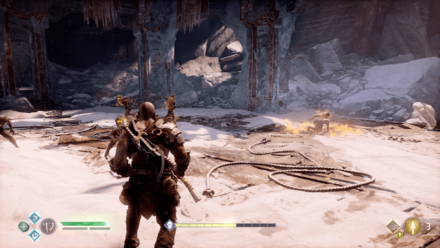 Be wary of the different creatures summoned by Freya to fight you. It is best to take care of them first before concentrating on Baldur. 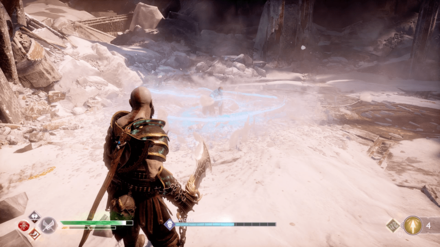 Baldur will jump straight up into the air and crash down on you, creating a circular area of effect hazard depending on the element he is currently using. 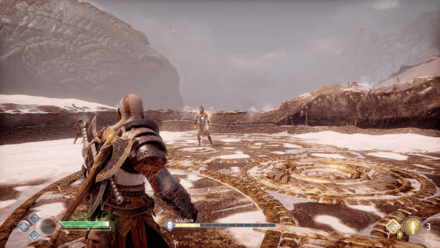 The phase begins with you in Spartan Rage. Make sure to make as much of the opportunity as possible and deal as much damage as you can against Baldur. This final phase will be an amalgamation of all the attacks that he has presented thus far.

Fighting against Baldur one final time requires you to at least have gotten used to seeing incoming attacks when an enemy is preparing them and dodging. Fighting against the Valkyries goes a long way to help practice you with mastering these skills. Play the match patiently, and pay attention to Freya's attempts to disrupt or separate the two of you in the first two phases of the battle.

Post (0 Comments)
Opinions about an article or post go here.
Opinions about an article or post
We at Game8 thank you for your support.
In order for us to make the best articles possible, share your corrections, opinions, and thoughts about "How to Beat Baldur | Boss Fight Guide" with us!
When reporting a problem, please be as specific as possible in providing details such as what conditions the problem occurred under and what kind of effects it had.