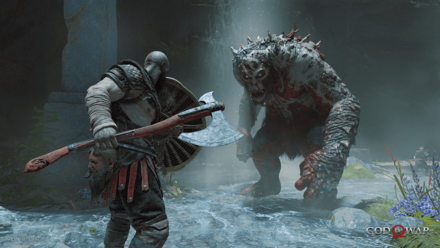 God of War is set to release on the PC platform on January 14, 2022. Read on to learn more about the game and its PC port as well as its system requirements! 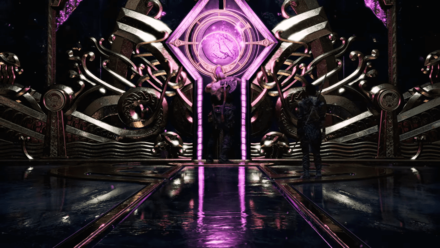 God of War will release on January 14, 2022 on PC – 4 years away from its original 2018 run on its home platform, the Playstation. The game will launch featuring largely the same content as that of its console counterpart, featuring only unique differences in its graphical quality and settings as the game looks to take advantage of the powerful hardware available to the PC. 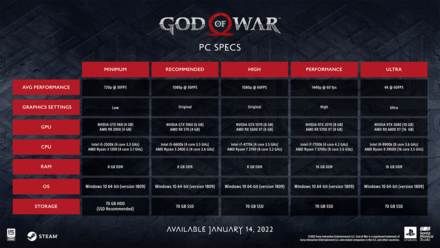 God of War on the PC will require, at minimum, decent hardware to run at its lowest settings. As per Santa Monica Studios, the PC Port of the game will feature enhancements not present in the original release of the game, including higher resolution shadows, improved screen space reflections, and enhanced Ambient Occlusion amongst others new features.

The recommended specs released by Santa Monica are based on 5 presets – it is currently unknown if these presets can further be tweaked through in-game settings.

Post (0 Comments)
Opinions about an article or post go here.
Opinions about an article or post
We at Game8 thank you for your support.
In order for us to make the best articles possible, share your corrections, opinions, and thoughts about "PC Release Date and System Requirements" with us!
When reporting a problem, please be as specific as possible in providing details such as what conditions the problem occurred under and what kind of effects it had.