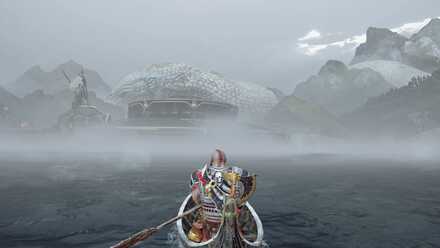 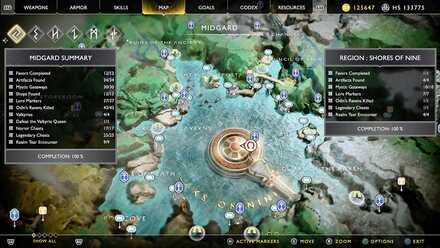 The Shores of Nine is the main area of the Midgard map that grants access to most of the other regions within the realm. 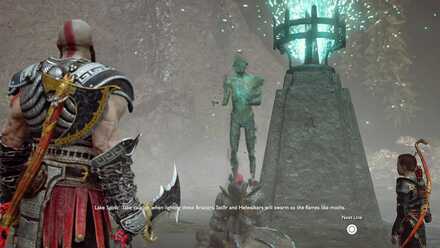 After meeting the World Serpent for the first time during the Path to the Mountain quest, you have the option to explore the surrounding area.

You'll have to help four Wayward Spirits by lighting braziers and defeating the enemies that swarm soon after. The favor can be started by assisting any of the spirits and can be completed in any order. 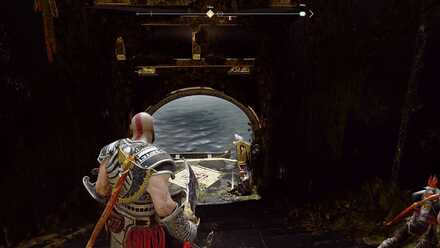 You can find this artifact right after docking at Tyr's Temple during the Path to the Mountain quest. Go down the stairs at the eastern dock and grab the artifact from the warrior's corpse. 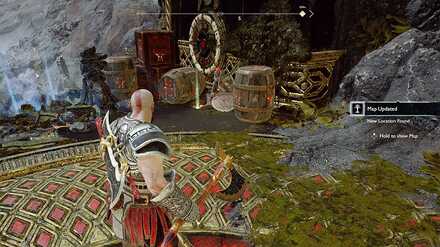 The next artifact for the Abandon Ship set is found at the top of Niflheim Tower, located southwest of Tyr's Temple. 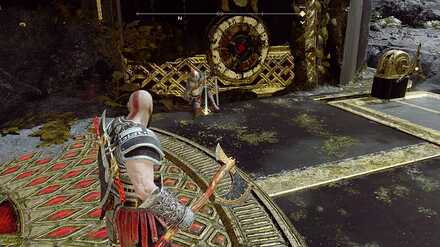 Head north from the temple to reach Helheim Tower. Use the lift to reach the top and find this artifact on a corpse. 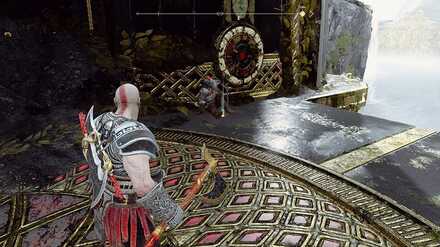 The last artifact in the Shores of Nine is found at the top of Alfheim Tower, northeast of Tyr's Temple. 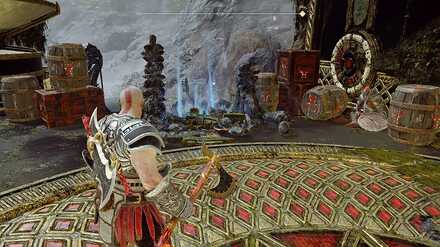 From Tyr's Temple, travel southwest until you reach Niflheim Tower. Use the lift to reach the top where you'll find one of Shores of Nine's mystic gateways. 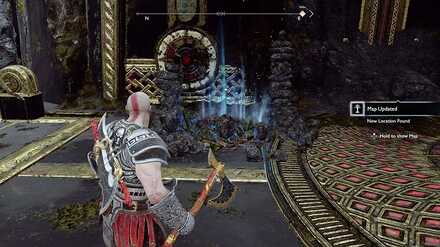 This mystic gateway is found at the top of Alfheim Tower, located northeast of Tyr's Temple. 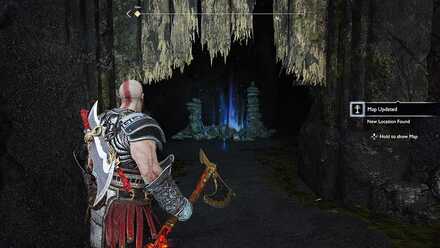 A mystic gateway is found on Stone Falls behind a wooden barricade. 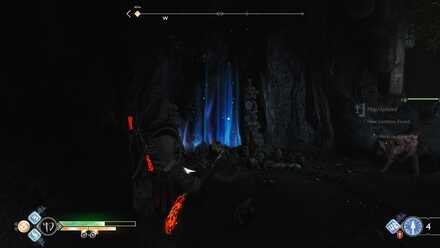 After the water level goes down a second time, return to the Forgotten Caverns and enter the cave ahead to find this mystic gateway 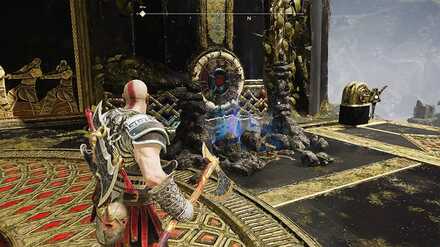 Same as the previous gateway, this one can also be reached only after the water level drops again. Climb the Svartalfheim Tower from its back (you can find an opening west of the tower) then open the large gate once you're at the top to find a mystic gateway and a Traveler. 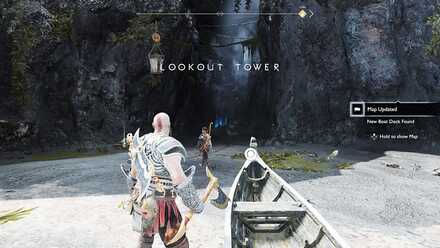 Make your way back to the Lookout Tower and dock your boat on the newly revealed area. You'll immediately find the mystic gateway on the narrow path in front of you. 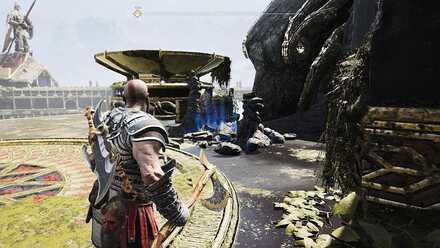 The next mystic gateway is at the top of the Muspelheim Tower but you can only reach it through the Lookout Tower. Climb up the region until you reach the area you explored during the first water drop then look on your right to find more wall marks that will lead you to a path that ends at the top of Muspelheim Tower. 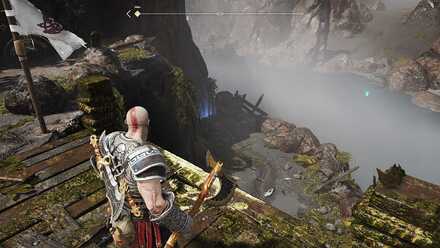 Another gateway is found at the top of the Isle of Death. Climb up until you reach the area with the lifts and ziplines then while on the wooden platform, look on your left to find the area where the gateway is. 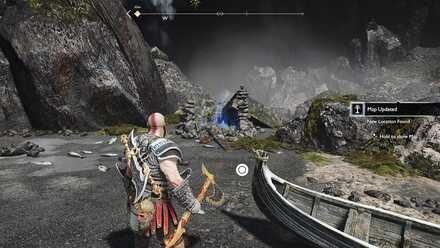 Make your way north past the Svartalfheim Tower until you reach the Ruins of the Ancient. The mystic gateway is right next to the dock, before you enter the area with the Soul Devourer. 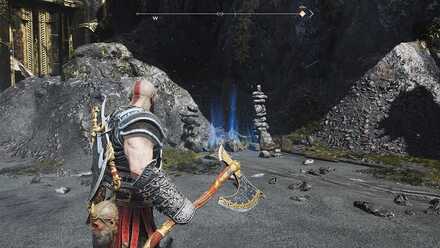 The last mystic gateway is located in the area between the Helheim Tower and the Mason's Channel. Dock near the two oarsman statues and you will find the gateway next to the stationary troll (a moving one after a certain point in the story). 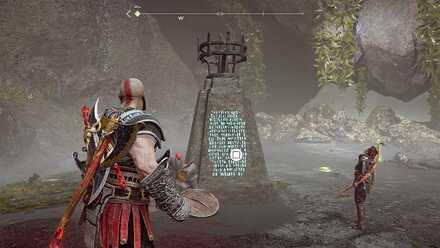 This lore marker is written on a brazier in Iron Cove, located southwest of the Lake of Nine. You need to examine this brazier as part of the Unfinished Business Favor. 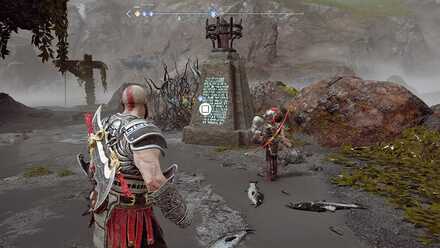 The next lore marker is found on the Isle of Death, just north of Iron Cove. The brazier this lore marker is written on is also part of the Unfinished Business Favor. 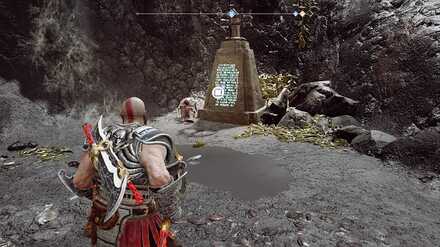 Another brazier for the favor and lore marker of the Shores of Nine is located at the Forgotten Caverns, northwest of Tyr's Temple. 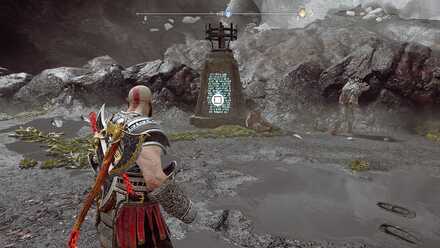 The last of the braziers associated to the favor is located at the Cliffs of the Raven, southeast of the temple. Interacting with the first four lore markers on the list and defeating the enemies will also finish the Unfinished Business quest. 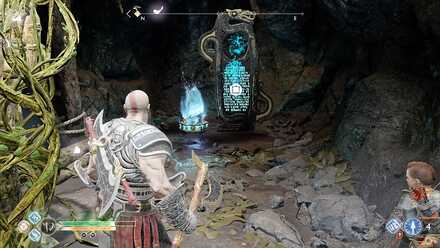 During your trip back to the Mountain in The Light of Alfheim quest, you'll notice one of the light crystals on the ground below where it was before. Pick it up and place it beside the nearby lore marker and light it with your arrows to reveal the lore. 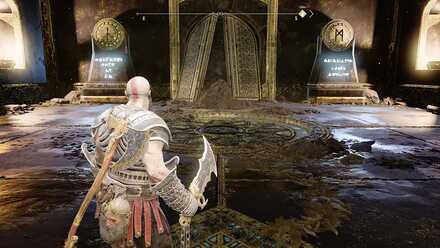 The last two lore markers are inside the Vanaheim Tower. You must obtain the Niflheim and Muspelheim ciphers first before Atreus can read the lore markers and register them in the summary. 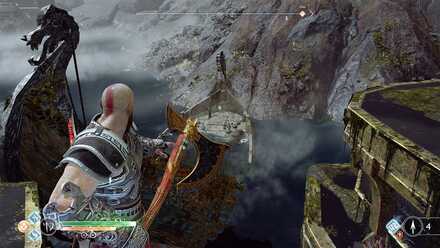 The only raven in the Shores of Nine is found near the Niflheim Tower. Look below the side where the mystic gateway is and you should see the raven on the farther half of the boat. 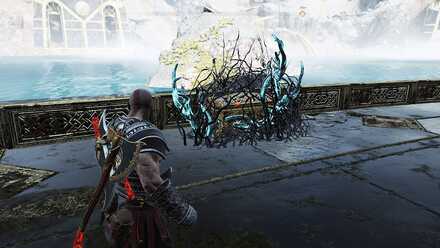 Once you retrieve the Blades of Chaos during The Sickness, return to Tyr's Temple and go down the stairs on the right (facing the temple) until you reach the lowest level. Follow the side path and you will run into this chest covered in Hel's bramble, which can be burned down using the Blades of Chaos. 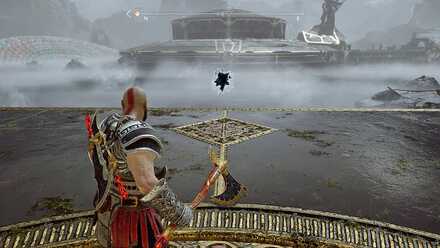 Head to the top of Niflheim Tower on the southwest of the Lake of Nine to find this realm tear between the tower's braziers. 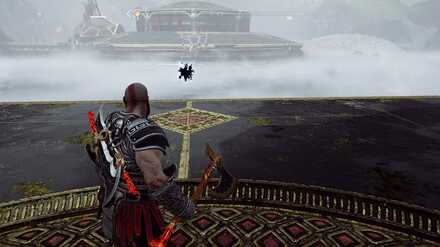 This realm tear is found at the top of Alfheim Tower on the northeast side of the Lake of Nine. 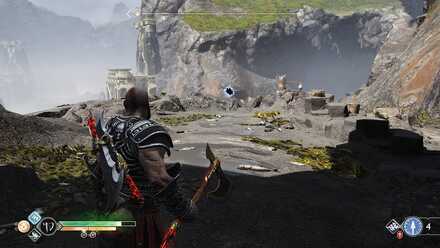 Climb the Svartalfheim Tower through the cave behind it then make a right once you're at the top to find this realm tear. 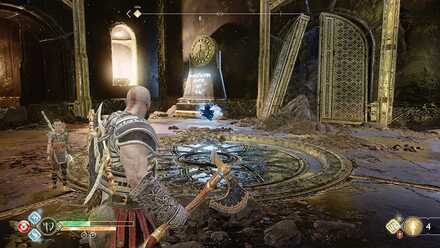 One of the realm tears in Shores of Nine is hidden inside the Vanaheim Tower. Come back here once you have the Light Arrows then shoot the light crystals on the walls to reveal the realm tear.

In order for us to make the best articles possible, share your corrections, opinions, and thoughts about 「Shores of Nine Region Summary and List of Collectibles | God of War PS4 (GoW 4)」 with us!