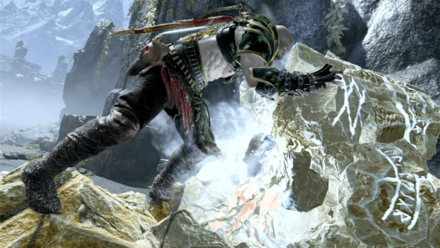 This is a guide on how to beat Soul Devourer in God of War PS4 (GoW 4). This page will explain its attack patterns, behavior, and tips and strategies on how to deal the most damage you can against it and take minimal damage at the same time. 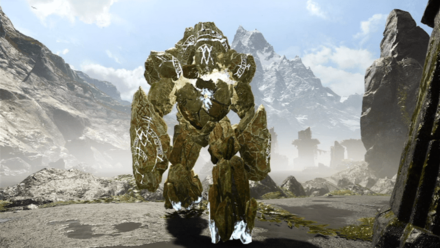 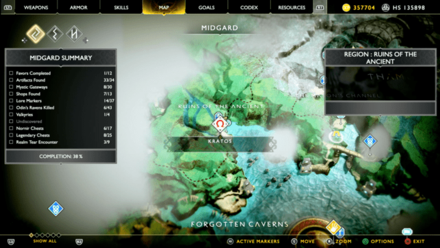 The Soul Devourer can be found on a beach in an area called the Ruins of the Ancient. It guards the area where you'll be able to find a chest that you can open. 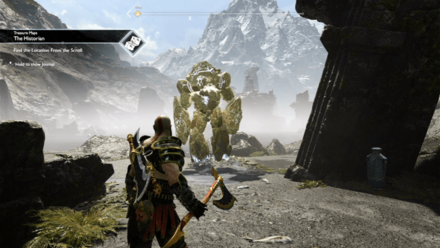 Even when running alongside it, the Soul Devourer will not attack you straight away. Attacking it will cause the fight to begin, where it will make use of a number of attacks against you. 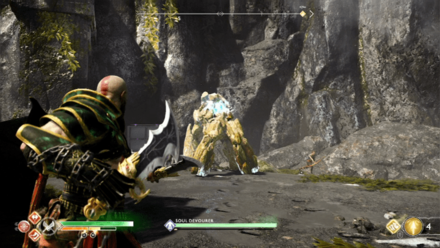 One of two of its primary methods of attack, the Soul Devourer will lean backwards on its hands, sending out random streams of projectiles that land around a small perimeter around it. When attacking like this, its chest is significantly exposed, allowing you to exploit this fact with throws of your axe. 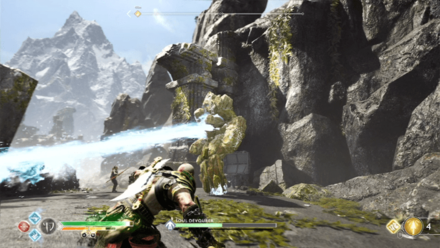 Causing it enough damage will cause the Primordial to shoot out a beam of concentrated ice that it sweeps from side to side. It is difficult to avoid these due to its range, so it is recommended that you hide behind the stone pillar near the edge of where you find Soul Devourer in. 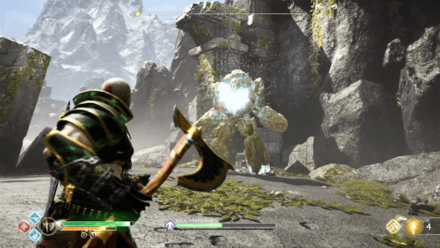 The second of its primary methods of attack, it will stand on its two feet with its chest wide open, shooting projectiles at you. Dodging these blows are much more difficult, due to its ability to aim them at you directly. You can get around this by rolling away whenever it shoots and countering with a quick axe throw to its chest. 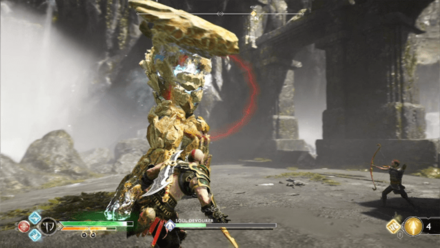 Coming in too close to the Primordial will cause it to go down flat on the ground before sending out a large pulse of energy. It is easy to avoid taking damage from these attacks by simply rolling or running further away.

Soul Devourer can easily be taken on, even on lower levels. The stone pillar near the edge of the area you fight it in can be used as a safe haven for you – hide behind it when it tries to shoot at you, and peek out from time to time to throw your axe into its open chest.

Register as a member and get all the information you want. (It's free!)
Login
Opinions about an article or post go here.
Opinions about an article or post
We at Game8 thank you for your support.
In order for us to make the best articles possible, share your corrections, opinions, and thoughts about "How to Beat Soul Devourer | Boss Fight Guide" with us!
When reporting a problem, please be as specific as possible in providing details such as what conditions the problem occurred under and what kind of effects it had.