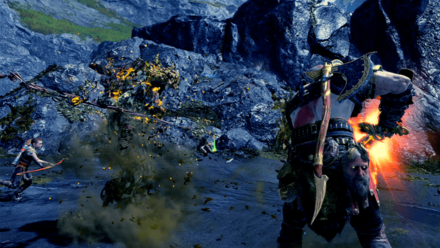 This is a guide on how to beat Gullveig in God of War PS4 (GoW 4). This page will explain its attack patterns, behavior, and tips and strategies on how to deal the most damage you can against it and take minimal damage at the same time. 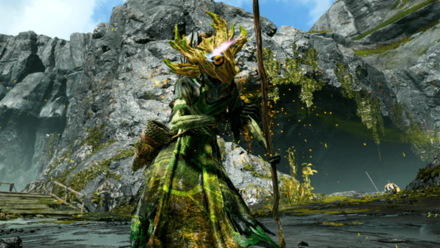 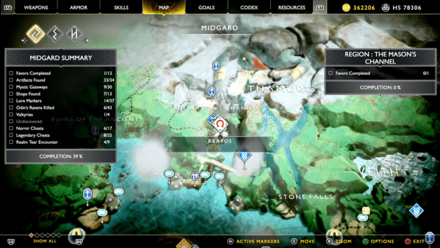 Gullveig is a Revenant that can be reanimated on the first beach you can dock with in the Mason's Channel as part of the Favor Anatomy of Hope. You will need to collect pieces of her remains to begin the fight. 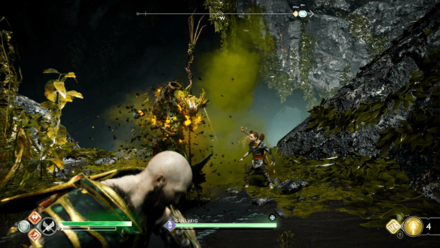 Immediately after talking to the spirit on the beach in Mason's Channel, Gullveig will be reanimated. It is best to move away as events unfold, as the Revenant will appear where the spirit you talk to resides, bring along with it Nightmares. 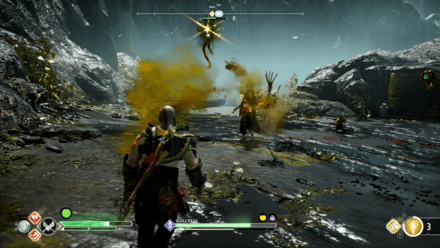 From a distance, Gullveig will be able to spew poisonous projectiles at you. These can be dodged easily, and you must do so due to the amount of continuous damage it can cause you once you are afflicted with Poison. Knocking arrows into the Revenant after its attacks can help stun it long enough for you to approach for a hit or two. 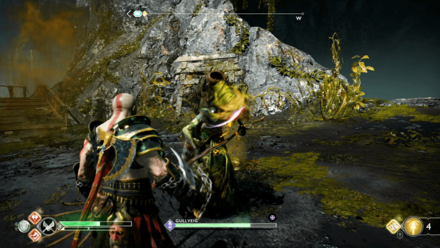 Gullveig also has the capability of rushing you with full intentions of striking at you with its staff. Although blockable, it is recommended that you move away while having Atreus fire Shock Arrows into her that can allow you to strike her while she is momentarily stunned. 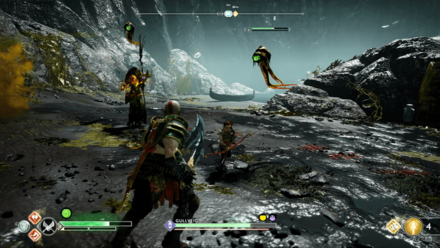 Several Nightmares will appear alongside Gullveig when the fight begins. Although weak, they can hit you with poisonous strikes that have the potential of taking away large portions of your health at a time.

Fighting against Gullveig is not a complicated endeavor. It is difficult however, if you allow the Nightmares that summon alongside her to remain, as they can, along with Gullveig's own attacks, shoot poison projectiles at you.

The key to winning the fight is to take care of the Nightmares as soon as possible while keeping an eye out for Gullveig's moves, as she can easily weave in an out of your defences.

Register as a member and get all the information you want. (It's free!)
Login
Opinions about an article or post go here.
Opinions about an article or post
We at Game8 thank you for your support.
In order for us to make the best articles possible, share your corrections, opinions, and thoughts about "How to Beat Gullveig | Boss Fight Guide" with us!
When reporting a problem, please be as specific as possible in providing details such as what conditions the problem occurred under and what kind of effects it had.