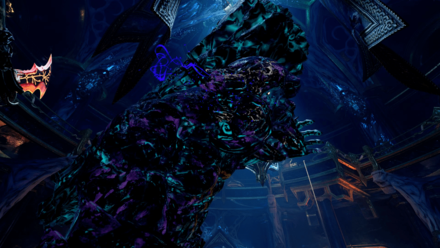 This is a guide on how to beat Grendel of the Ashes and Grendel of the Frost in God of War PS4 (GoW 4). This page will explain its attack patterns, behavior, and tips and strategies on how to deal the most damage you can against it and take minimal damage at the same time.

Grendel of the Ashes

Grendel of the Frost 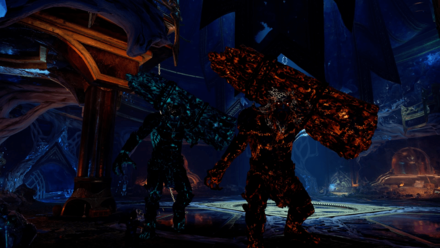 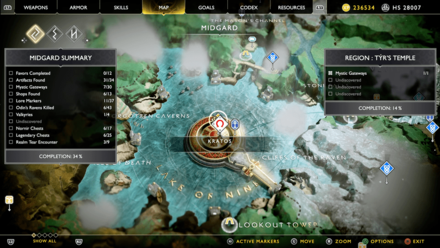 You'll be able to find the two trolls during the quest The Black Rune. 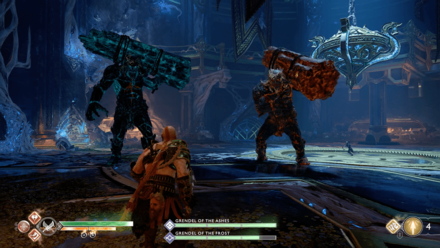 Once both Grendels have spawned, its best to move away for a moment to assess who is who. Your two weapons work best against the element its opposite of, and thus you'll need to open the fight by picking out the nearest Grendel to hurt with either weapon. 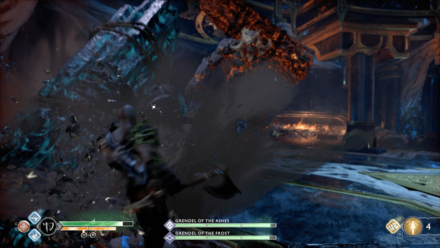 A very basic move where either of the two rushes you with their Stone Pillar, slamming it down on the ground. Avoid these and hit back as best as you can. 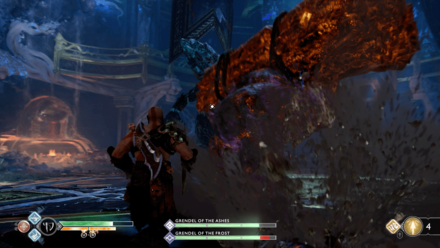 A faster move, but basic still, is when either of the two Grendels will slam their hands on you for a weak, but fast, strike. Evade these. 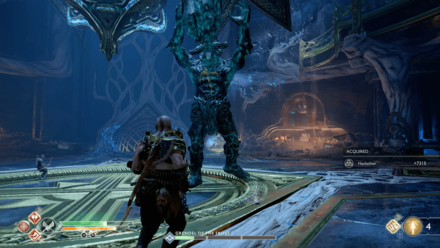 One or both of them will lodge their stone pillars into the ground, causing rocks to surface. If you hit these rocks, you'll be staggered along with receiving damage. Avoid these. 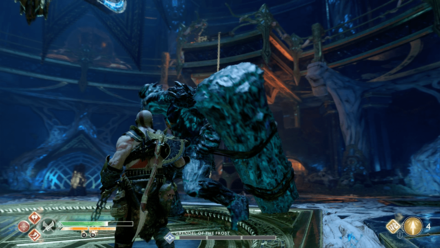 Either of them will spin their Stone Pillars around. Make sure to stay away from them during this attack, using Atreus to pepper them with arrows so long as he has any left.

The fight against the two Grendels is difficult due in part to either of the two trolls not letting up in their attacks against you. Neither also seem to be easily distracted or drawn towards Atreus, choosing instead to target you. This, and given their natural resistance to one of your weapons, makes focusing on one troll over the other difficult.

However, focusing on just one of the two Grendels is precisely what you need to do. If you deal one of the trolls enough damage, it will begin to drain the life of the other, shortening the fight.

Post (0 Comments)
Opinions about an article or post go here.
Opinions about an article or post
We at Game8 thank you for your support.
In order for us to make the best articles possible, share your corrections, opinions, and thoughts about "How to Beat Grendel of the Ashes and Grendel of the Frost | Boss Fight Guide" with us!
When reporting a problem, please be as specific as possible in providing details such as what conditions the problem occurred under and what kind of effects it had.