This is a guide on how to beat Forest Ancient in God of War PS4 (GoW 4). This page will explain its attack patterns, behavior, and tips and strategies on how to deal the most damage you can against it and take minimal damage at the same time. 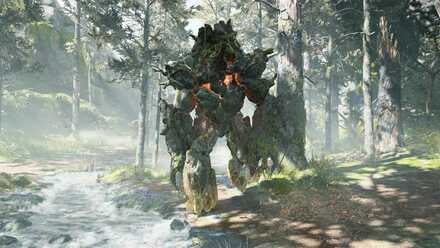 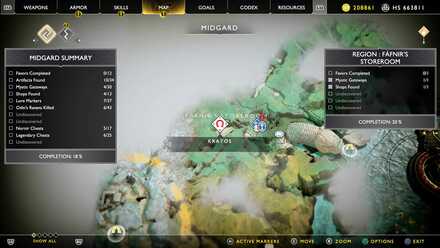 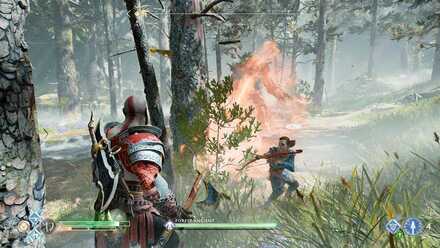 The secret to this fight, is to position yourself behind the surrounding trees while the Forest Ancient attacks. A majority of its attacks can be blocked by the terrain giving you multiple openings to attack. 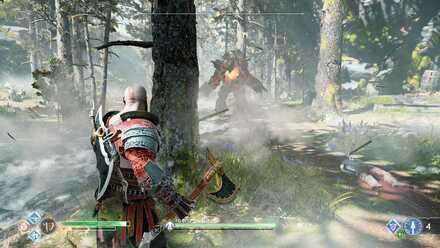 The Forest Ancient's first attack is similar to the Fire Ancient. It will expose its core and shoot flaming projectiles directly at you.

The second attack will make the Forest Ancient fire a laser beam from its core. This attack has two variations where it will target you directly or shooting the beam in a wide area.

The trick to defeating the Forest Ancient is to position yourself behind a tree while waiting for it to expose its core. Small fragments of the Ancient will drop if you hit its core.

If you throw 2 of the fragments back to the Forest Ancient, you will be able knock them down and deal massive damage to them using the R3 button.

Register as a member and get all the information you want. (It's free!)
Login
Opinions about an article or post go here.
Opinions about an article or post
We at Game8 thank you for your support.
In order for us to make the best articles possible, share your corrections, opinions, and thoughts about "How to Beat Forest Ancient | Boss Fight Guide" with us!
When reporting a problem, please be as specific as possible in providing details such as what conditions the problem occurred under and what kind of effects it had.