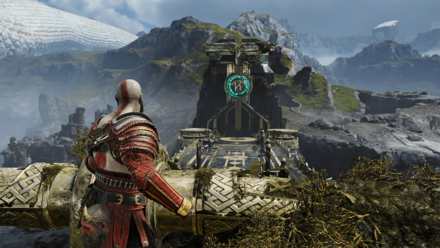 This is a walkthrough for A New Destination in God of War (2018) for the PS4. Learn more about the objectives of this quest, quest rewards, tips for completion, as well as boss fight strategies!

How to Unlock A New Destination

Soon after reaching the summit of the mountain, you'll meet Mimir. He tells you that the highest peak in the realms isn't on Midgar, but rather on Jotunheim. Thus, you embark on a quest to get to that realm – but first, you must reanimate Mimir's head with the aid of the Witch of the Woods.

Take Mimir's Head to the Witch 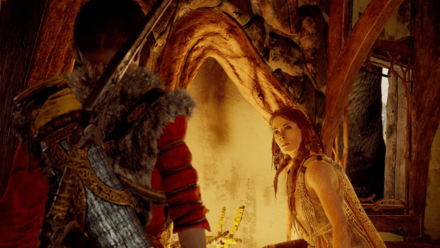 Get to the Serpent's Horn 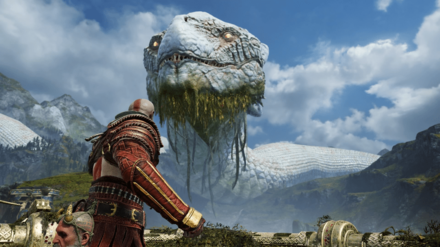 Due to the shortness of the quest and the way it leaves a lot of the decisions of where to go up to you, you should consider moving around Midgard to find hidden chests/items, as well as do some of the Favors you've collected up to this point.

Talk to the Witch in Her House

Head down to the area until you find a large box. Turn left and hit the two crystals with light arrows to form a path leading towards the Nornir Chest. 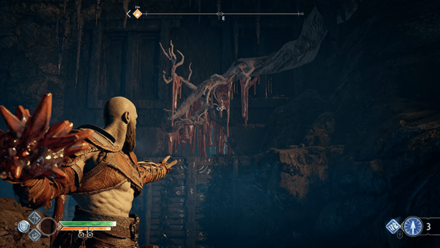 Turn around and head straight to the light path and take a Shattering Crystal. Throw it towards the World Tree Sap and have Atreus shoot a Shock Arrow at it. Climb up the ledge and find the R rune near the sealed door.

Return to where you hit the two crystals and turn left to find the N rune behind a waterfall. 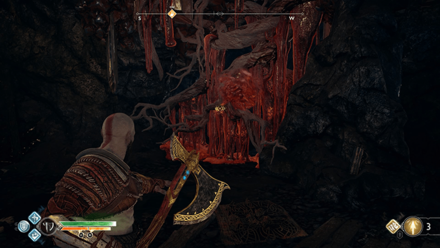 Head back to the elevator and destroy the World Tree Sap nearby. Defeat the Draugrs and the Revenant that appear. Head inside and find the C Rune on the wall of the well.

Post (0 Comments)
Opinions about an article or post go here.
Opinions about an article or post
We at Game8 thank you for your support.
In order for us to make the best articles possible, share your corrections, opinions, and thoughts about "A New Destination Quest Walkthrough" with us!
When reporting a problem, please be as specific as possible in providing details such as what conditions the problem occurred under and what kind of effects it had.