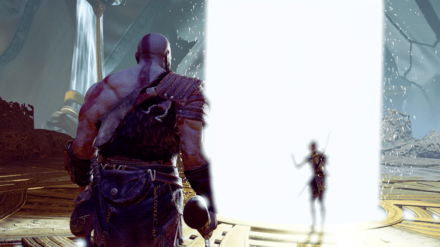 This is a walkthrough for The Light of Alfheim in God of War (2018) for the PS4. Learn more about the objectives of this quest, quest rewards, tips for completion, puzzle solutions, as well as boss fight strategies!

The Light of Alfheim Basic Information

How to Unlock The Light of Alfheim

Once you reach Alfheim, you'll be separated from the Witch. She will instruct you on how to get the Light of Alfheim.

The Light of Alfheim Quest Rewards

The Light of Alfheim Quest Walkthrough

Find a Way to the Light, Free the Boat 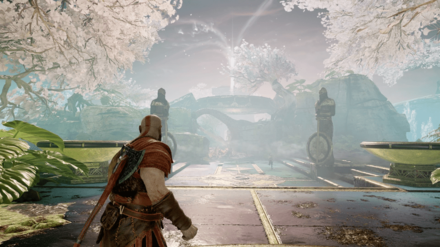 Get to the Ringed Temple, Find a Way In 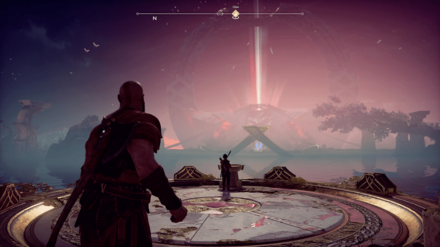 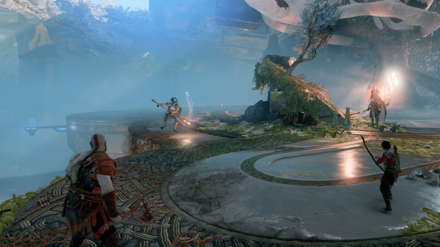 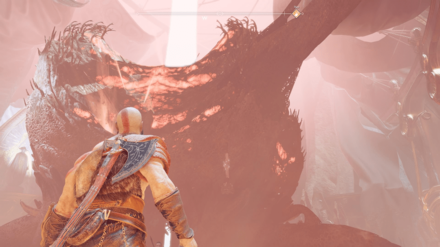 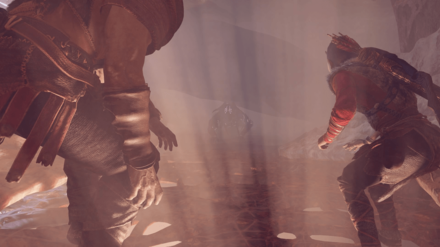 Find a Way Out 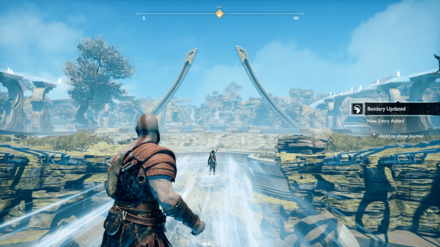 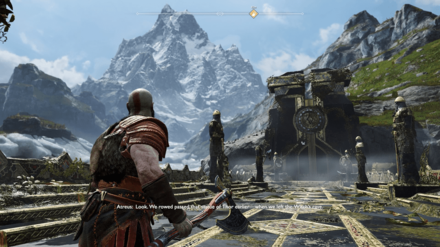 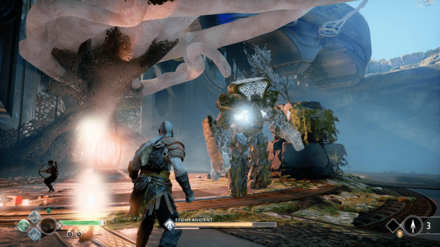 The Stone Ancient is a large and slow opponent you will encounter. It will attack you by opening up its chest and sending forth a surge of magic to damage you – this will be an opportune moment for you to lodge the Leviathan Axe into its open chest for great damage. 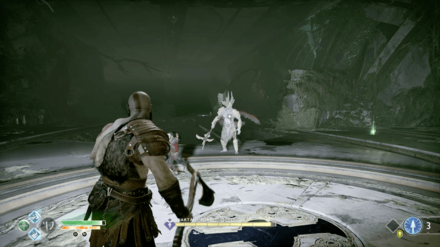 Svartaljofurr isn't that much different from the other Elves you've fought thus far. He will try to rush you in an attempt to attack you, so be sure to be ready to parry/block. Make use of Atreus' bow attacks whenever he tries to dodge or block your own hits. 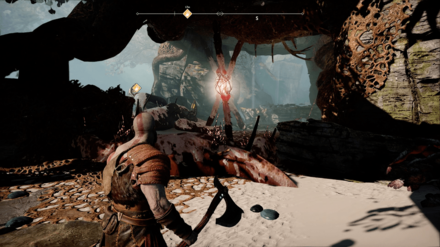 One of the first obstacles in your way preventing any progress in the Light of Alfheim Journey are the vines that are keeping a boat players need to cross Alfheim's lake. Players will need to destroy the vines around the boat – this can be done by navigating towards a side area that gives you a view from the side of the vines.

Simply line up the vines in a straight line and throw the Leviathan Axe across, destroying all the vines in one single hit, freeing the boat. 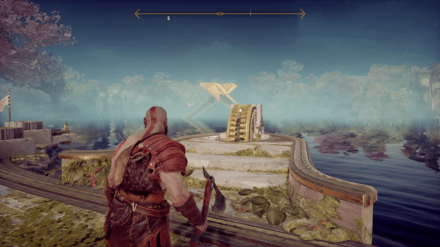 Another one of the early puzzles in Alfheim that players will need to tackle in order to progress their Journey is the so called Bridge Puzzle, which involves raising runes from the lake to create a bridge leading to the Ringed Temple. In order complete this puzzle, players must first take their boat to the central island in the lake, where a sand bowl can be inspected.

Travel to the bridgehead near the end of the lake, where they'll need to use two wheels on either side of the bridgehead to raise the runes. From there, travel back to the central island and interact with the sand bowl, which parts the lake and solves the puzzle. 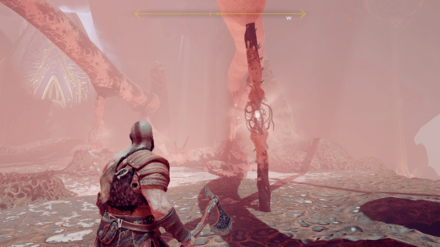 Upon reaching into the deeper parts of the depths, players will come across an area where they'll be unable to progress through an entrance into the hive due to the roots blocking their way – individually trying to destroy the root-points will only cause them to grow back.

Instead, line up three of the root points at a time and throw the Leviathan Axe at them – if successful, each line of three root-points the player destroys will not grow back. Continue this process until you destroy three lines, which reveals the entrance into the hive. 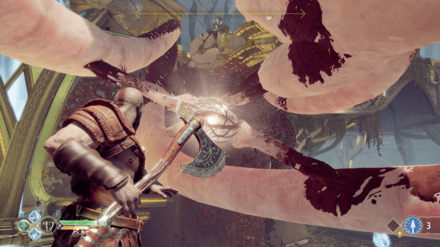 Near the end of the Journey, you'll be presented with Light Arrows that you can use with Atreus' bow. During this, you'll be able to connect a gem to a pyre that activates a light bridge for you to cross, which inevitably leads you to a bridgeway blocked by roots.

You'll have to destroy a line of root-points above the bridgeway, which you can see by moving onto the bridge and looking to your upper left where the roots can be lined up and destroyed.

You can find the Nornir Chest opposite of the wheel at the end of the bridge.

Use the wheel mechanism to slowly lower down the floors and freeze the gear in place. Drop down the ledge to destroy the R rune and turn around to find the C rune.

Recall the axe and return to the wheel. Spin the mechanism until the entire floor drops down. Turn around and find the N rune on top of a ledge.

Find Another Way Into the Temple

From the sealed blue door, head to the left and descend the stairs. You can find the Nornir Chest inside the room blocked by roots. Destroy the cores to open the door.

The N rune is above the chest, while the C rune is outside on the left of the room's entrance. Turn around and find the R rune near the stairway.

Hit the bells in this order: R rune, C, rune, and N rune to unlock the chest.

Find a Way Out of the Temple

You can find the Nornir Chest on the opposite side of the blue sealed door. You need to take the light crystal from the other room and place it on the pedestal to create a light bridge leading towards it.

The R rune is behind the chest, and the C rune is hanging through a broken window to the left. Head back to ledges and find the N rune near a rubble.

Position yourself so you can see both the C and R runes. Hit the C rune first and then the R rune. Press the Down Arrow on the D-Pad to turn around and hit the N rune to unlock the chest.

Go Back Through the Tower

Before leaving Alfheim, head south of the Ringed Temple to find the Light Elf Sanctuary. Defeat the enemies and pass by the gate. Turn left to find the Nornir Chest inside a gazebo surrounded by hanging bells.

There are no visible runes on the hanging bells, so you need to hit the right bell based on the sound cue.

The correct bells are located at the left and right side of the chest. The last bell is located directly behind the chest.

Register as a member and get all the information you want. (It's free!)
Login
Opinions about an article or post go here.
Opinions about an article or post
We at Game8 thank you for your support.
In order for us to make the best articles possible, share your corrections, opinions, and thoughts about "The Light of Alfheim Quest Walkthrough" with us!
When reporting a problem, please be as specific as possible in providing details such as what conditions the problem occurred under and what kind of effects it had.