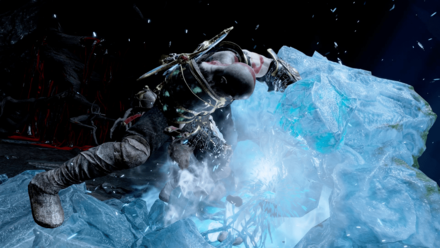 This is a guide on how to beat Frost Ancient in God of War PS4 (GoW 4). This page will explain its attack patterns, behavior, and tips and strategies on how to deal the most damage you can against it and take minimal damage at the same time. 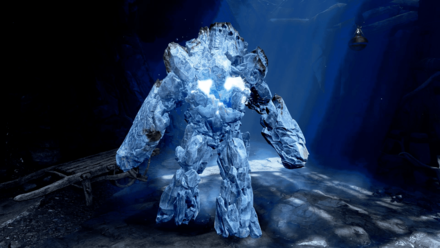 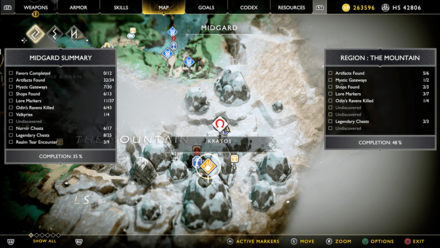 You'll encounter the Frost Ancient during your second pass inside of The Mountain during the quest Return to the Summit. 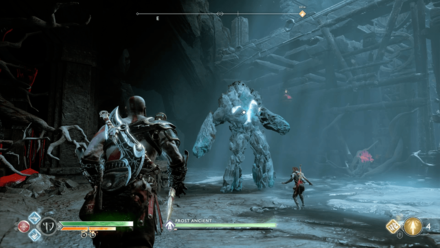 Wait for the Frost Ancient to open its chest for an attack. Every attack you try with its chest still closed will simply bounce off or inflict very little damage. 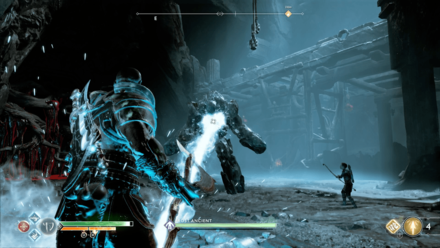 It will use a very short beam attack directed straight at you. It is best for you to not block these, as doing so may stagger you and cast a freeze aura on you, allowing the Frost Ancient to come close. 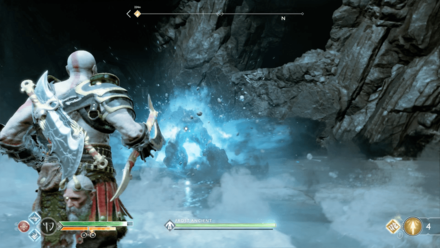 Getting too close to it will cause it to go on to its hands and knees before exploding in a pulse. 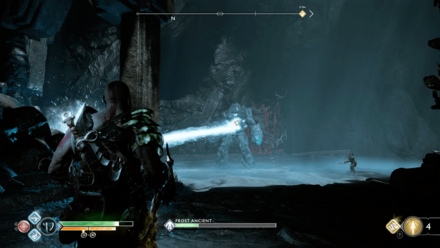 Similar to its first beam attack, this particular attack will see the Frost Ancient cast the beam from side to side. Block these attacks.

A very easy fight, only difficult if you allow yourself to get caught with its attacks inside of the narrow area you have to fight in.

See more comments (4 Comments)
Opinions about an article or post go here.
Opinions about an article or post
We at Game8 thank you for your support.
In order for us to make the best articles possible, share your corrections, opinions, and thoughts about "How to Beat Frost Ancient | Boss Fight Guide" with us!
When reporting a problem, please be as specific as possible in providing details such as what conditions the problem occurred under and what kind of effects it had.