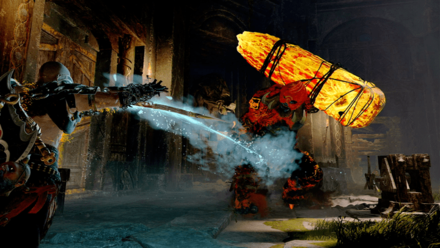 This is a guide on how to beat Daudi Hamarr in God of War PS4 (GoW 4). This page will explain its attack patterns, behavior, and tips and strategies on how to deal the most damage you can against it and take minimal damage at the same time. 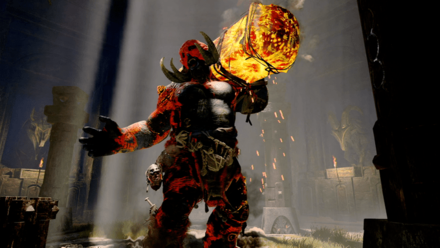 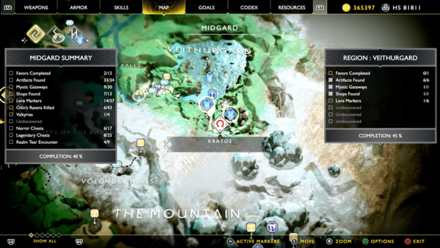 Daudi Hamarr can be found in the castle you'll have to make your way through as part of the Favor Otr's Imprisonment in Veithurgard. 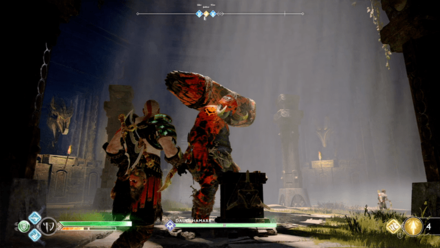 As Daudi Hamarr rises up from his prison below, it will take some of its time to roar at you if it doesn't attack straight away. Make use of this time to either attack it or maneuver and wait for it to attack before dishing out damage of your own. 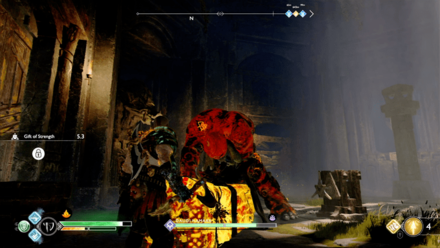 Like most Trolls, Hamarr has a habit of throwing down its weapon flat on the ground. Getting caught in these types of attacks is enough to cause you to stagger or fall to your back. This is also an opportune moment for you to attack the beast himself by dodging away and countering until Hamarr moves into another attack. 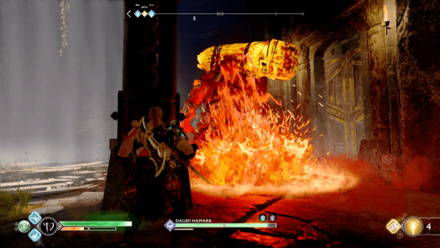 The Troll will stomp its foot on the ground, causing a wave of lava to burst up from the ground. These are easily avoidable, provided you have ample space around you. Another form of this attack will see the Troll jump up, landing on top of you with his feet. 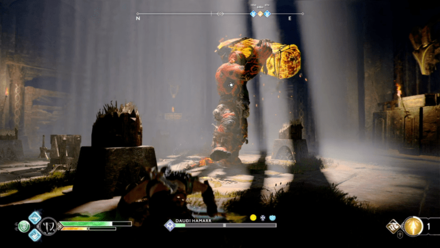 Causing Hamarr enough damage will send it into a crazy frenzy, as it will swing its weapon around wildly. It is best to avoid these strikes rather than potentially be caught in a stun-locked state.

As fire is its primary element, your Blades of Chaos is useless in this fight. Make heavy use of your Leviathan Axe and any Runic Attacks for it you may have to deal great damage on the Troll.

In order for us to make the best articles possible, share your corrections, opinions, and thoughts about 「How to Beat Daudi Hamarr | Boss Fight Guide | God of War PS4 (GoW 4)」 with us!