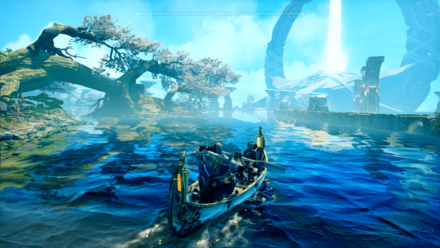 Though there are plenty of challenges, enemies, and bosses that will impede progress in God of War, certain builds can be used to power through each one. Whether players intend to tank hits or dish out as much damage as they can in quick succession, read on to learn more about the different types of builds that can be used on Kratos! 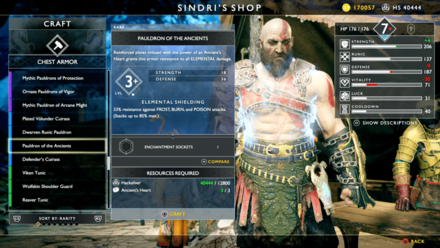 From early-game until the players cross over into the midway point of the story is when players will suffer most from damage taken from elemental attacks. As such, players may notice that early on, dying is pretty easy when fighting against higher level enemies that make use of the elements against you.

How to Get the Ancient Set 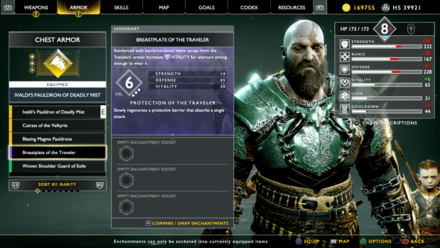 Having a tanky build is good for players wishing to last longer against tougher mid-game enemies and events that occur. This build in particular is, in fact, a reliable build that players can take all the way through to the end-game, carried only offensively by the kind of weapons and Runic Attacks players decide to bring to bear.

Providing boosts to both health and defense, the armor set also will allow players to negate 1 hit they receive from enemies, which offers players time they might need in situations where one hit can spell the difference between life and death.

How to Get the Traveler Set 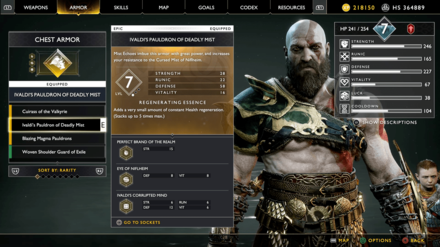 Using Ivaldi's Deadly Mist armor set as a base template for the build, this build is intended more for players who enjoy getting into the thick of combat before separating themselves from enemies to recover. With the armor set's HP Regen properties, players of this build will get to more than go toe to toe against some of the game's tougher late-game enemies while soft-tanking hits they receive.

How to Get the Ivaldi's Deadly Mist Set 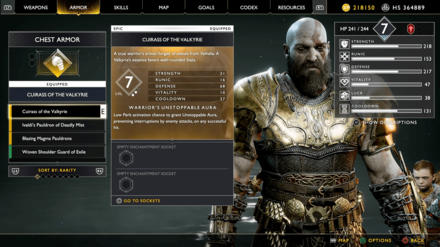 With the Valkyrie Set as the base template for the build, players will have a thoroughly enjoyable time bashing their way through enemies in quick succession. Boasting a high perk cooldown effect, the armor – paired with Enchantments that increase Rune strength – will allow players to take care of enemies faster than normal. Spamming runes is the way to go with this build, ensuring that even tougher bosses such as Baldur can be taken care of easily.

How to Get the Valkyrie Set 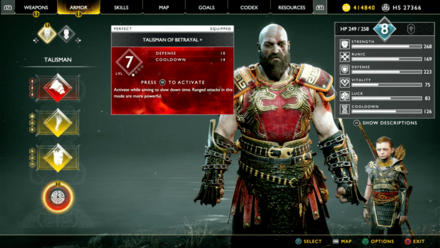 For New Game Plus enthusiasts or for people who wish to tackle the game on a second run with a previously finished save on a higher difficulty, using the Ares Armor Set as a base for any build is one perfect way to start and end a run. Boasting high stats only matched and surpassed by the Valkyrie+ Set later on, this build is meant more for a playstyle that really gets into the thick of combat.

This build will allow players to more easily build up and eventually use Spartan Rage which, in a game where enemies will often crowd you for hits, especially on higher difficulties, is a useful trait to have in order to gain the benefit of incredible crowd control.

How to Get the Ares Set 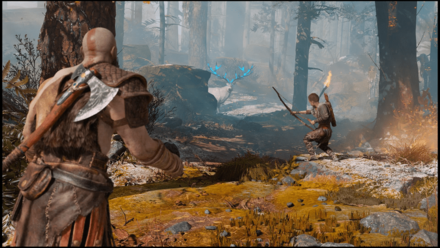 Although the game has a linear direction in how you can move from area to area, tackling enemies as you go with a difficulty curve that isn't too steep, changing up your builds every now and then will help to not only raise your Levels, but also allow you to better stay in-step with the various collective of enemies you run through in-game.

This is why for builds for Kratos, there are three points in the game, or "segments" where certain builds are recommended: Early, Mid, and Late Game. This is due not only to the fact that enemies become tougher as you go along, but also because higher-tier gear only becomes available from either the shop or through discovery once you progress through the story. 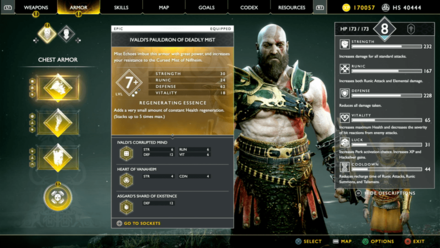 At the start of a player's journey, God of War makes it a point to show the player early on that levels matter as the player will find some variable difficulty in facing enemies a level or two higher than them. However, this level difficulty falls off by the time a player manages to find themselves at Level 7 onwards – it is at this level where enemies levelled higher than the player can become more than manageable to take on.

How to Level Up | Leveling Guide

Builds in God of War rely heavily on Armor and Pommels more than it does on the different Enchantments and Runic Attacks that players decide to make use of.

By and large, armor sets already provide different perks and bonuses to a player, as well as a level increase, that every other attachments to these will only largely affect a player's playstyle and how they want to commit to certain situations.

In order for us to make the best articles possible, share your corrections, opinions, and thoughts about 「Best Builds for Kratos | God of War PS4 (GoW 4)」 with us!