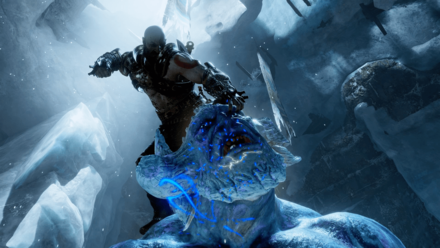 This is a guide on how to beat the Stonebeard King in God of War PS4 (GoW 4). This page will explain its attack patterns, behavior, and tips and strategies on how to deal the most damage you can against it and take minimal damage at the same time. 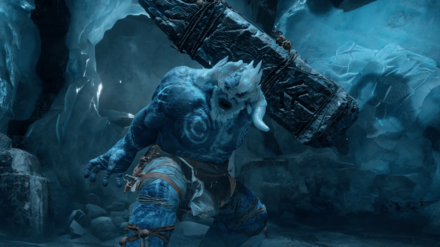 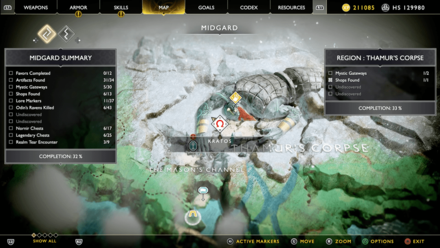 As you make your way to the chisel during the quest The Magic Chisel, you'll come up to an ice room, where you must use a red crystal to move forwards. Destroying one of the walls will release the Stonebeard King. 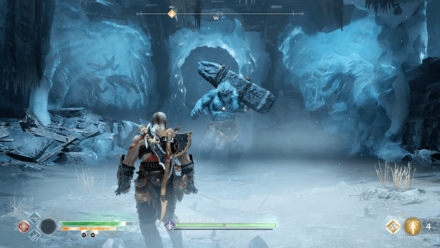 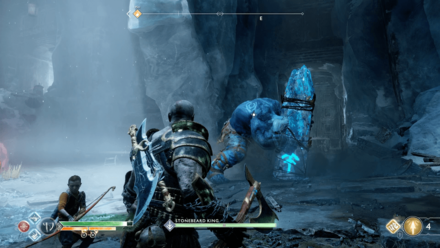 The Troll will stalk towards you and slam its Stone Pillar down to the ground. Unlike other Trolls with a similar attack, there is no area of effect added to this strike. 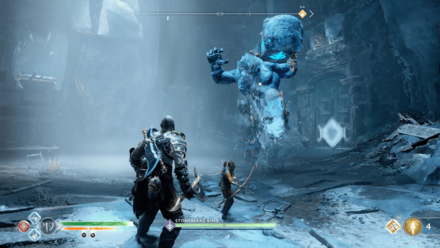 The King will stomp its feet, sending a wave of ice straight at you. Block or dodge this. 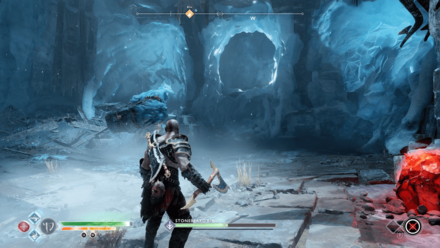 If you deal it enough damage, the Stonebeard King will swing its Stone Pillar around wildly before finally finishing up with a slam. Avoid these strikes, and counter attack once it has ended. 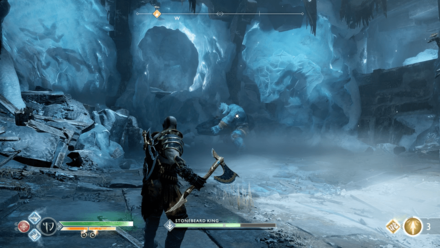 A special attack, the Stonebeard King will rear its Stone Pillar high before slamming it into the ground. Spikes of Ice will appear around you, which is important for you to avoid as these will explode after a short while.

Very easy fight, complicated only by the appearance of Wolves that run around the battle ground before attacking you. Its recommended to take care of these first before striking back at your main target for the fight.

Post (0 Comments)
Opinions about an article or post go here.
Opinions about an article or post
We at Game8 thank you for your support.
In order for us to make the best articles possible, share your corrections, opinions, and thoughts about "How to Beat Stonebeard King | Boss Fight Guide" with us!
When reporting a problem, please be as specific as possible in providing details such as what conditions the problem occurred under and what kind of effects it had.