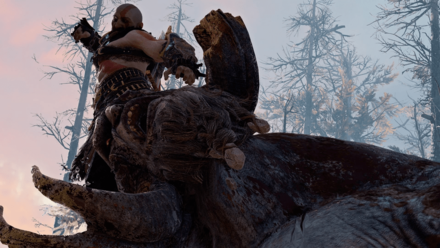 This is a guide on how to beat Daudi Kaupmandr in God of War PS4 (GoW 4). This page will explain its attack patterns, behavior, and tips and strategies on how to deal the most damage you can against it and take minimal damage at the same time. 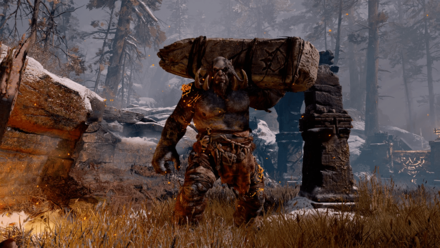 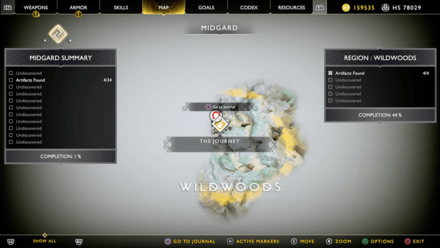 During the quest, The Marked Trees, you'll be in a scenario where you have to hunt a deer with Atreus. During your hunt, you'll be accosted by Daudi, who will try to steal your deer.

Daudi will be the first boss that you'll encounter in God of War. As such, high powered gear isn't important – this is rather an opportunity to observe how other Trolls like Daudi will behave in future boss battles. 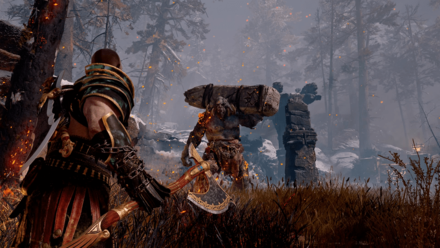 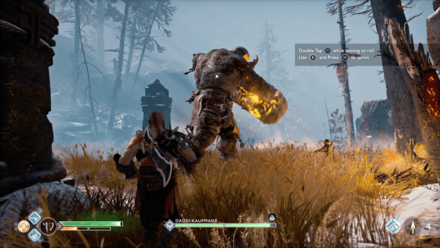 The most common of his attacks, Daudi will do a sideways thrust of his Stone Pillar to hit you, followed immediately by slamming the same pillar down on you. Dodge these and strike critical hits against the Troll as he is in the middle of the two attacks. If you can manage, roll behind him to strike. 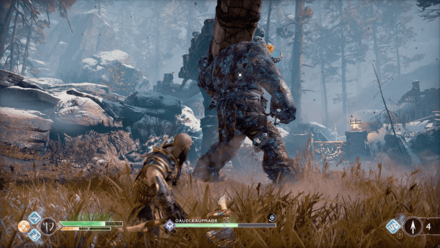 His only defense against your attacks will be an area of effect stomp of his feet on the ground when you strike. Roll out of the way or block this. 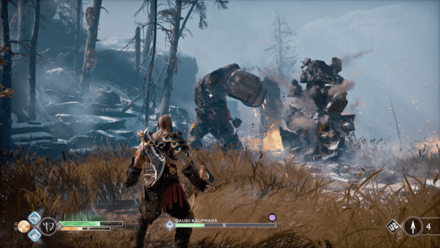 The last of his attacks that you'll have to worry about, Daudi will swing its Stone Pillar multiple times around without abandon. Simply stay of the way of this one and try throwing your axe against him while he is in a rage.

Overall, since Daudi will be your first boss encounter ever in God of War, he is not difficult to defeat. Simply try and keep moving, particularly when he comes in for a strike. Evade, strike back, and evade again. When he goes in for wild swings with his pillar, keep at a distance and throw your axe to cause some damage.

In order for us to make the best articles possible, share your corrections, opinions, and thoughts about 「How to Beat Daudi Kaupmandr | Boss Fight Guide | God of War PS4 (GoW 4)」 with us!