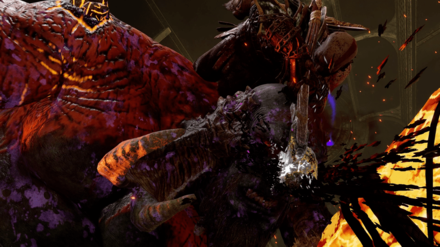 This is a guide on how to beat Daudi Munr in God of War PS4 (GoW 4). This page will explain its attack patterns, behavior, and tips and strategies on how to deal the most damage you can against it and take minimal damage at the same time. 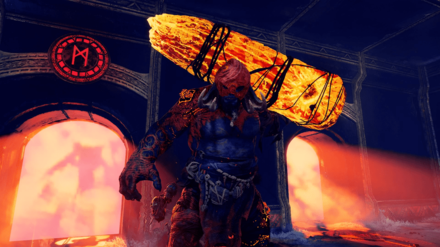 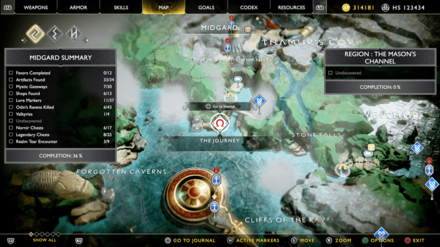 Daudi can be found inside the Jotunheim Tower in the Realm Between Realms during the quest Between the Realms. 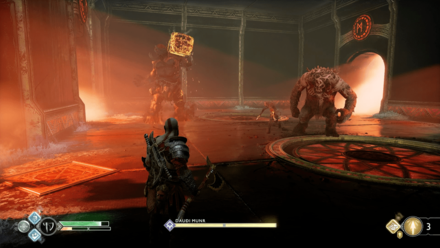 Daudi himself won't immediately spawn once you reach the level for Muspelheim. However, an Ogre does appear immediately after the doors open. It is best for you to strike as much damage as you can against the Ogre, before Daudi and the Draugr appear. 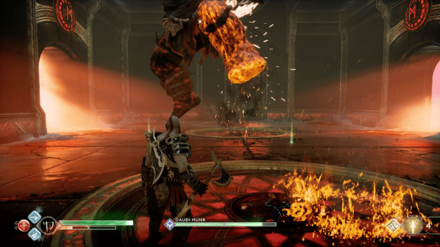 The Troll will jump straight towards you, slamming its foot on the ground and creating a fiery hazard. Avoid this, and move away from the hazard for a more spacious area to fight in. 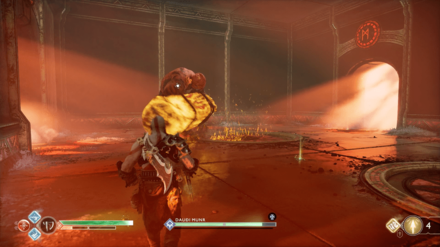 A regular Troll attack, where he swings his Stone Pillar at you. Dodge these strikes and take advantage of the momentary lock in his animation for you to strike at him. 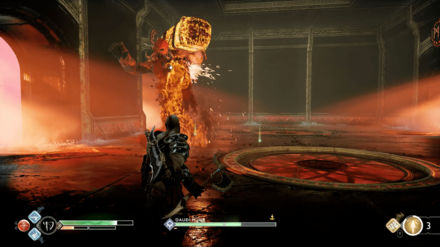 He will stomp his foot, creating two hazards. One beneath his feet, and the other beneath where you stand. Even if you are far away, the hazard will be spawned, with an additional damage once he twitches his foot. 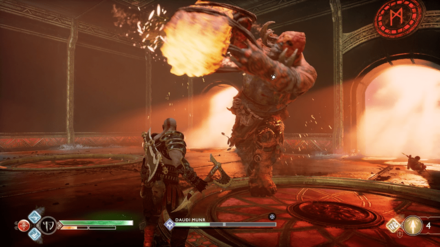 Once you've dealt it enough damage, it will grow desperate and swing its Stone Pillar around wildly. Just keep your distance and avoid these.

The process of getting to Daudi will be a difficult one, particularly on higher difficulties. You will have to fight your way through several waves of Draugr and Hel-Walkers before finally coming up against the Troll. Its a good idea to dispatch the Draugr and the Ogre that spawns alongside Daudi, but keeping the Ogre around long enough for you to deal damage against the Troll uncontested is also very beneficial.

In order for us to make the best articles possible, share your corrections, opinions, and thoughts about 「How to Beat Daudi Munr | Boss Fight Guide | God of War PS4 (GoW 4)」 with us!