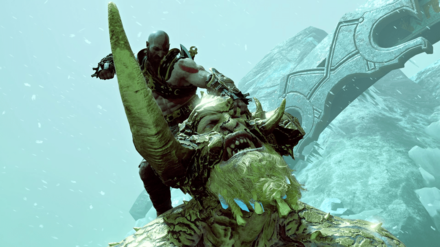 This is a guide on how to beat Mattugr Helson in God of War PS4 (GoW 4). This page will explain its attack patterns, behavior, and tips and strategies on how to deal the most damage you can against it and take minimal damage at the same time. 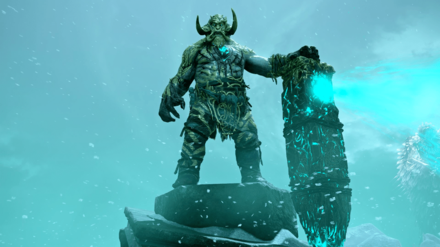 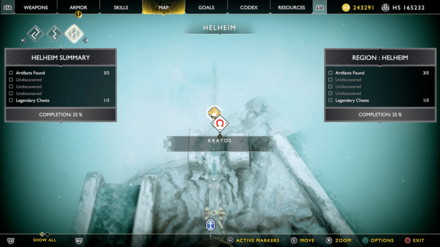 You'll find the troll Mattugr Helson at the end of the Bridge of the Damned. 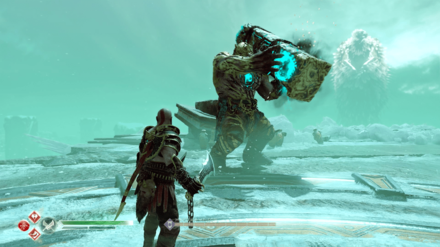 Regardless of whether or not Mattugr strikes first, you must find a way to get closer to him. Be wary of his ability to flash in and out of places near you, as he tries to do this to get a close strike. Use your Light or Heavy Runic Attacks to open the match. 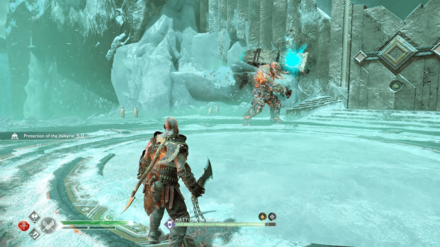 Similar to other element based Trolls, Mattugr will throw ice at you. These are dodgeable, and is the recommended course of action for you to take as it allows you to get nearer to him. 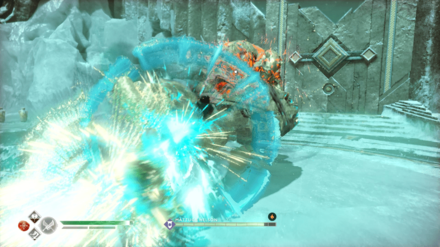 The troll will try the normal routine for most trolls, which is to swing their Stone Pillar at you. Mattugr however is unique, as after every swing he will disappear and then reappear near you for follow up strikes. Dodge these and counterattack once he's finished.

A variant of this attack will be him flashing directly towards you and just slamming his Stone Pillar down. Evade and counterattack. 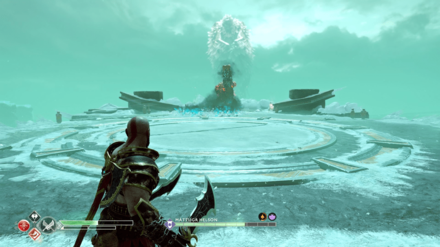 He will send waves of ice at you, usually three at a time. Although these hits are blockable, they will stagger you, and when he summons some help to aide him in the fight, blocking may cost you.

The fight with Mattugr is quite complicated due to the number of hazards you have to avoid. The first of these are blue orbs that, if they hit you, will cause you to stagger, while the second of these obstacles – the Hel-Broods – are annoying things to fight as they usually are summoned while Mattugr sends ice waves at you.

Post (0 Comments)
Opinions about an article or post go here.
Opinions about an article or post
We at Game8 thank you for your support.
In order for us to make the best articles possible, share your corrections, opinions, and thoughts about "How to Beat Mattugr Helson | Boss Fight Guide" with us!
When reporting a problem, please be as specific as possible in providing details such as what conditions the problem occurred under and what kind of effects it had.