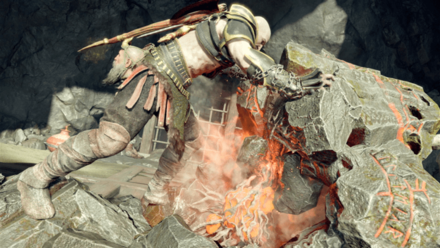 This is a guide on how to beat Soul Eater in God of War PS4 (GoW 4). This page will explain its attack patterns, behavior, and tips and strategies on how to deal the most damage you can against it and take minimal damage at the same time. 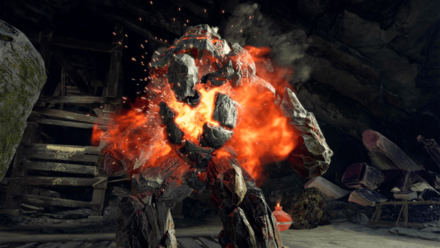 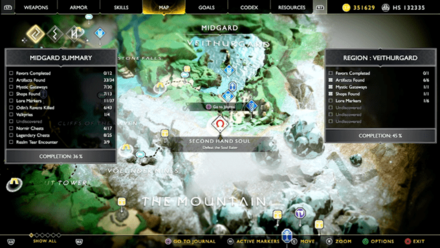 Soul Eater can be found in the Volunder Mines during the Favor Second Hand Soul. 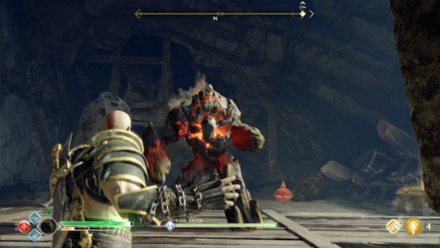 As soon as you step off the ledge into the Soul Eater's domain, it will turn around and stand in place for a few moments before the fight begins. Due to its hard exterior, it is not possible to cause it harm in this state. Wait for it to open up its chest instead, and run behind the pillar at the center of the room. 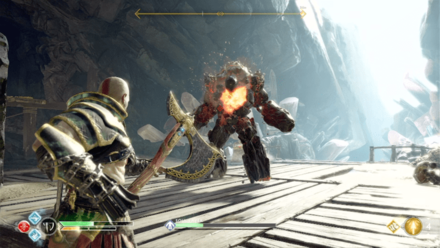 It's primary mode of attack, this Primordial will cross its arms over its chest – all before it opens both its arms and chest wide open, shooting balls of fire at you from afar. You can throw your axe at this opening, which casues pieces of the Soul Eater to break off. Pick these up and throw it back at the creature's open chest to cause significant damage. 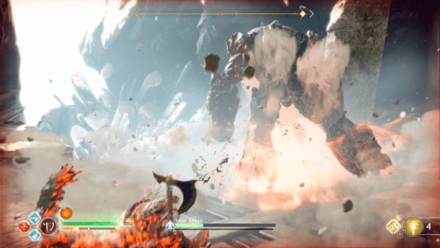 When moving close to it, Soul Eater will quickly kneel down, pumping its fists in the ground that causes a small pulse of fire energy, which can cause you to fall flat on your back. There is little you can do in this scenario except to move away. 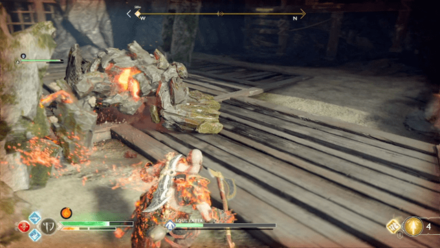 Despite its ominous name, going through a fight against the Soul Eater isn't particularly difficult. There will be a stone pillar in the center of the area you fight it in; use this to shield yourself from its Fire Projectiles. Having a good angle can allow you to throw your axe or its explosive pieces into its chest without exposing yourself.

Register as a member and get all the information you want. (It's free!)
Login
Opinions about an article or post go here.
Opinions about an article or post
We at Game8 thank you for your support.
In order for us to make the best articles possible, share your corrections, opinions, and thoughts about "How to Beat Soul Eater | Boss Fight Guide" with us!
When reporting a problem, please be as specific as possible in providing details such as what conditions the problem occurred under and what kind of effects it had.